Facebook’s Libra Cryptocurrency: Here’s everything you need to know

On the July 15, 2019 week Facebook met a US congressional committee to talk about its ambitions and intentions behind the digital currency called Libra.

The US congressional staff probed Libra executives as well as some notable cryptocurrency experts at the hearing. They asked them all sort of details about Libra’s mission and intentions.

The takeaway of the hearing stood at the conclusion that Facebook Libra might pose a risk to the global financial system.

But the Blockchain experts and enthusiasts across the world couldn’t care less.

The Blockchain and Crypto centric enthusiasts are used to governments taking their sweet time in getting adjusted to the idea of digital currencies operating next to fiat currencies in the ecosystem. Making this dislike towards Libra an obvious step.

But this is no way a sign that Facebook will stop pursuing Libra and Calibra further – it simply means that there might be a delay in the official launch.

Acting under the impression that Libra is here to stay, let us do our share of dissection of the soon-to-be-launched Libra cryptocurrency.

It was mid of an otherwise terrible 2018 (since Facebook was only getting over the Cambridge Analytica scandal) when the seeds of Libra were planted.

In the May of 2018, it was announced by the social media giant that it would establish a Blockchain division which would be looked over by David Marcus – the man behind Facebook Messenger.

In a few months, in December 2018, the rumors of Facebook building a cryptocurrency started doing rounds. The cryptocurrency was to be developed to make it possible to transfer money on WhatsApp. To ensure that the currency was not as volatile as your traditional cryptos, it was to be made a stablecoin.

After seeking $1 Billion in VC funding for Libra’s development, on June 2019, Facebook formally announced Libra and released its whitepaper.

In order to understand the intent behind Libra, it is very important to understand where the world economy stands in terms of banking. 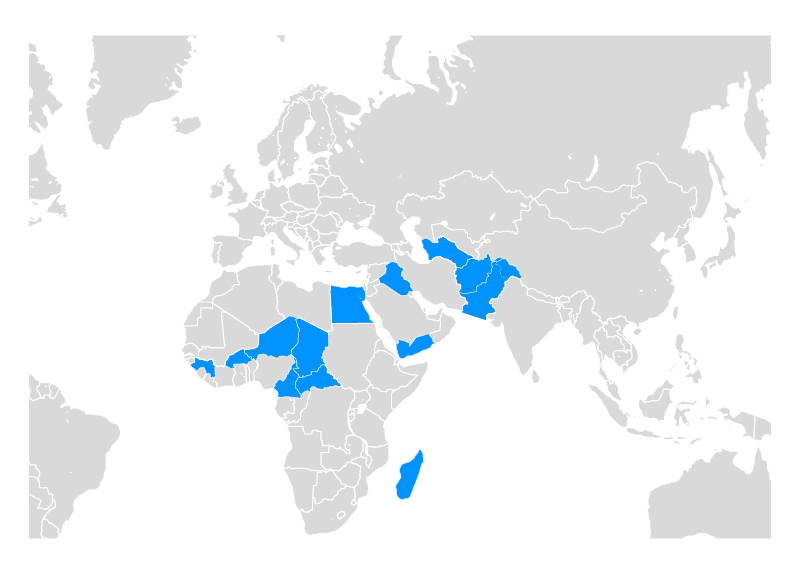 The map above presents the story of countries where less than 15% of the population has a bank account. On a global scale, 1.7 billion adults remain unbanked.

Facebook with its intent to launch Libra cryptocurrency on WhatsApp is out to change the picture. The social media giant plans on making it possible for this untapped geography to transact money and take control of their finances.

The whitepaper shared by Libra states “Libra is a simple global currency and financial infrastructure that empowers billions of people.”

The cryptocurrency will mainly have five essential components/features:

Facebook is aiming to have 1– members in the Libra association before the cryptocurrency is launched. The final decision-making authority would lie with the association with Facebook maintaining a leadership role through 2019.

However, once the network is launched, all the Association members will have the same privileges, financial obligations, and commitments as the Founding Member.

Facebook has also developed a new digital wallet “Calibra” that will come in handy when interacting with Libra. The users would be able to send Libra through their smartphone through Facebook’s Calibra. In order to send funds to the Facebook Calibra wallet, Facebook will enable users to choose from a list of partnered partner payment providers – MasterCard, PayPal, Visa, and Stripe.

The transaction fees structure that Libra follows is same as Ethereum’s. Here are the components of Libra’s transaction structure.

Here was everything you needed to know about the new cryptocurrency which hopefully would soon become a mainstream query that Blockchain app development companies from across the world would receive.