Whenever the battle between Android and iOS is discussed, it is always said that Android app development takes more time than iOS. While this might seem true if you consider the platform fragmentation, it is not so in actual. There are ample  Android application development frameworks that empower you to build apps in a few minutes (even without coding experience).

Developed back in 2009, the Corona SDK is the top Android app framework for building apps for Android, Android TV, and Kindle Fire. The framework, which is also one of the leading cross platform frameworks, employs Lua for coding and empowers the developers. 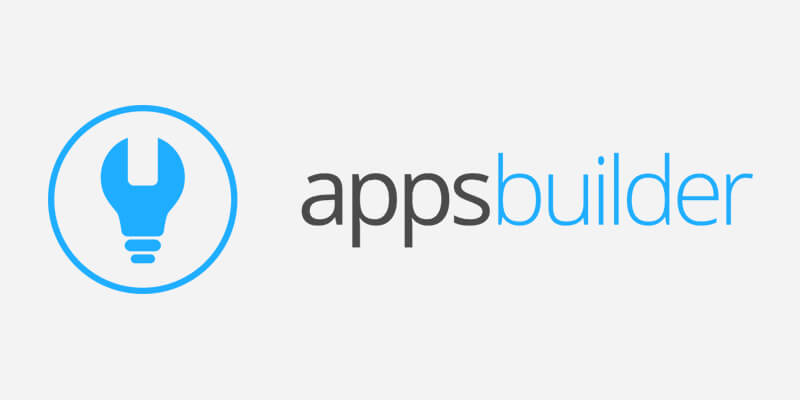 App Builder is a cross-platform app creator that lets the users create apps for Android, iPhone, iPad, and HTML Web apps with no coding knowledge or need to hire an Android mobile app development company.

The framework, under the label of White label apps development, might seem easier and effective to use but has various limitations when it comes to beating the present day Native apps. To understand the concept in depth, read this blog: The Good, Bad & Ugly of White Labels Apps.

Dojo Mobile is an HTML5 framework that renders a myriad of widgets with which you can develop web-based apps for iPhone, Blackberry, and Android. These widgets, as per the top mobile app developers, work best with WebKit-based browsers, like Safari, Chrome, and IE10 to name a few due to its dependency on CSS3 features. However, the widgets should be taken into practice in a ‘graceful degradation’ manner even for non-CSS3 based browsers, where you will be able to run the app but won’t have access to effects like animation, and gradient color.

The Android app development framework has dependencies only on other Dojo/Dijit modules, making it ideal for making lightweight apps. And thus, targeting users from developing areas having limited RAM phones. Apart from this, the platform has its own small parser but holds the potential to bootstrap your Android mobile app. 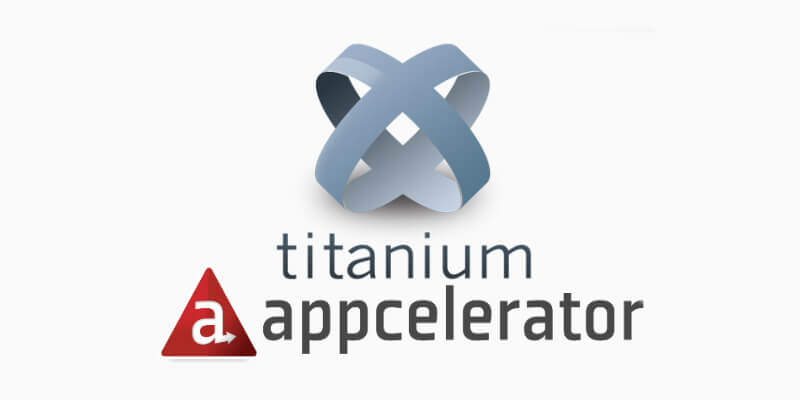 The top mobile development framework is known for building mobile apps that run on multiple platforms by reusing somewhere around 60%-90% of existing code.

According to the top Android app developers, a mobile app developed using Titanium SDK can use hardware-specific features like Android menu button, employ OS-centric controls such as Cocoa UI controls, and even take advantage of platform-appropriate notification mechanisms.

To know more about this Android Application framework, check Titanium on GitHub. 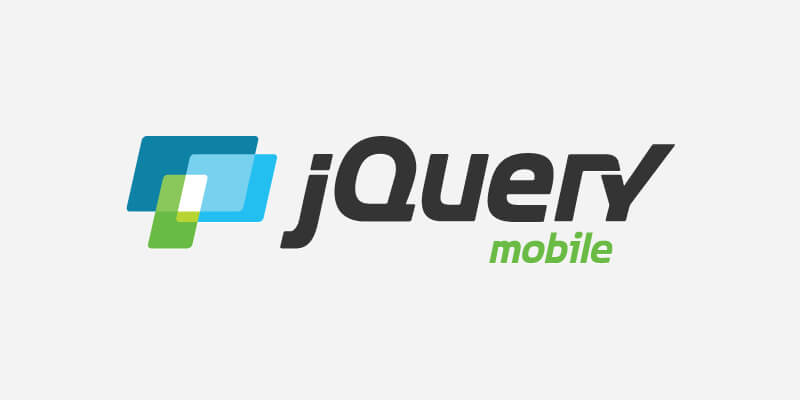 jQuery Mobile is a touch-optimized mobile JavaScript framework, developed with the perspective to create a framework that gels well with a myriad of smartphones and tablet computers. It is compatible with other mobile development frameworks like PhoneGap and Worklight, and empowers you to build custom theme based applications for Android, iOS, Blackberry, WebOS, and Symbian operating systems, and has a minimal learning curve for developers already familiar with jQuery syntax.

The Android app framework renders you with UI widgets that are platform- agnostic, automatically scale the codebase to any device screen, as well as run the app developed swiftly – all thanks to the limited dependencies of jQuery Mobile framework on other resources and tools. 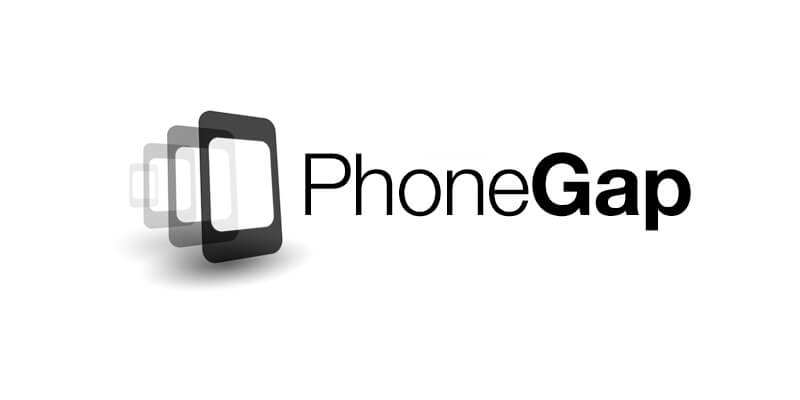 Introduced by the team behind Apache Cordova, the PhoneGap framework is an open-source Android application architecture that lets you launch an app using web development technologies (HTML, CSS, and JavaScript). And the best part is that you can develop apps within a few minutes.

To get more insights about this Android application framework, refer to the official PhoneGap help reference.

Xamarin is one of the cross-platform Android development frameworks that is Ecma standard-compliant and comes with a .NET framework along with a number of compatible software toolsets. It also enables the developers with a single C# codebase which can be used for generating native apps for almost every key mobile operating system.

The way the app logic is shared with multiple platforms makes Xamarin one of the best platforms for Android app development. The application logic which is essential for UI layer, like the web service calls, input validation, and the interaction with database along with the backend enterprise integrations is coded only once C#, thus saving the developers’ efforts.

Next in our list of best android libraries and framework is NativeScript. Through NativeScript, you can use JavaScript, Angular, and TypeScript for building applications.

To make new Android mobile app developers acquainted with the modern Android framework, the official website is made very extensive with resources and real-life applications through codes.

Ionic is one of the Android development tools that helps developers create and deploy native apps binaries on the cloud with the help of Ionic Package in order to get from coding stage to app store launch with zero platform dependencies or difficult build steps.

It is also one of the only mobile development frameworks for Android applications that lets you view and manage all the Ionic apps in one main, shared dashboard having live activity modules for seeing how the development process is progressing.

It is the best Android framework 2022 and the reason behind this denotation is the full-bodied data package, which we will get to in some time. Sencha Touch is one of the most advanced Android frameworks and libraries used for developing universal mobile applications.

Created by Facebook, React native has grown to be a part of various popular mobile apps active in the stores today. Because React Native makes use of the same UI building blocks that you use when you create an app for Android, it becomes almost impossible to mark a difference between a React Native app and one developed with the help of Java and Objective-C.

The best thing around React native is that it uses Java, the most used programming language for android app development. This lowers the learnability curve to a massive extent.

Designed and maintained by Google, it is one of the best cross platform app development frameworks for building cross-platform apps in a unique approach compared to other frameworks. It is written in Dart language and uses a single codebase. Flutter uses a 2D rendering engine called Skia for visuals that are similar to material design and the Cupertino style. Moreover, this best mobile app development framework has best-in-class hot-reload functionality, which allows for seamless testing without the need to restart the application.

This is the newest full-featured Android app development platform. It is an open-source mobile HTML framework that just needs an HTML layout and CSS and JS files to get it up and running. Developers who know HTML, CSS and JavaScript can easily flow with Framework7. This top-notch mobile application development framework focuses on crafting optimum experience and simplicity. 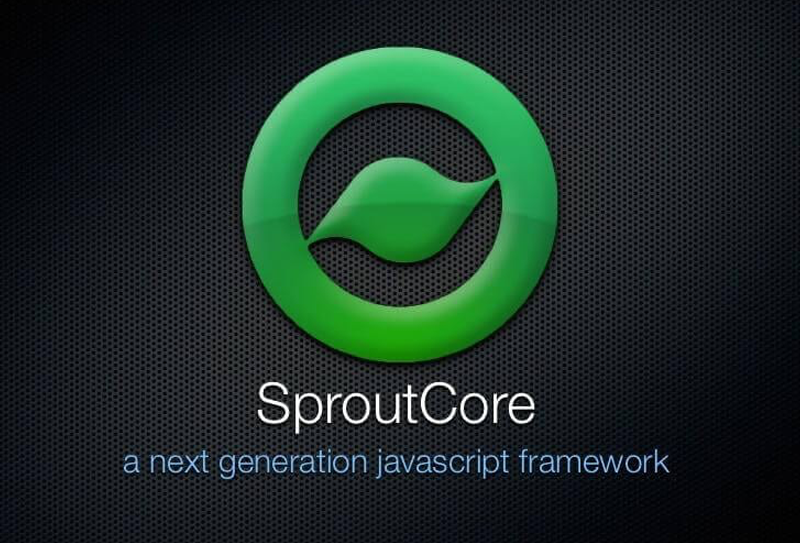 SproutCore is an open-source Javascript framework used for building super-fast apps with sophisticated features. Developed by Apple, this one of the best Android development platforms offers a clear MVC design that enables performance optimization and scalability for applications. As opposed to other JS libraries, this mobile application development framework includes an extensive set of more than 50,000 tools. Thanks to its maintainable application code and a well thought out business logic, the framework has become one of the best in its field.

Cordova is the best framework for Android app development that allows developers to build multi-platform apps using a single code base. It is a hybrid framework that enables app development based on standard web technologies, including JavaScript, HTML5, and CSS3. Also, it can access native device APIs, making it difficult to identify whether the app has been developed using a native language or not. Cordova also provides support for offline scenarios.

1. What is the best framework for Android development?

The choice depends on your app specifications, tech stack involved, and more.

2. What programming language are Android apps written in?

While the official languages for Android app development are Java and Kotlin, the applications are also written in other languages like Python,C, C++, etc, – thanks to these frameworks.

3. How do I make my Android app native?

4. What is the framework in Android?

An Android UI framework is said to be code stack that builds a development environment that comprises of native Android libraries which can be used by developers for designing UI, handling user interactions, working with databases, etc.

5. Which is the best Android development tool?

It depends on your choice.

6. Should I use Kotlin or Java for Android?

The answer varies depending on the type of app you want to build, the tech stack, target audience, and more. So, it’s better to consult with the top Android app development software company for making the right decision.

7. Can you write Android apps in Python?

8. Which is the most used Android Studio Framework?

PhoneGap is one of the most used Android frameworks. Coming from the experts behind Apache Cordova, it is an open-source framework which uses CSS3, HTML5, and JavaScript for developing cross-platform apps.

9. Which Android native app development framework is most precise for you in 2020?

We are excited about quite a handful of android application development frameworks. But the one we are fairly optimistic about is NativeScript. It is an open-source framework which is used to build apps on Apple and Android. The apps made in NativeScript are developed with the help of JavaScript.

Selecting the right framework for Android app development is a complicated process. If you are looking for a one-shot solution for building the best android apps 2022, you should know that what works best for one company might not work for another. First, you should consider the capabilities of each framework and then focus on your business goals. After that, pick up from the platform mentioned above based on your business needs. In this way your choice will definitely have a positive impact. In case you still have any query regarding Android frameworks, you can contact a reputed Android app development company USA. They will guide you through the whole process and make things simpler for you.