The open-source Flutter SDK is a Google UI toolkit that creates attractive, natively compiled mobile apps, from a single codebase.

With apps being downloaded and used by millions of people in a rapid way,  the mobile app development is skyrocketing.

There are many companies that are making use of this trend and contributing to the increase of app downloads. Here are some facts:

Did you know that android users can choose from 2.7 million apps, making Google Play the biggest app store?

The Apple App Store is the second-largest app store with almost 1.82 million available apps for iOS.

You should know that the accurate number of applications change because both the app stores regularly remove low quality content from their app stores and accept apps from the developers on a daily basis. However, the number of apps has been steadily increasing over the years.

However, the number of apps has been steadily increasing over the years and the increase in apps is from both mobile apps and web apps. Yet startups are confused regarding what to choose between the two. 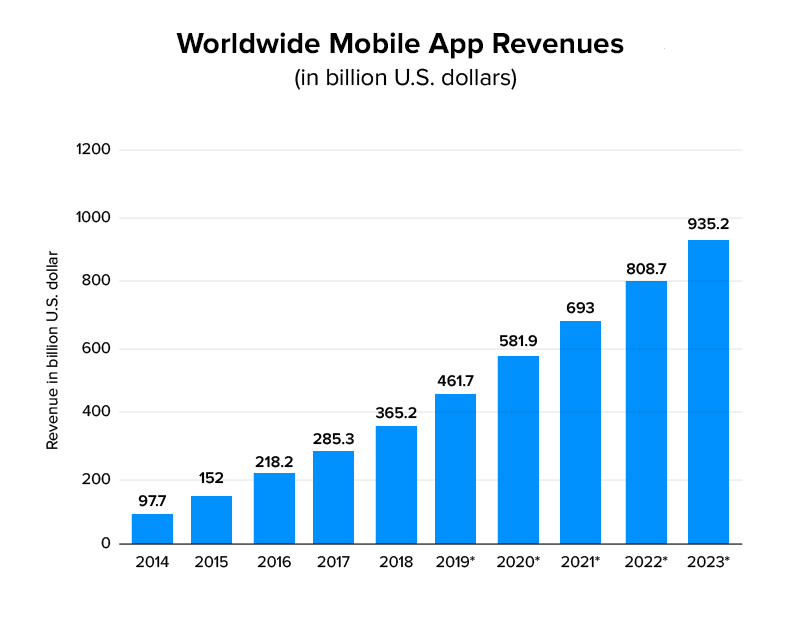 After reading the above facts and data,  it is clear that the app development market is rapidly growing, and mostly the startups are taking the lead in developing apps like enterprise apps with flutter and increasing their reach. If you have an idea and are confused about which platform to use, the best suggestion would be mobile app development with Flutter.

What Makes Flutter a Better Choice for Developing a Startup App?

As they say, numbers never lie. Let us look at some data revolving around Flutter app development services: 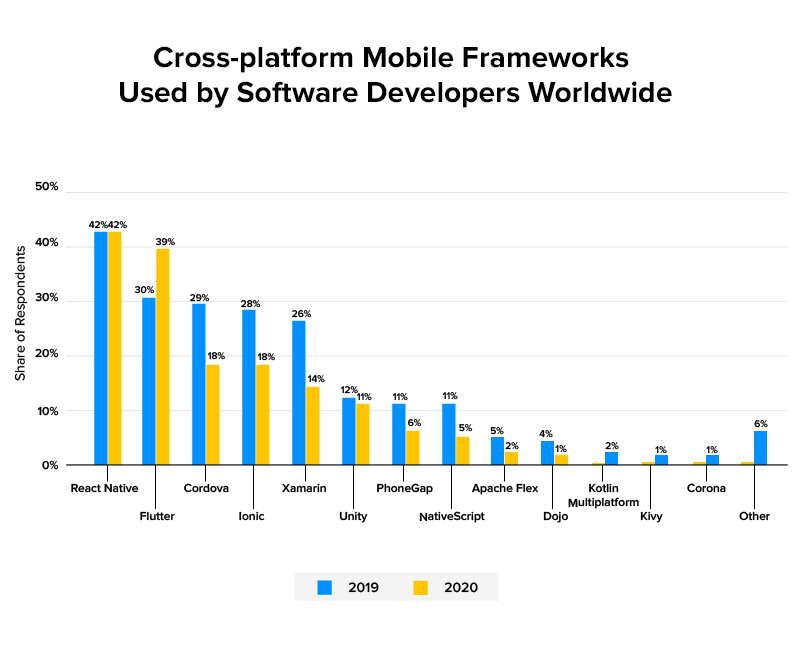 Creating a startup mobile app with Flutter is in vogue and why would it not be? Flutter provides mind blowing benefits! Let’s discuss some benefits, shall we?

Benefits Of Building A Mobile App With Flutter

Flutter cross-platform application development is a huge buzz creator due to its “Hot Reloading” or “Hot Restart” features. With the help of this feature developers are able to write codes and finish the project development in real-time. As a result, coders increase their productivity and save a lot of valuable time.

Flutter integrated apps provide a wide range of widgets including navigation, scrolling, fonts, and icons that are customizable regardless of the screen size. These widgets are easy to customize and make the app development process fast and simple.

3. Single code base for multiple platforms

The reason why Flutter is trending is because of its ‘write-once’ approach. Writing multiple codes for different platforms is no longer significant. Flutter mobile app developers only have to code once and not separately for both operating systems, that is Android and iOS, that is why Flutter is considered by most of the developers. As a result, Flutter makes the app development process as cost–effective as possible.

Flutter can customize almost anything visible on your startup app. Be it shapes, colors, shadows, clipping or transforming elements, Flutter allows developers to execute everything seamlessly. Hence, it is needless to say that Flutter makes the app development process flexible and simple without adding extra workload.

5. Potential to move beyond smartphones

If you want to create a startup app, why do you want to limit it to just smartphones? Flutter cross platform app framework works as a full-fledged development tool. With Flutter you app can function on any platform- Windows, Android, Linux, IOS etc.

Numerous companies are choosing Flutter to develop exceptional apps in record time. Due to all the benefits, features, and functions listed above, creating an app using

If startup app development companies choose Flutter, then it’s the correct choice made. Flutter eliminates the struggle of time constraint and limited budget faced by startups trying to release apps across multiple platforms. Also, it is a blend of all the best Google ideas and technologies, a mixture which results in the creation of a powerful mobile framework.

This one is a cliché but don’t all great applications begin with an out of the box idea? Once you have an idea, you need to conduct a market research and find out your target audience. If you wish to create an app then don’t just begin blindly; instead, dig deep and research the facts, concepts and competitors. It is always important to find out how you are better than your competitors.

A minimum viable product or MVP acknowledges business owners to validate their idea, gather feedback, and identify customer’s needs. MVP is useful in avoiding market failure and investing on a product that is not backed up by proper market surveys and research.

Being an open source, Flutter complements MVP development. With Flutter increasing the pace of the development process, the process has become more simplified and efficient. Also, Flutter’s compatibility with Firebase, doesn’t require you to separate backends for building simple MVP. Creating MVP with flutter provides an added benefit of delivery of an intricately designed solution.

Flutter not only provides us with native performance and hot reload for fast development but also access to beautiful, native components. The Flutter toolkit has opened a gateway to allow for a multitude of UI/UX and, by using its own source code, eliminating platform limitations.

Flutter is becoming an all-platform framework. What about when you want to use your startup app or a smaller or a bigger device? Be it a smartwatch, TV, laptop or smartphone. So, you can build native mobile apps using flutter to provide a wider range of devices that the app can function on.

Flutter’s adaptive components help you overcome such challenges. Adaptive layouts means how your app proficiently displays the UI on the device where it is being viewed on.

There is no need to build separate code for a multitude of devices, as Flutter already supports that using a single code-base. There are packages you can rely on which are equipped with native iOS & Android widgets to help your app give a platform-specific look. 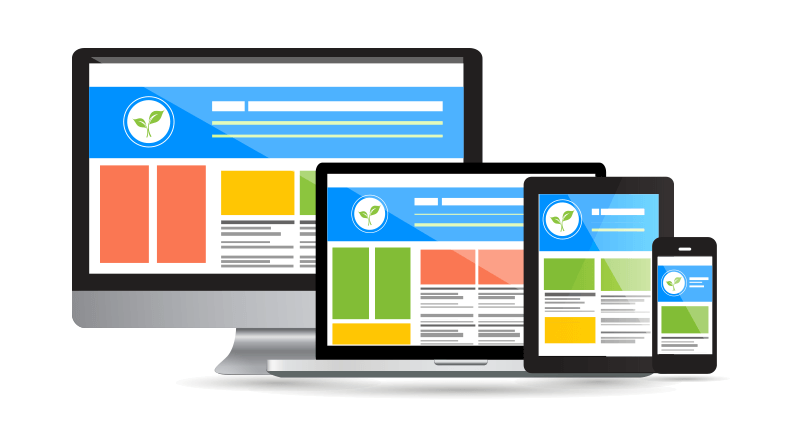 Startup mobile app development is a highly interactive process. The process includes- planning, development, coding, testing and reviewing. This is the step where you must look out for a Flutter mobile app company that can develop an android app using Flutter.

Flutter app development cost is typically efficient and scalable in comparison to other cross platform frameworks.

Once everything is in place, the next step is deploying your web server (API) into a production environment that is scalable. The second is deploying the app on Google Play Store and Apple App Store.

The current app development market is extremely competitive! In order to make a new app stand out within a limited budget, the product should be extraordinary enough to drive the attention of the crowd.

If you are launching your startup app, Flutter is the platform to choose as it allows you to develop user-friendly apps across multiple platforms in a cost-effective way. Unlike other platforms, Flutter app developers create apps with a smooth UI for their users.

Is Flutter Future-ready for Enterprise Apps?

Flutter is the future of app development that requires a platform with UI and support like native apps and capabilities like cross-platform apps. Flutter is king, or at least it will be when it comes to enterprise application development. This is the overwhelming anthem of voices rising from the helm of the mobile app development…