Cross-platform app development has its own merits which plays a major role in its current popularity. With the expansion of its reach, several cross-platforms app development tools and frameworks started to float in the market; slowly, and then all at once along with every other mobile app development company trying their hands at this interesting and one-of-a-kind technology.

The result – We now have a sea of such tools and frameworks which you, as a developer, may find overwhelming. To help you out in your quest of finding the most ideal and exemplary cross-platform framework, Here is a list of the best cross-platform app development frameworks that are a sure thing for you to choose for product development like node.js, react, flutter, PhoneGap, and others.

There are certain benchmarks that need to be cleared to declare something as “best” of that domain or category.

In the same manner, while determining the best cross-platform mobile development tools and frameworks, there were several prominent aspects that were considered, in order to truly see how every choice under inspection performed.

However, before jumping on to the list, let’s get the basics out of the way.

What Is a Cross-Platform App Development Framework?

To be concise, cross-platform is a type of software that has the ability to run on multiple computing platforms i.e., Android, iOS, Windows, Blackberry, etc. The apps built on this framework do not require separate coding for each platform, rather coding once will create the foundation for the app to run as efficiently on all platforms. It is one of the most popular methods in the app development domain today, which almost all the top mobile app development services companies swear upon.

Note: To gather an in-depth view, read this guide on cross-platform app development.

What Are The Best Frameworks For Developing Cross-Platform Mobile Apps?

Ionic is one of the most remarkable and popular cross-platform app frameworks, based on AngularJS. It allows developers to use a combination of top programming languages i.e., HTML5, JavaScript, and CSS and Cordova wrapper to access native platform controllers. 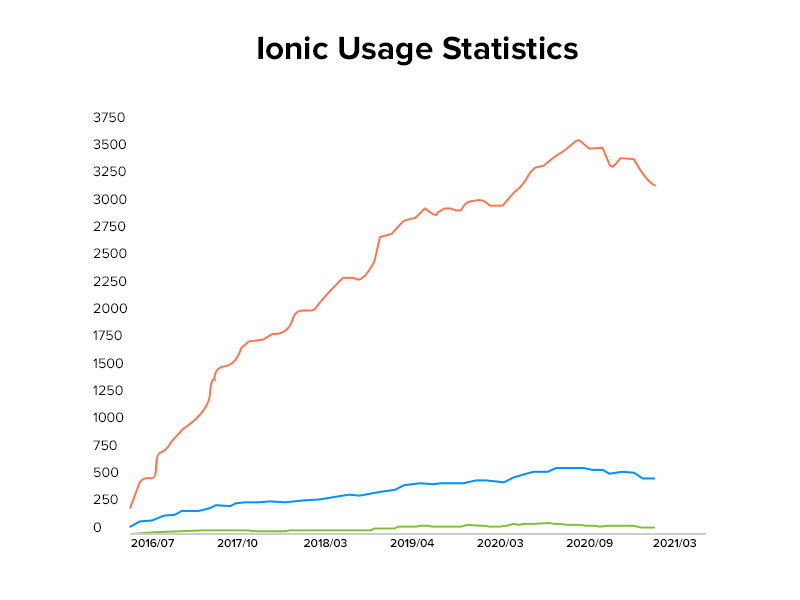 Ionic enables developers to create an impeccably creative user interface along with adding user-friendly features into the app. Apps developed with this framework are highly interactive and native-like, making Ionic a perfect candidate for PWA development as well.

When talking about cross-platform app frameworks, it is hard not to include React Native. It is a framework built on JavaScript and is used to write real code and give the native-like feel to mobile applications that work both on Android and iOS. Due to its remarkable features, it is not only a preferred choice of developers but businesses also trust React Native as the right platform for their apps.

React Native integrates the benefits of JavaScript and React.JS along with providing the advantage to developers to write modules in Objective-C, Swift, or Java languages. Moreover, by using the native modules and libraries in the React Native cross-platform apps, developers can also perform heavy operations such as image editing, video processing or some other operations which are not part of the framework APIs.

Google introduced an impressive cross-platform app framework named Flutter back in 2017. It is a software development kit designed to assist in the expeditious Android and iOS app development. It is also a fundamental and primary method for developing Google Fuschia apps.

Flutter offers apps that easily and effectively run on multiple platforms with uniformity and dynamicity.

Here are some of the remarkable features that make Flutter an ideal cross-platform framework among developers. 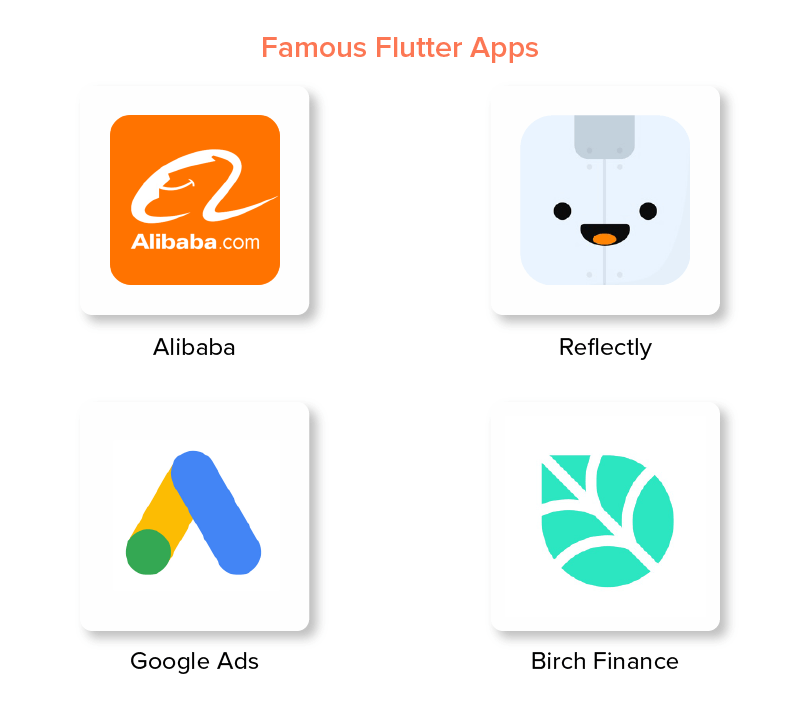 Xamarin cross-platform app development frameworks are significantly different from the frameworks we have discussed so far. It is a streamlined framework used for developing apps for Android, Windows, and iOS with the help of C# and .Net, instead of JS libraries and HTML. It allows the developers to use 90% of the code for building an app for three distinct platforms.

Xamarin delivers applications with aesthetics like a native app with the help of its amazing APIs, something which makes the decision making a lot harder between Xamarin vs React Native. Here are Xamarin’s features explaining why it is one of the best choices of cross-platform development tools for Mobile Development.

NativeScript passes as an amazing free cross-platform framework based on JavaScript. It wouldn’t be wrong to say that NativeScript is a preferable choice of developers looking for WORA functionality.

NativeScript also offers all native APIs, rendering an ability to the developers to reuse existing plugins straight from NPM into the projects.

Node.js is an incredible framework for developing cross-platform apps. Essentially, Node.Js is a JavaScript runtime framework built on the Chrome V8 JavaScript engine. It is an open-source environment that supports the development of server-side and scalable networking apps. Node.js cross-platform apps are inherently highly efficient and responsive.

The framework is capable of handling several concurrent connections together. It also comes loaded with a rich library of numerous JavaScript modules that help in simplifying the development of web applications. 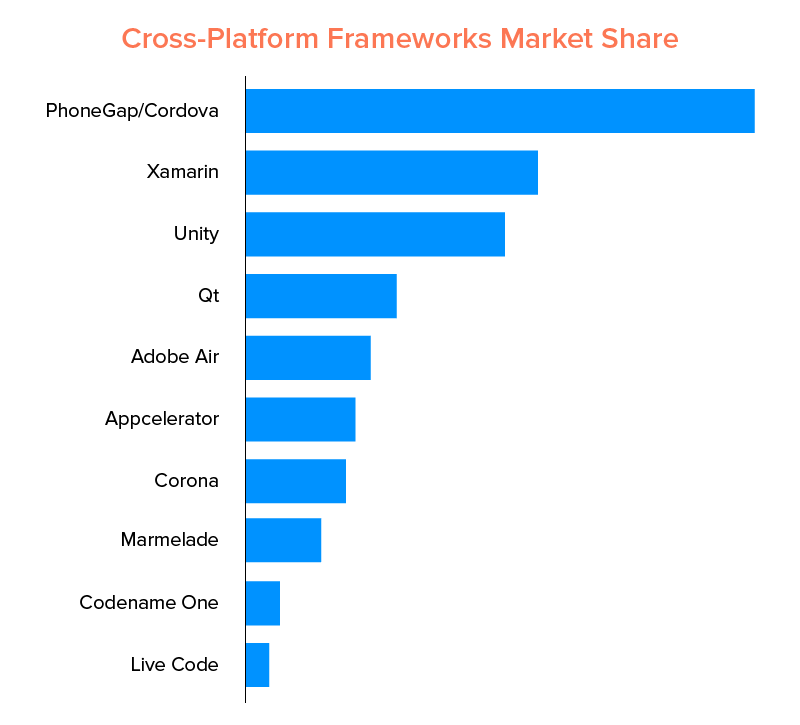 Phone Gap (Cordova) is one of the impeccable cross-platform frameworks for mobile development that makes use of CSS, JavaScript, and HTML5. It also offers a cloud solution to developers providing them the choice to share the app in the development process for feedback from other developers.

It develops impressive apps by leveraging existing web technologies. Another great advantage of PhoneGap is that it entirely supports in-built device features such as GPS, Camera, Phonebook, Storage, and so on.

Introduced nearly a decade ago, Sencha Touch helps in developing web-based cross-platform apps and is typically used to create efficient applications that use the hardware acceleration techniques. By using Sencha Touch, developers are able to create well-tested, securely integrated UI components and libraries.

In fact, it is possible to develop large business apps and maintain them effectively and easily. Some of the remarkable features of it are:

Corona SDK enables programmers to develop 2D mobile applications for all the major platforms, including Kindle and Windows.

It offers 10X faster mobile and game app development. The framework delivers remarkable results at the back of its backend framework’s reliability on Lua which is a lightweight and multi-paradigm programming language. The language focuses on the main elements of the development which are the speed, portability, extensibility, scalability, and last but not least, the ease of use.

What is more, it is a free-of-cost framework working both on Mac OS X and Windows while supporting real-time testing.

What Are the Benefits of Cross-Platform App Development Frameworks?

Maximum Exposure to the Target Audience

Utilizing a cross-platform mobile development approach empowers you to construct an application and send over different platforms, including the web. This implies that by building a single application, one can target both – iOS and Android platforms, hence, expanding their range.

Since there’s just one developed application that runs over all platforms, it is simpler to keep up and also send code or changes made. Updates can speedily be synced over all platforms and gadgets, consequently saving time and money. Besides, if a bug is found in the regular codebase, it ought to be fixed once. Along these lines, developers can save a great deal on time and money.

The speedy development process is another mutually advantageous situation with regards to creating cross-platform applications. Single source code for multiple platforms can help diminish the development efforts by 50 to 80%. It assists you with getting a feature rich business application in less time. The group of developers can fulfill the expected deadlines in cross-platforms application development.

Another beneficial thing about this platform is that the code can be utilized over and over. Rather than developers creating new codes for each platform, a single code can be reused. This saves time and resources since it disposes of repetition in the errand of making codes.

After considering all of the best options that a competent cross-platform app development company is looking for in this domain, there is nothing left but to wait and see how these frameworks compete with each other to stay in the competitive market, and how well they bode against the new frameworks entering the market as we speak.

Appinventiv is the most revered and reliable mobile application development company in USA, South Asia, and European Regions. We have expertise in building world class apps and have developed a number of apps that have created new milestones.

Q. What is a cross-platform framework?

Q. What is the best cross-platform framework?

Instead of just giving you a single name, how about we give you the names of the top 10 cross-platform frameworks. This will provide you with the advantage of choice from which you can pick any as per your suitability and requirements.

Q. How do you make a mobile app cross-platform?

Well, the answer is as easy as cutting a pie. You can choose from a wide variety of cross-platform app frameworks available in the market. These frameworks ensure that your app is smooth functioning and is able to run just as efficiently on all platforms as a native app.

Moreover, the easiest way out of this would be to choose an impeccable cross-platform app development company with the experience and proper tech stack needed for effective app development.

THE AUTHOR
Sudeep Srivastava
Co-Founder and Director
Prev PostNext Post
Read more blogs
You have a vision. We have a way to get you there.
Global Leader in new age digital product development
Speak to our experts