Top 15 Mobile App Development Frameworks in 2021 and Beyond

Which Frameworks Are Used For Mobile App Development? 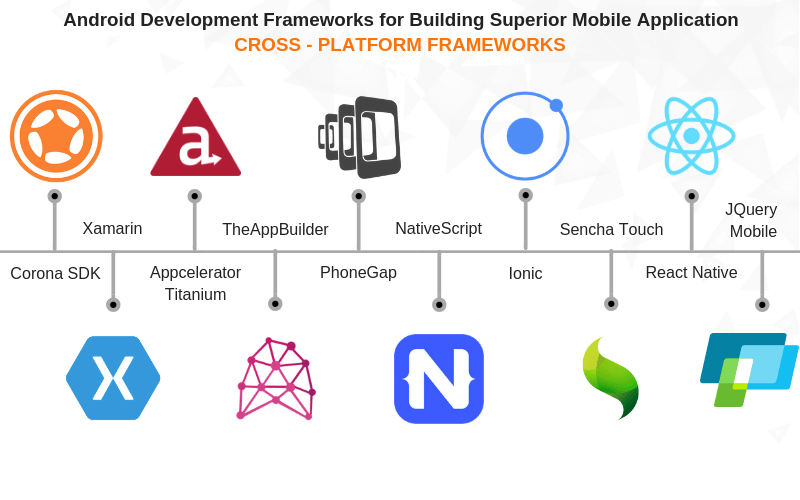 The PhoneGap framework for mobile app development platform enables people to see changes instantly. Moreover, it is a cross-platform development framework which allows app developers to develop in Javascript, HTML5 and CSS. This is the reason why it is one of the first choices for those developers who are interested in building hybrid apps.

The apps that are developed using Adobe PhoneGap not only ensures high-quality performance but also allows mobile app developers to develop apps without any hardware limitations. Other than the usual Android and iOS platforms, it can develop apps for Windows, Blackberry,  Mac OS, Ubuntu and Firefox OS. Additionally, the developers can extend its functionality by adding plugins that are associated with this framework. 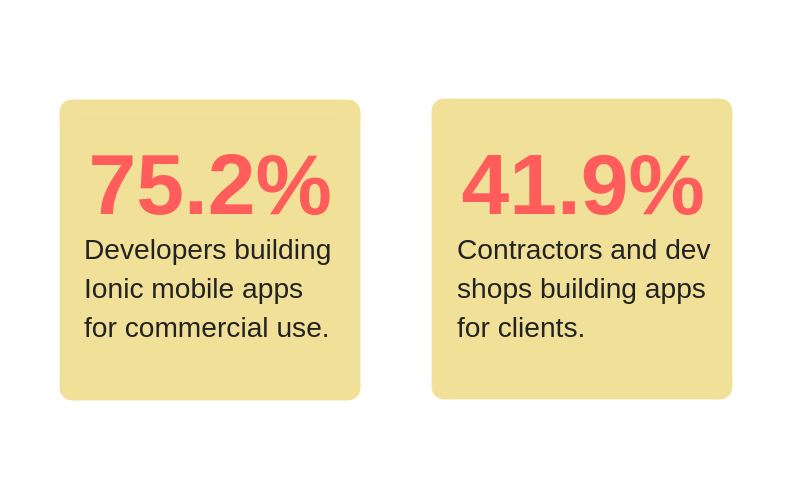 One of the Best Mobile Development Framework 2021, Ionic is the best framework for mobile app development software and also it’s free. It is quite popular among the app development frameworks. Ionic is basically a front-end network, which helps to build native-like mobile apps with HTML, CSS3 and Javascript. It works in an optimized manner on the latest mobile devices available and provides the best possible environment for the app to hit the market in the desired way.

An Ionic market is an online place where templates and projects developed by other developers can be downloaded. The Ionic lab components make sure that you test your app in the most popular among the platforms, Android and iOS.

The mobile app development platform has other advantages such as working with a powerful SDK called Angular. Because of its ability to build native like mobile apps, Ionic is a great framework for PWA development. It works well in combination with PhoneGap, Trigger.io and Cordova projects along with the accessibility of efficient core architecture, fitting simple to complex types of apps.

Xamarin is owned by Microsoft and is based in San Francisco. With the help of C# codebase, app developers can use Xamarin tools to develop for Android, iOS and Windows apps. These codes can be shared across multiple platforms including Windows and Mac OS.

In fact, it is also one of the 5 Must-Try Open Source Mobile Web App Frameworks, even when the React Native vs Xamarin comparison is in the picture.

Intel XDK is a cross-platform mobile app development framework for every app store. It helps you build apps with plugins, responsive apps, interactive apps and web services for any device. This best framework for mobile apps helps developers with development, testing, emulation, debugging and finally publishing the app. They have been making developments in the framework lately and now they have software support for IoT apps and Node.JS.

Intel XDK provides you with a live preview of the changes you are making while app development. There is also an option of drag and drop to create apps which is easy although it does create numerous unnecessary codes.

React Native is one of the best frameworks for mobile app development and is giving competition to Xamarin and Native Scripts. It was developed by Facebook and is used by Airbnb, Instagram, Tesla, Walmart and many other Fortune 500 companies. It uses the same UI building blocks that Android and iOS development framework does. This is why it becomes difficult to differentiate between an app built using React Native and an app build using Objective-C. 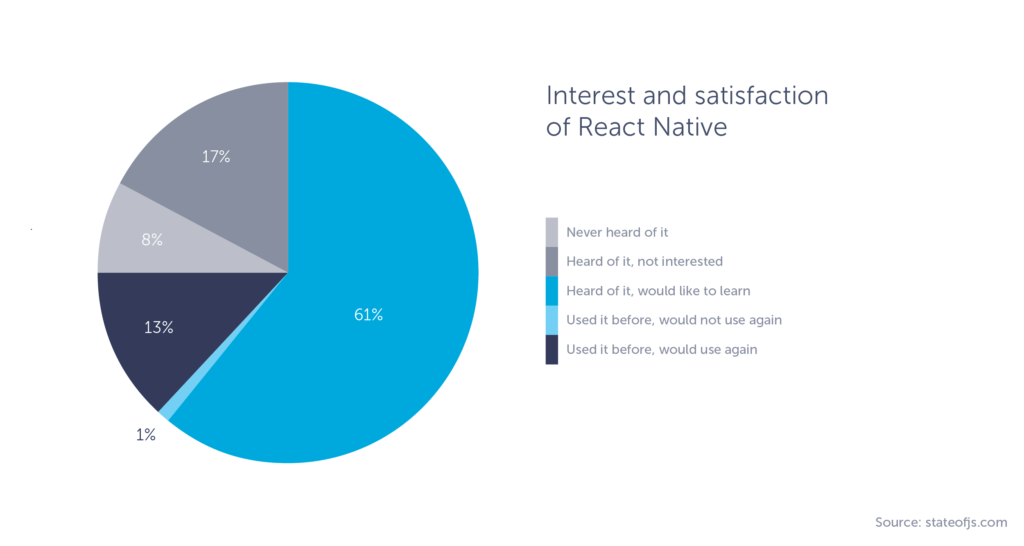 There has been debates on React Native vs Ionic quite often since both are top preferred frameworks. But one of them is more liked. Because of its rich UI, React Native framework gets so much attention by the developers. It helps you build an actual app with great performance using JavaScript framework which has changed the scenario of the development world.

Flutter came unannounced and made its place as one of the best hybrid mobile app development frameworks. What makes Flutter app development software unique is that it uses 2D rendering engine known as Skia to create visuals. These visuals are made to look like Material Design and Cupertino style widgets but in reality, they are not. The framework allows ease of testing to developers without restarting the project if any error occurs.

Flutter, even though backed by Google is not just a Popular Android App Development Frameworks for Mobile Apps it is also for iPhones. This framework lets you build cross-platform apps for iOS and Android that can be run on any device. It uses the programming language, Dart.

Corona SDK provides 10 times faster development than any other mobile framework. This is because Corona backend is supported by Lua which is a light-weight programming language that focuses mainly on speed, flexibility and ease of usage.

This framework for mobile app development software will be great for those who want to code fast and still maintain the quality of apps. The framework is absolutely free of cost and can be used to build in all platforms supporting Windows and Mac OS X.

Mobile Angular UI is a great hybrid mobile web app framework. It is especially good for those who prefer Bootstrap and Angular. Mobile Angular UI is a combination of Bootstrap and Angular framework that lets you build using HTML5. In one of our previous blogs on React vs Angular: Which is The Best JavaScript Framework we discussed why it better to use AngularJS over react native when it comes to performance boost. Angular gives a good server side support and supports complex apps with ease.

This framework for mobile app development software allows developers to use fastclick.js and overthrow.js for a smooth mobile experience. This framework is free and available to be used under the name of MIT.

Listed among the best Android framework, Native Scripts is backed by a Bulgarian software company, Telerik. It was originally created by Progress. The apps built with Native Scripts use the same APIs as if they were built using Xcode or Android studio.

The official website of Native Scripts continuously provides resources and tutorials for budding developers so that they can learn to work in this framework like a pro.

JQuery is an HTML5 best framework for mobile apps. The greatest advantages of mobile app development for JQuery lies in the fact that just one version of the code is developed and it can run across all devices. Irrespective of whatever is built using this framework, either website or app, it runs not only across all devices but also runs in a variety of Operating System such as Android, iOS, Blackberry, Windows and Firefox Mobile as well as Kindle, Nook and MeeGo.

It is possible to download JQuery either as a custom download or the latest stable version. JQuery was listed in the top 15 JS frameworks prediction which proves it to be an ideal choice when there is a need for rapid development of apps with the plugins that come with the app.

So, these were the top 10 mobile app development frameworks comparison but that is not all. There are many other frameworks that are being used to build great mobile apps. Let us look at them briefly. 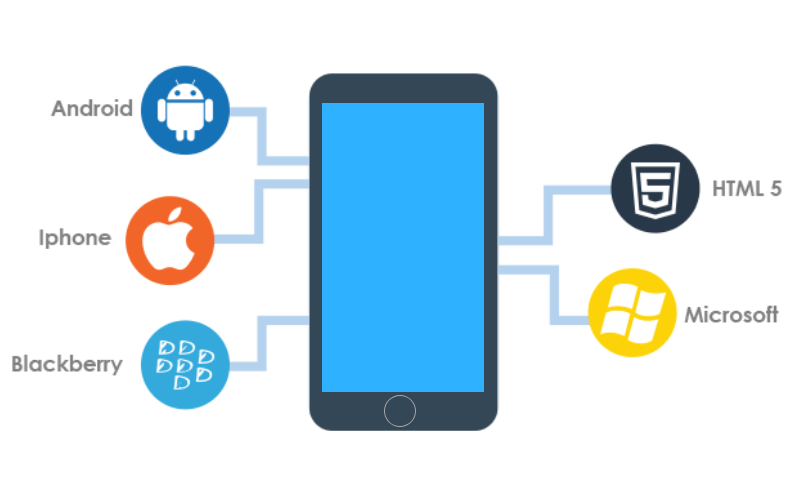 This is a free framework for mobile app development which can be used to develop hybrid apps for Android and iOS. It uses HTML, CSS and JavaScript with ease during app development. It provides some extraordinary features such as supports multiple viewing, library agnostic, native scrolling, caching, browser history, etc.

This framework also helps in building a quick prototype for an app. This comes as a great advantage to mobile app development company when they have to show the clients a rough idea of the project.

Appcelerator Titanium uses a mix of both PhoneGap and Xamarin. This framework uses JavaScript to write codes and supports Android and iOS development frameworks. However, it does not come with CSS and HTML. To use Titanium start with the Titanium studio which comes with its own Titanium SDK and platform-independent APIs.

It uses Alloy to develop faster. This also makes it easy to reuse the apps which reduces time and cost.

Sencha Touch is usually preferred by enterprises as it has a wide range of products to work with. ExtJS is the main JavaScript used for development and gives a rich look and high performance to the apps. It has ready to use tools for all platforms including Android, iOS, Windows and Blackberry. For ease of development, Sencha Touch also provides a drag and drop option for visual app builder. It is one of the best frameworks to achieve a high performing app with great visuals.

Swiftic is one of the best mobile development framework 2021 accessible in the iOS platform. It has a feature of an effectively navigable interface. Utilizing Swiftic is an advantageous alternative as you get a 30 days money-back promise option for every one of its plans. In addition, it has an additional half year of success scheme. In the event that you don’t get any outcome from it, then half year service is free.

Some significant features  of Swiftic are:

It is an open-source cross-platform native application development system that was first released in 2008. Its main features highlight device functionality, cross-platform API for getting into native UI and MVC-based system alloy.

The developers can send data models effectively through Appcelerator Titanium as it offers a schema-less data set ArrowDB. It significantly focusses on smoothing out the components of mobile application framework with the help of the native components.

What Is Mobile Application Development?

How Do I Choose The Best Mobile App Framework?

It is a fact that no single engineering can accomplish every one of the objectives of an organization. As a mobile app development company we understand the trade-offs of every platform and that’s why we are providing you the know-how of how you should choose a mobile app framework.

If you wish to learn more about frameworks that mobile app development companies are using today then contact our team at Appinventiv and we will guide you through the entire app development process. We will be more than happy to provide you feedback on your app ideas.