What are The Best Ways to Find iPhone App Developers for a Project?

The iOS market generates billions of revenues per year as seen in the last couple of years. In 2018, App Store revenue reached $22.6B beating Google Play at $11.8B.

Businesses are going for mobility to increase their ROI and iOS is the best platform for it. Not only the revenue but also the fact that iOS users actually convert into customers is an attractive fact for businesses. Most of the service businesses are completely dependent on their mobile app.

However, there has always been a question of how to find the rightly skilled iOS developers in the market full of people claiming to be the top ios app developers. To solve this ‘how’, we have written this blog to help you find the best iPhone app developers in Florida. So, without further delay, let us get into it.

The Most Downloaded iOS Apps

App developers are benefitting ever since companies are going for business apps. It is clear to see now how mobility brings more profits to the business while increasing the reach in the market. Although most apps that are topping the charts on App Store are owned by Facebook yet there are apps by other iPhone application developers that have reached millions of downloads.

Let’s have a look at some of them: 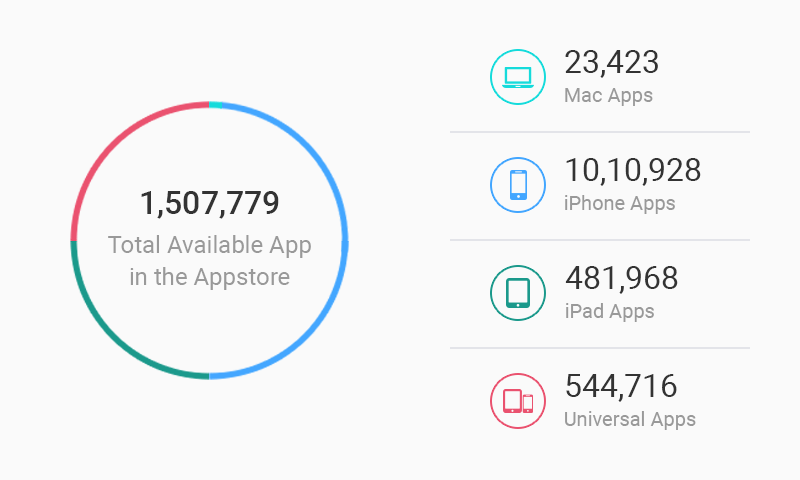 iQiyi- iQiyi is a video streaming app similar to YouTube and is said to have 480 million users. The app was built by Chinese giant Baidu and the company says users are spending 5-6 billion hours on the app.

QQ-QQ is a messaging app that was built by Tencent, a Chinese company. It offers the messaging feature just like Messenger and other features like games, music and online shopping.

WeChat- Like QQ, WeChat is also built by Tencent. The app is quite popular for chatting as it has creative features like emoji and stickers. The company says it has 1 billion active users as of March 2018.

TikTok- TikTok is a social media app that lets users shoot and edit videos as well as add different effects on them. TikTok is known as Douyin in China and has been the most downloaded app there. The app is owned by the same company that built Musical.ly. Given the popularity of this app that the latest TikTok statistics confirm, people have become keen on knowing the cost of Tik-Tok like mobile app.

Facebook- Facebook is still the top iPhone app despite having a rocky 2018. In the first quarter of 2018, the app was downloaded 24 million times. It has always maintained its place on the Top 10 charts.

Instagram-Instagram was known for its high-quality images and now that videos have been introduced it has become a favorite of the users. It is the second most downloaded app on the App Store. The use of tech stack by iOS app developers has reduced the cost of the Instagram like app making it free to download on the App Store.

Whatsapp- Whatsapp is a messaging app now owned by Facebook. It reportedly has 1.5 billion users. The app was originally built by the founders of Yahoo! In 2007. The layout of the iOS app differs from the Android app.

Hire an iOS app developer: Individual or a company?

Any businesses looking to hire an iOS app developer must make their requirements crystal clear so there is no confusion while the project is ongoing. It will also narrow the search area which will speed up the finding process.

Any project that needs simple design and has less risk involved can be given to freelance iOS app developers. The cost of development will be less and the process will speed up. However, businesses should not expect a very high performing app from individual developers especially at a low price. The cost to develop chat apps like Whatsapp is higher, requiring a bigger budget and more development time.

Usually, companies have a dedicated team working together on an app which makes management, development and designing a well-planned process. Many businesses outsource app development services and the results are great.

Though the  iPhone app development cost is a bit higher when a company is involved yet there is no compromising on the quality of the app. Startups are comparatively cheaper than highly successful companies. iOS app development companies in India which includes a mix of both types. In fact, India has a sea of developers ready to serve, so keep this in mind while finding app developers. 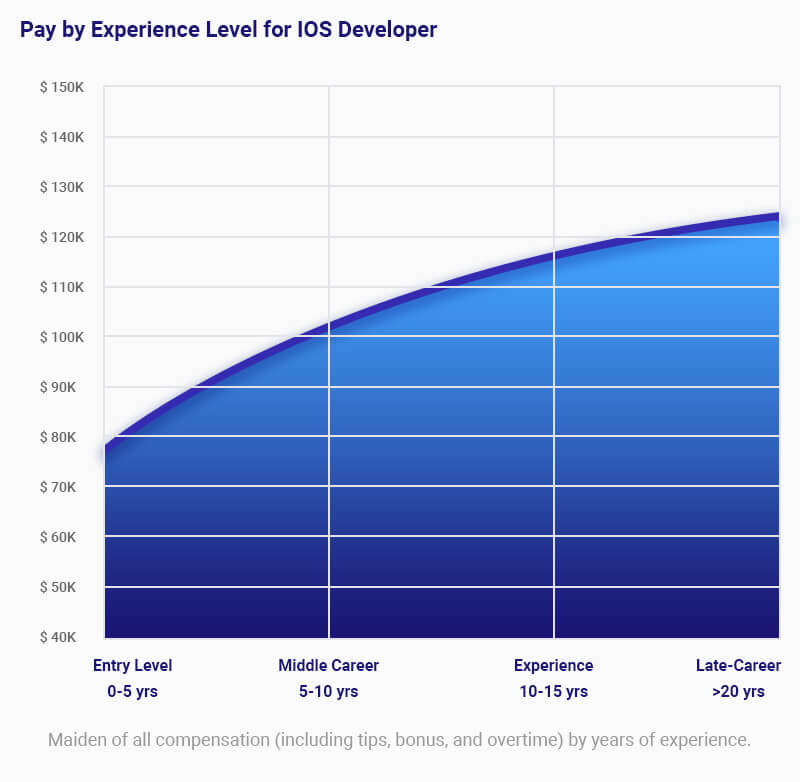 The pay of the app developer highly depends on the level of experience he has.

These were some points to think carefully about when you are looking for top iPhone app developers. But if you wish to hire highly professional app developers such as an organisation then check out the next section.

The iPhone development companies in the USA and UK, especially iphone app development in California are highly professional than in any other country in the world. However, this does not change the fact that there are things to be considered before you hire an iPhone app developer from anywhere in the world. We will go through the points one by one:

How to find an iOS app developer?

Places like Upwork, Freelancer.in, Guru, etc. are some of the best online referrals where you can find iOS app developer for hire. These places will show you search results accurately once you specify your needs.

Hire app developers based on location

This was our take on how to find an iOS app developer for a project. If you wish to know more contact our team of iOS developers at Appinventiv and we will assist you.

Q. Where can I find iOS developers?

Well, you can always contact popular iPhone app development companies who have the proper experience. Always look for reviews before making a final decision. Another way is to try websites like Upwork, Freelancer.in, Guru with the abundance of freelancers. However, most people prefer trusted app development organizations to ensure the overall effective development.

Q. How do I find the best developer?

While wondering about how to find an app developer, we stumbled upon some best tips which can come in handy.

Q. How much does it cost to build an app?

Well, there is no one-word answer for how much is the cost of app development. It is because there are many factors and elements at work which determine the final cost of any app. These factors are:

Shrikant Srivastava
You have a vision. We have a way to get you there.
Global Leader in new age digital product development
Speak to our experts