The Nine iOS 11 APIs that will impact your App Business

This year in Apple world we saw a new device – iPhone X, with a revolutionary new design. And, just a few months before the iPhone X (pronounced ten), the OS giant launched their latest operating system update – iOS 11.

The new operating system came with its own set of features to the power of 11. Those who updated their devices were now seeing a new files app that was bringing all the files together in one place, a drag and drop feature, a powerful new dock, and much more.
If that was not enough, we also saw a redesigned App Store. New tab, Daily Stories, Tips & Tricks section, Themed List and Enhanced search were just some of the few changes that came in the new store.

If you were thinking all this was enough to keep the iOS Developers busy and the million iPhone/iPad users happy, it didn’t stop there. There’s more.

In addition to it all, Apple came up with whole new APIs/Frameworks to help integrate awesomeness in ordinary apps. For those, who hate jargons and are ready to hit the back button, hold up. I’ll tell you what they are:

What do you mean by APIs/Frameworks?

APIs/Frameworks are your medium to add new features in your app in 5X less efforts. There are a number of ways APIs make an app perform better and more efficiently, but one of the most prime reasons that make Apple continuously roll out a new set and add-on to the existing lot is the fact that they make ordinary apps, amazing.

Let us now look at the features which will only get so much cooler now with the list of nine iOS 11 APIs.

The mix of APIs and added features that are being introduced to the world of ios app development company, ever since iOS 11 came out. 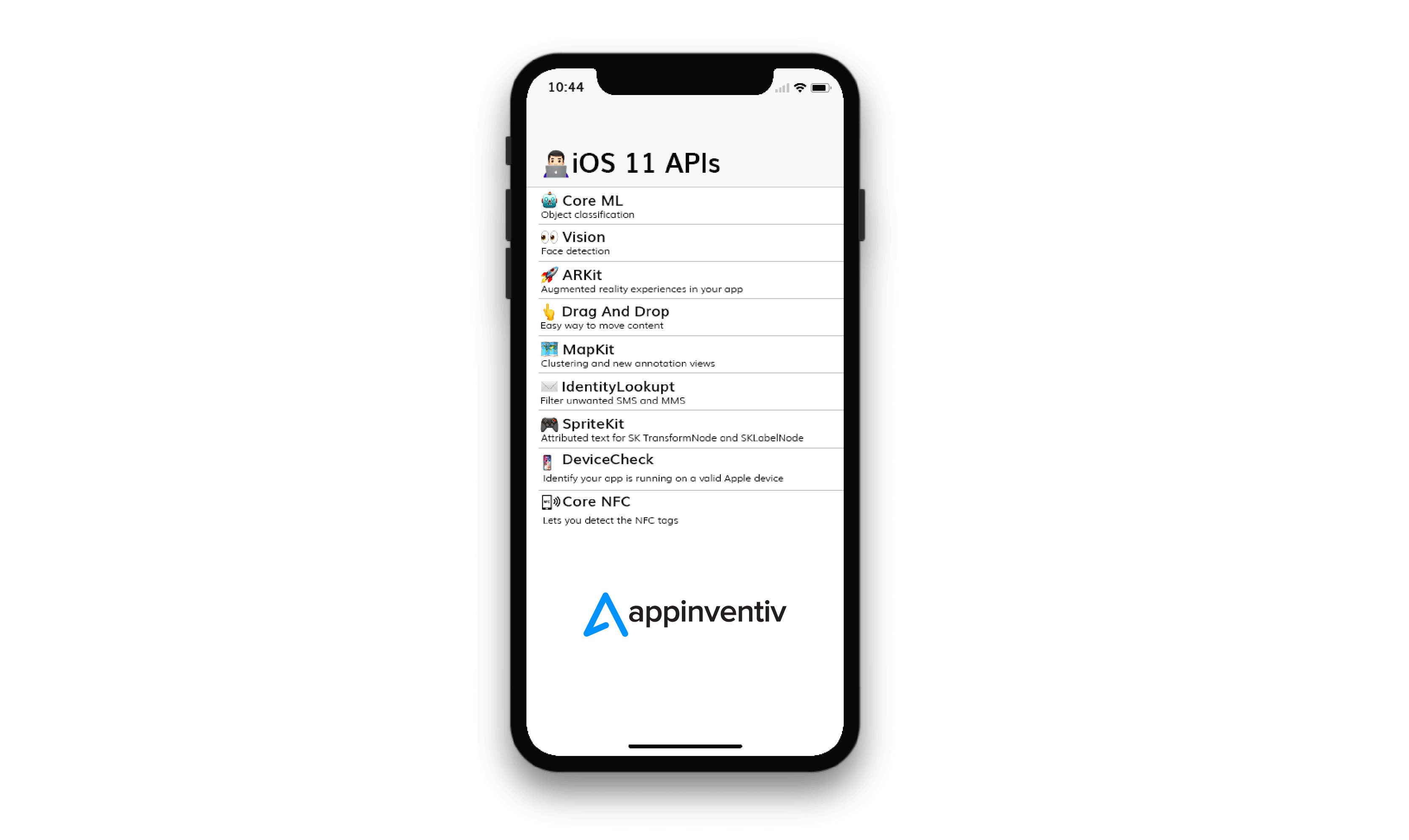 Let us first look at the newly launched Apple API List, then we will move on to the ones that saw an add-on feature:

Nowadays, the focus is on building apps that have a brain of their own. The ones that understand human interaction with the device and grows with it. To make this possible, Apple has come up with a framework that lets you add machine learning features in your app, such as – face tracking, face detection, text detection, landmark detection, and barcode identification, along with a myriad of other features.

It will help visually renovate the physical surrounding of what you’re clicking the picture of, into something it can become. 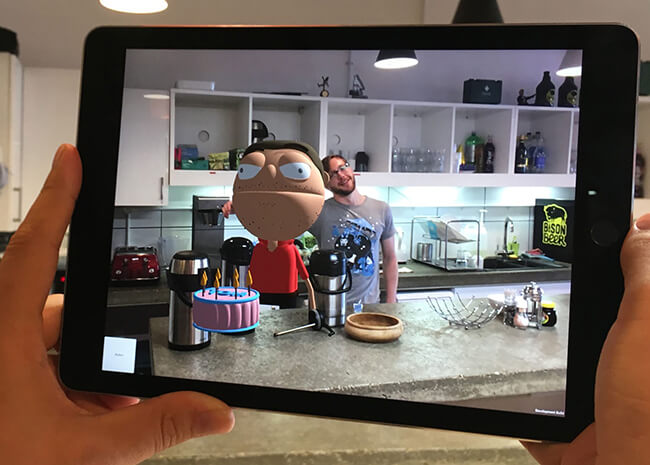 Say you wish to purchase a brand new cabinet for your house from Ikea but you’re not sure if it would go with the room color. With the help of ARKit, you will be able to project the cabinet in the place where you wish to install it and then get an understanding of how the cabinet would look like after you have bought it.

With this framework in iOS, the users can now drag items from one screen location to the other one with the help of continued gestures. The drag-and-drop even can happen both in one app, or can be transferred from one app to another.

Suppose, yours is an app like Instagram, where users upload pictures, now with this new APIs, they will be able to drag their image from the gallery straight into your app. 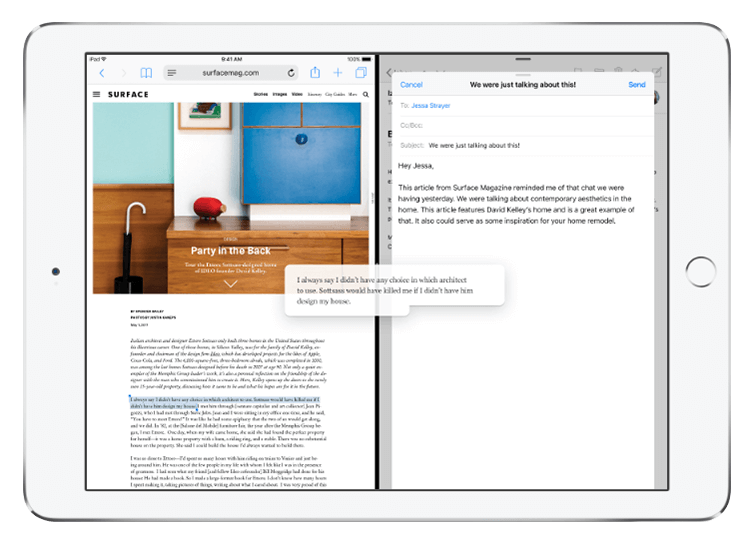 So you no more have to worry about Users abandoning your app to work on the other one, even for a few minutes.

Now you can easily detect the facial landmarks, like the user’s nose and eyes with this API. If yours is an app, which puts sunglasses on people and give them a dog face, you will now be able to do this in real time, just with your camera. Earlier, the iOS developers were expected to be skilled in Computer Vision to finish this task and make something this complicated, but with this API, now every engineer can do the task.
The framework works in combination with the Core ML framework to apply classification models in images, and to then process those pictures to make the machine learning task easy and reliable.

NFC is the Eureka moment for the retailers, across the world. With the coming of NFC support as an API, you can now add a smart tag to products you wish to sell. By one phone tap, users can now access the reviews, detail specification, and even videos related to the product placed in the shelf in front of them or are accessing standing in front of them or accessing, on-demand, detailed specs, reviews or even videos of the product.  When done right, it can help mCommerce companies with an edge in terms of reaching their prospects with the detail of their product, in real time.
Gone are the days when NFC was only used for making Mobile Payments, now there are other industries and ways it can be used –

It lets developers keep track of former users’ devices so that, if they ever come back to the app, the developers will know they’ve been there before. Along with tracking the users’ presence on a device, the API will enable companies to keep track on who used their promotional code and who is doing something fraudulent.

Using this API, you will now be able to give an in built option to the users to not receive messages from someone they don’t know. Working in the favor of companies whose business model is of user identification or Caller ID.

This is how it works – 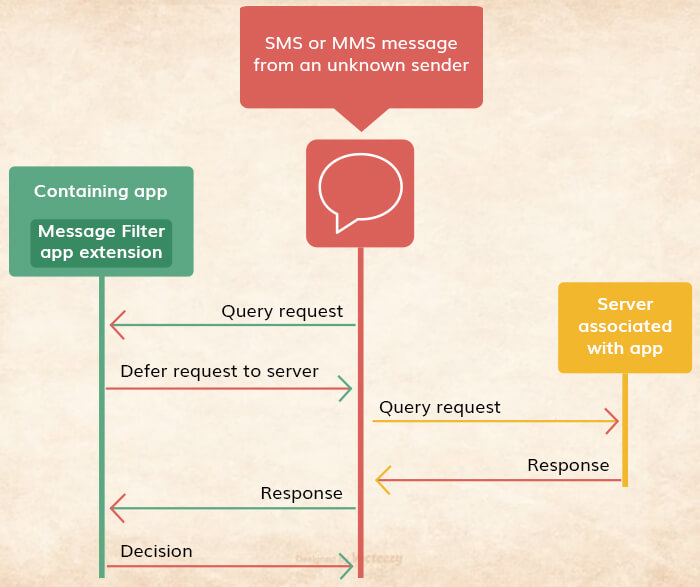 IdentityLookup API works just with SMS and MMS sent by unknown senders, whose numbers are not saved on the device. It won’t work with the messages that are sent from someone in the users’ contacts or by iMessage, irrespective of the source.

While these 7 were the ones that have been recently launched, there are two of the famous Apple APIs that have seen a feature update.

The Existing APIs that got add-on Features 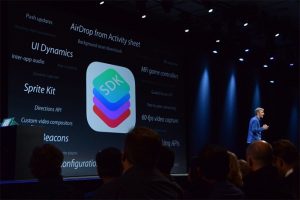 Apple wanted to give its developers a built in, graphics rendering infrastructure to enable integration with their hardware. Used for adding animation to iOS apps and games, the SpriteKit API comes in handy at a time when the gaming and animation industry is on a high.

9. Call out Point of Interest with MapKit

While MapKit API has been in Apple’s kitty since a very long time, the framework recently an addition in its long list of features. If your app offers some transit directions, you can make your directions available in Maps.
Suppose user want to go from Subway A to Subway B, now along with giving him the direct Subway route, you can go one point extra and give him the walking directions from his point of origin to the subway.

Now the users will also be able to mark a place in the map as their point of interest and would be able to give it an annotation.

Along with these mentioned here, there are other APIs as well – like SiriKit, AirPlay 2, MusicKit, Files, and Depth Map API – which have made making iOS App not just easy and efficient but also of superior quality, giving developers a greater scope to do more with their apps.