7 Ways Flutter is Setting the Trend in Mobile App Development

Are you sorted about your startup business idea and are planning to launch a mobile application? Well, we live in a competitive world where the ecosystem of technology is evolving as we speak! As a matter of fact many startups are facing the highest rate of failure due to wrong choice of mobile application development platform. If you want to use a cross-platform framework for your app in 2021 you should definitely go for Flutter app development as Flutter speeds up the app development process and reduces the development cost. It also provides you a great user experience with aesthetic and smooth animation. Still not sure how Flutter helps in app development, then you must read this guide for developing startup mobile app with flutter.

As we know Flutter is Google’s UI toolkit for building native apps and engaging user interfaces for mobile, web and desktop from a single codebase. It is hands down one of the best choices for startups, entrepreneurs and big-scale enterprises to come up with a maximum features application without making a hole in the pocket. How can I be so sure? Below is some data regarding Flutter mobile app development. 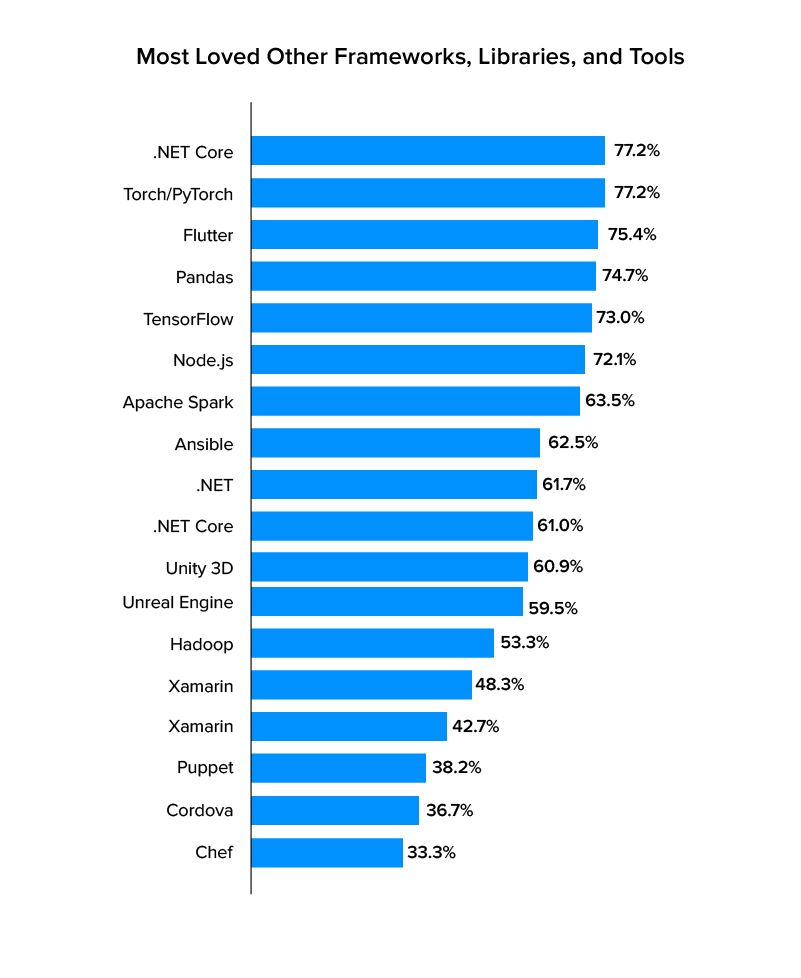 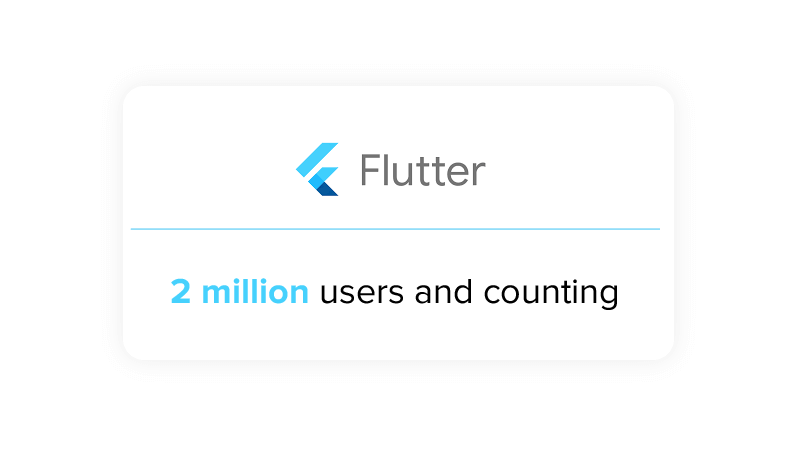 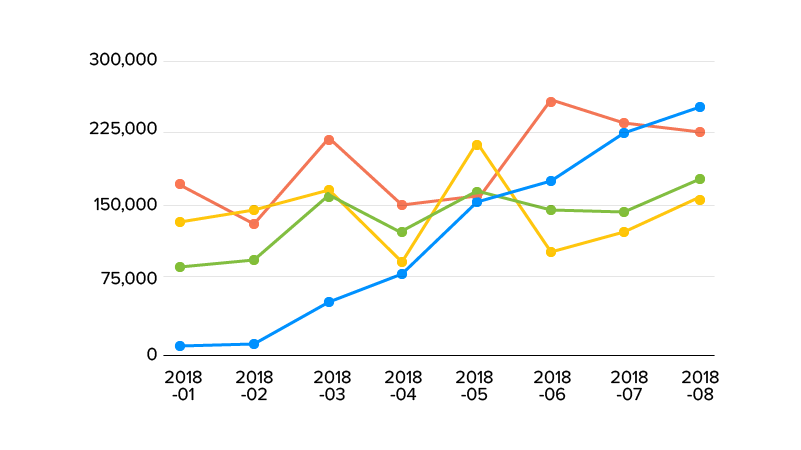 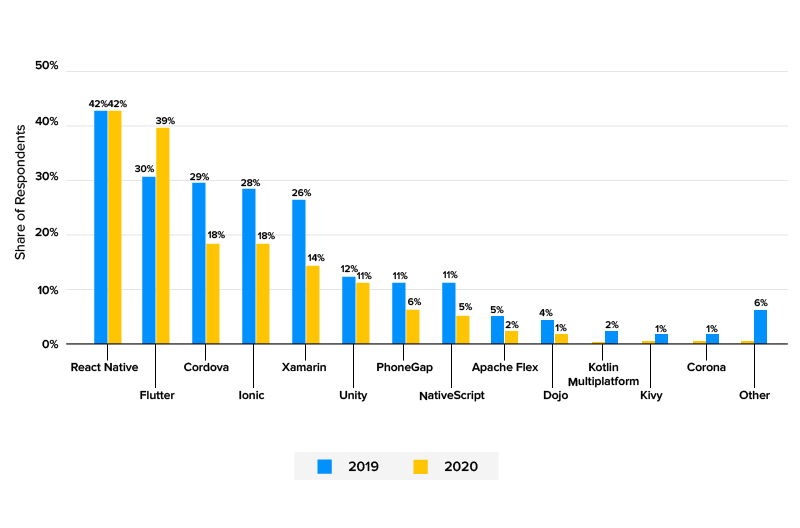 The state at which Flutter is growing, on both market presence and features front, has made developers confident that the future of cross-platform application development belongs to Flutter and I second their opinion.

I’m sure that you must be intrigued by all the data shown above and must be wondering how Flutter for mobile app development is so trending? Allow me to walk you through it.

How is Flutter Setting the App Development Trends In 2021

One of the features that makes Flutter stand out is the ‘write-once’ approach. It surpasses the traditional limitations of cross-platform approaches where developers had to write multiple codes for different platforms.

Now, Flutter mobile app developers only have to code once and not separately for both operating systems, that is Android and IOS, that is why Flutter is considered by most of the developers. Flutter is a hybrid application development framework and reduces the daily efforts of both – users and developers. Therefore they can quickly improve the application quality, design, and speed of the application.

The Flutter application development process is very efficient. Since only one code is required, it eases and accelerates the process, making it simpler and more efficient. The single codebase approach is allowing developers to reuse it with different plugins, thus cutting the development time short. Also, when it comes to testing, a simple quality assurance process is enough to verify the functionality, features and program of a cross-platform mobile app.

Flutter cross-platform application development is trending due to features like “Hot Reloading” or “Hot Restart”. These features allow developers to view changes in the code within one second.

In simple words, as the developers are coding, they are able to see the progress side by side. This in turn increases the productivity of the developers. Also, this feature is extraordinary for bug fixing.

App development using Flutter can help you display your MVP to the investors. There is no requirement of developing two applications for android and iOS. You can now discuss your business model with great simplicity and acquire funding.

This will save you both time and resources by skipping the process of developing and testing project prototypes. Flutter compliments MVP development. With Flutter increasing the pace of the development process, app development becomes simplified. Also, Flutter’s compatibility with Firebase, doesn’t require you to separate backends for building simple MVP. Hence Flutter mobile app for your business will prove to be a great success.

You must be aware of the fact that widgets are a very important part of the application interface. Flutter integrated apps provide a wide range of widgets including navigation, scrolling, fonts, that are customizable regardless of the screen size.

There is no denying the fact that Flutter mobile apps provide a very smooth UI experience compared to another cross-platform framework.

The programming language used by Flutter is Dart which is based on the in-house language of Google. Dart is a one-source and general-purpose language, therefore developers with any level of knowledge find this language comparatively simple and easy to access than other languages.

Dart can not only be used for mobile app development framework, but it is also widely accessible for developing web, server and desktops apps.

7.  Easy set up and maintenance

Due to a single codebase, it is relatively easy to develop and maintain the Flutter app. It improves the performance of the application as compared to any other app development platform and lowers the maintenance efforts. Maintenance of flutter is easy due to the simple and single code used in programming. Once the issue is spotted by the team members, changes are made swiftly without the hustle of going back and forth on the codes again and again. So, it comes easy on the pocket as you do not have to spend extra money on powerful machines. That being said, anyone can effortlessly start developing a Flutter app with help from the team. 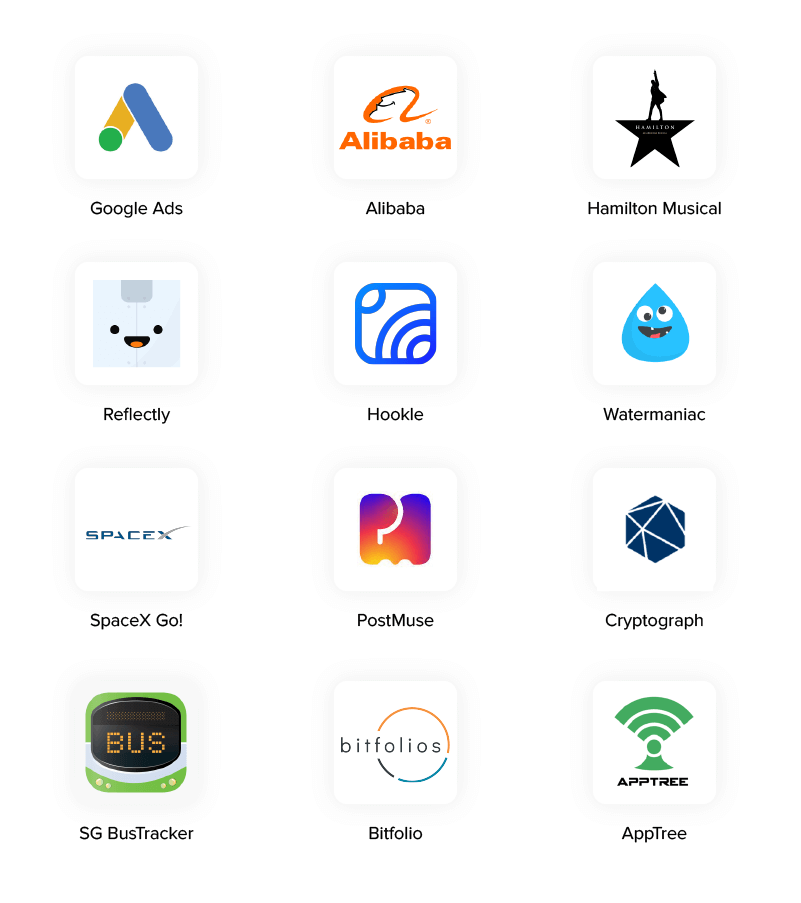 Google’s Flutter is basically a game-changer in the app development world!

It has a huge potential for companies that work on different platforms with a quick turnaround and go-to-market aspects. Not to mention it will save you money, resources and a lot of time. Flutter is the perfect choice for your business, now all you have to do is contact flutter mobile app development companies to help you out with your idea.