The idea of picking players and then running contests on the basis of their year-to-date statistics has been operational since some months after World War II. If we dig deeper, we can find the earliest published account of fantasy sports involving an Oakland businessman and his partner Wilfred Winkenbach – who devised the concept of fantasy golf at the ends of 1950s.

In the modern era, fantasy sports popularized as a fun game being played among friends. But, in no time, it caught the attention of the big guns like Yahoo, CNN, ESPN, etc. Cut to today and the very near future, it is taking less than a half time’s duration to make the fantasy sports market to make it to the $33200Mn category.

How does Fantasy Sports App Works?

The fans choose real players from an online selection process, commonly known as a draft, and assemble a fantasy team.

Then the real-game statistics of the players are compiled and parallels are drawn to gauge whose fantasy team has performed the best.

Here are some statistics establishing our point –

Now that we have established the market of your fantasy sports app, let us now move on to the feature sets that would make your intent of fantasy sports mobile app development successful.

What are the Must-Have Features of a Fantasy Sports App?

Must-Have Features for the Participants 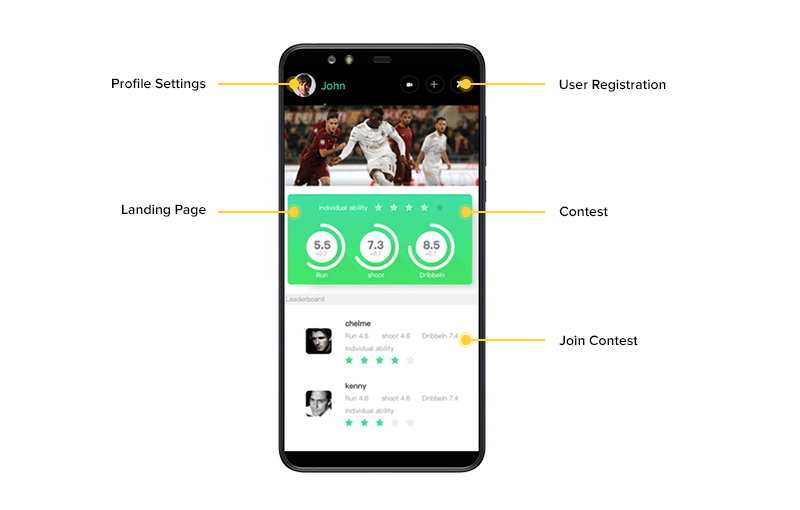 The one thing that is common in almost all the applications is the user registration facility. What is necessary in this step is that you only ask for information that is absolutely necessary. In the case of fantasy sports app, it is details like the personal number, email ID, and a unique username, etc.

It is that part of the app where users land on once their login is complete. The users, here, come across sports which are being played. Here the users are given a filter for searching elements according to their choice. Some of those filters include: sport, date,type of matches, tournament, etc.

Here, the users are able to view details of content they participate in the sports fantasy app. In this section, they are given multiple details that can be filtered according to – winning amount, Entry Fee Range, Winners Count, Contest Type,Winning Range, and Contest Size, etc.

As the name goes, this feature of our fantasy app development accepts users to join the contest. Here, they are made to pay the necessary entry fees needed to participate in the fantasy sport game.

It is an important part of the fantasy sports app.  The users here are able to customize using this functionality. Along with the functionality of updating their profile, users can also check their reward points, account details, transaction history, bonus, referral, etc.

Must-Have Features for the Admin 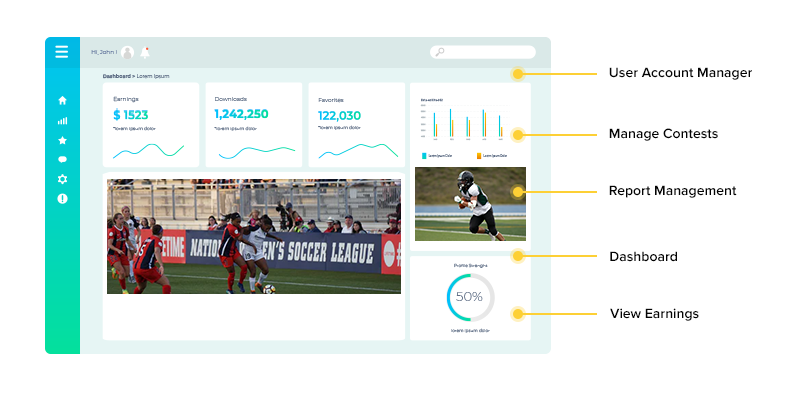 The dashboard is where admin can access different statistical figures around the number of played matches and information related to total number of players, etc. It also shows the total amount of earnings made by the users in the app.

The functionality gives users the capability to manage the entire account. Using the feature, the users are able to edit, initiate, delete or deactivate their account.

The functionality is used for managing and coordinating the different ongoing contests. The admin can easily manage the contest categories, additions, edition, deletion, or even deactivation of a contest if required.

The best part of a fantasy sport app is the earning and reward that an individual receives. Using this functionality, the admins are able to access the complete earnings of individuals.

How to Design an Effective Fantasy Sports App?

The one thing that works most in the favour of fantasy sports apps is also the one that is the most complex – the app design. In fact, it is the design that separates the intricacies of sports app development with other app categories. There are multiple elements that the users interact with once inside the fantasy sports app – as you must have gauged from the feature list that we just read. 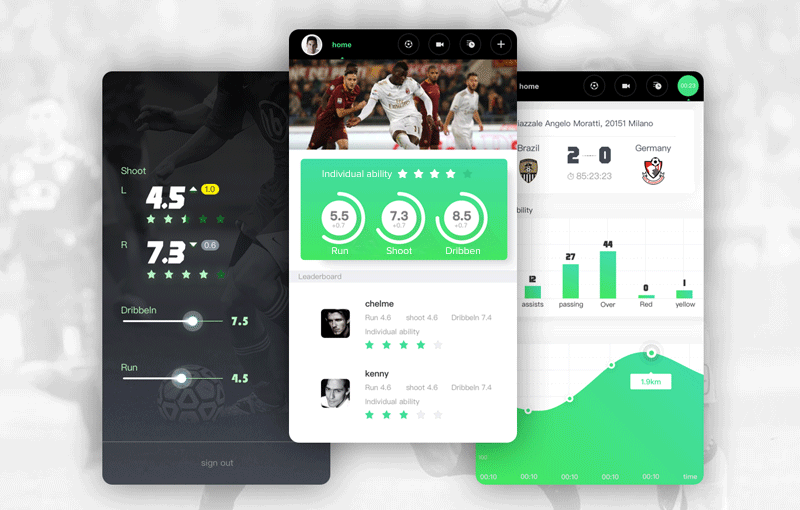 Since we have catered to the elements that have to be looked into when designing a fantasy sports app, let us, in this section, concentrate on the guidelines – ones that should define the UI and UX elements of the application.

The first and foremost design element that should be considered when designing a fantasy sports app is its onboarding. The one complaint that the gamers have with even some of the big names of this industry is how they pay very less attention to the app onboarding. Besides following the several onboarding best practices, there should be a guiding element in the application which takes the user across different parts of the application.

If you have worked around a fantasy sports application, you would remember how big the information set is. There is a lot that a user can do inside the application – they can create leagues, join one, track real-time score, view their team’s management, access dashboard, make payments and so much more.

Noting how this multiple information set is what lies at the core of a fantasy application, it is important for a fantasy sports app designer to wireframe the real estate of the screen. And find the best ways to show all the different data sets that a user requires.

The last thing that the user would need when interacting with the application in a high adrenaline emotion is the presence of a lot of text. What our team of designers unanimously advise is that until and unless your application most absolutely requires textual content, avoid using them in the application – at least on the screens which the users are supposed to interact with during game time.

While the feature set that you just read will help you know what to expect from your fantasy app development company, it is of utmost importance to know how your efforts can be monetized.

How to Make Money With a Fantasy App?

When it comes to making money at the back of your answer to how to create fantasy app, the use case that generally emerges is that of an app like dream11 fantasy sports app.

But in an ode to give you a holistic answer, let us look into the different monetization models available for businesses who operate around fantasy sports applications. One that our fantasy sports app developers focus on.

Advertising is one of the most commonly used forms of monetization models that fantasy sports apps rely on. You can assign a place in your app for brands to advertise their business within your app offering.

Some fantasy sports platforms organize contests and offer users a chance at winning NFL-sized payouts, for which they charge them a participation fee. They take a portion of these cash-prize contests, which in numeric values can be massive.

Big players such as FanDuel and DraftKings offer and enable their users to take up multiple contests weekly. This, in turn, increases the fees collections from league while entwining the participants not only for one content but for the complete season.

How Much Would It Cost To Develop A Fantasy Sports App Like Fanduel?

The concept of Fantasy Sports is not new, as it has been existing for many years. You must be thinking how? Well!! According to Wikipedia’s information, the first reported fantasy game of baseball league began in Boston in 1960, and from there the journey begins. Currently, there are many sports fantasy apps like Fanduel, Draftkings,…