Unless you are living under the rocks, it is likely that you would be familiar with what is Blockchain and what its potential is when it comes to reforming the tech world. Over the years, this technology has helped mitigate the traditional challenges that a myriad of industries face, helping them grab better opportunities.

Blockchain has also proven to hold the potential to revamp the whole economy – be it healthcare, travel, education, or legal domain.

Between 2017 and 2020, the demand for Blockchain rose by nearly 2000 percent, and it became one of the most highly-valued technologies to have in the industry. By 2024, the net worth of the Blockchain market is expected to be around $20 billion.

As the technology is dominating its presence in fields unheard of, many organizations are looking to hire blockchain developers.

With the increasing demand for blockchain app developers, it is also becoming increasingly important to stay competitive in the field. To stay up in the game,technology enthusiasts needs to be familiar with the best languages for blockchain development.

Therefore, this article discussesthe best languages for blockchain development that one can learn in 2022 along with how to program a blockchain. 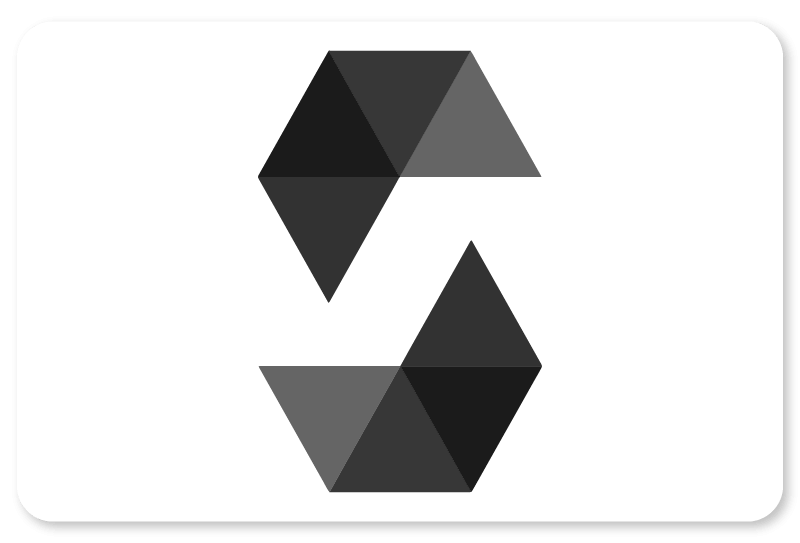 Influenced by JavaScript, Powershell, and C++, Solidity is the first blockchain programming language that one must learn. Especially when you want to develop dApps or are looking to get into the ICO development game.

The Solidity blockchain programming language was developed by Vitalik Buterin, the mastermind behind Ethereum. It serves blockchain development firms with a myriad of benefits, such as:- 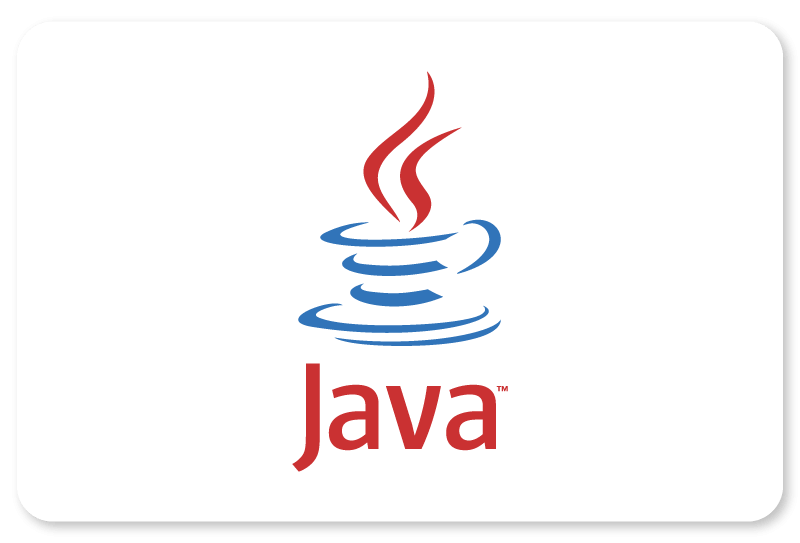 Java, the official language of Android mobile app development and a preferred option for backend development, is also considered one of the top blockchain programming languages used for Blockchain development.

The language is derived from C-syntax and is widely chosen for building sophisticated smart contracts and dApps because of its following properties:-

Some of the best examples of Blockchain solutions developed using Java are NEM, IOTA, NEO, and Hyperledger Fabric. 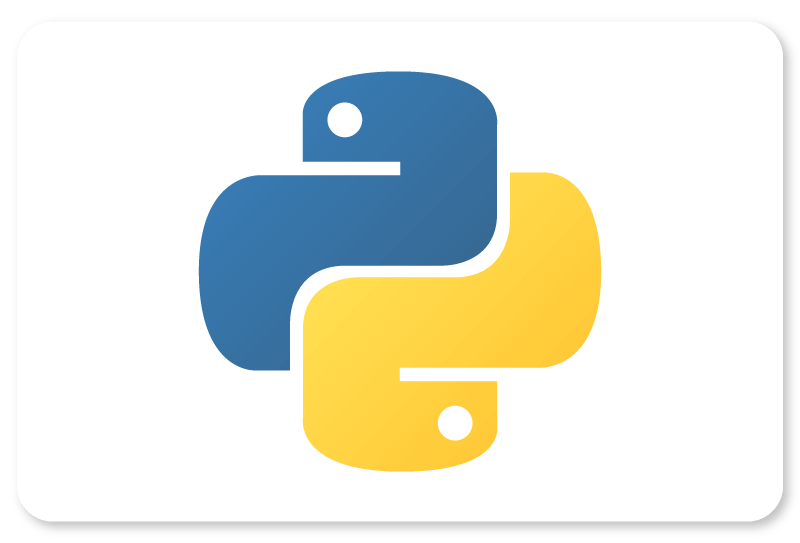 The language, created in 1991, is widely used for dApps and Smart Contracts development because of the exceptional features it offers. Some of those features of blockchain coding in Python include:

Steem, Hyperledger Fabric, and NEO are a few popular Python–based Blockchain projects that are prevailing in the industry. 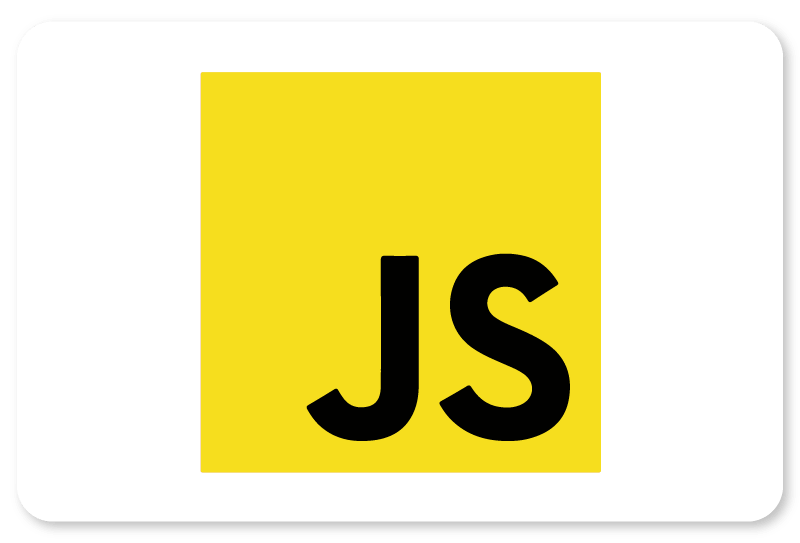 Considered for a wide range of app and game development needs, JavaScript is also one of the best Blockchain programming languages to keep an eye on.

The language, in the form of frameworks like Node.js framework, offers innumerable benefits to developers, such as: 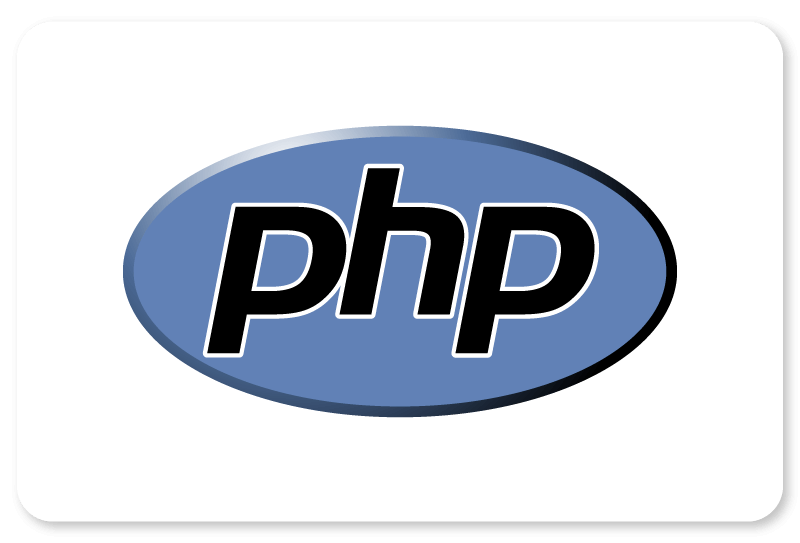 PHP is often used to develop blockchain solutions of different complexity ranges. Something that is a ripple effect of its huge open-source community and object-oriented features. 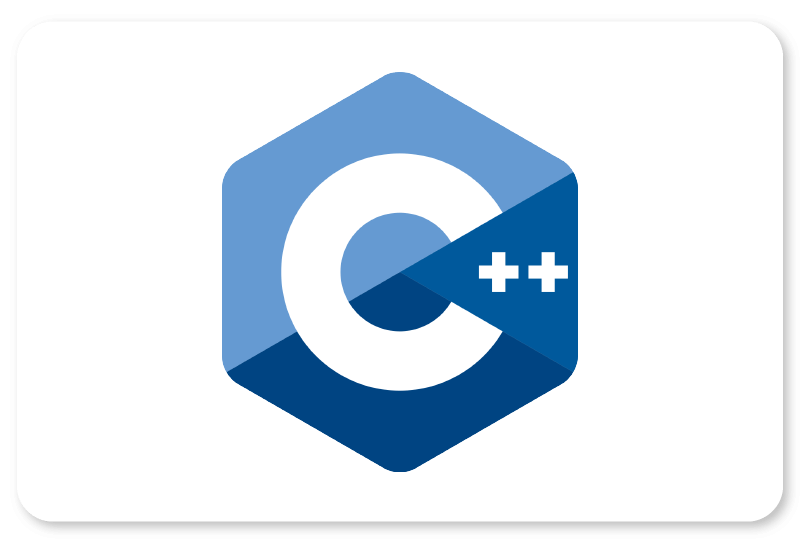 C++, introduced back in 1985 by Bjarne Stroustrup, is the best programming language for cryptocurrency development.

The language follows OOPs methodology and is highly used for developing cryptocurrencies like Bitcoin, Litecoin, Ripple, Stellar, and EOS. Some of the prominent features and functionalities oF C++ are: 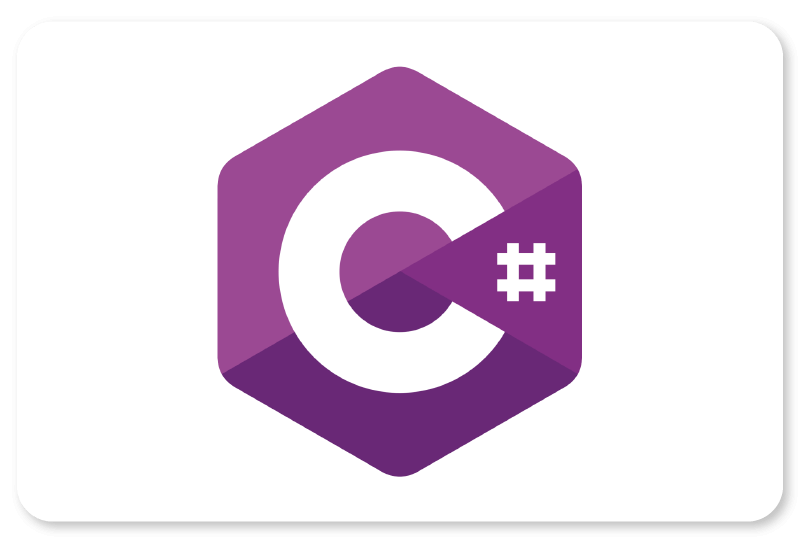 Created by Microsoft as a substitute of Blockchain coding Java, the OOP language offers a huge number of features for enterprise-powered apps, cloud, and cross-platform development. The language comes loaded with features of C, SQL, and .NET frameworks, and is highly favored for Blockchain development because:

The programming language is majorly considered for building dApps, Smart Contracts, and infrastructure in a Blockchain environment. 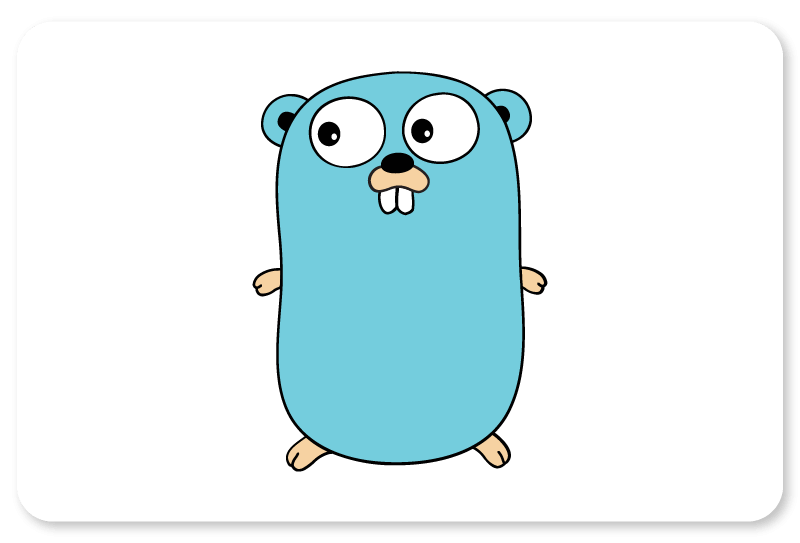 The language is not just easy to comprehend, but also comes with the best features of JavaScript and Python such as user-friendliness, scalability, flexibility, and speed. Something that makes it the right option to deliver bespoke Blockchain solutions.

Two of the best Go-based Blockchain solutions prevalent in the market are Go-Ethereum and Hyperledger Fabric.

Created by Russell O’ Connor, Simplicity is one of the high-level Blockchain coding languages that hit the market in November 2017.

The Simplicity programming language is based on Ivy and works with a Haskell-like syntax which makes coding easier and effective. Besides, it is highly mathematical in nature and makes the codeline human-readable. Because of which, it is highly used for developing Smart Contracts and blockchain solutions that works with both Bitcoin and Ethereum Virtual Machine (EVM). 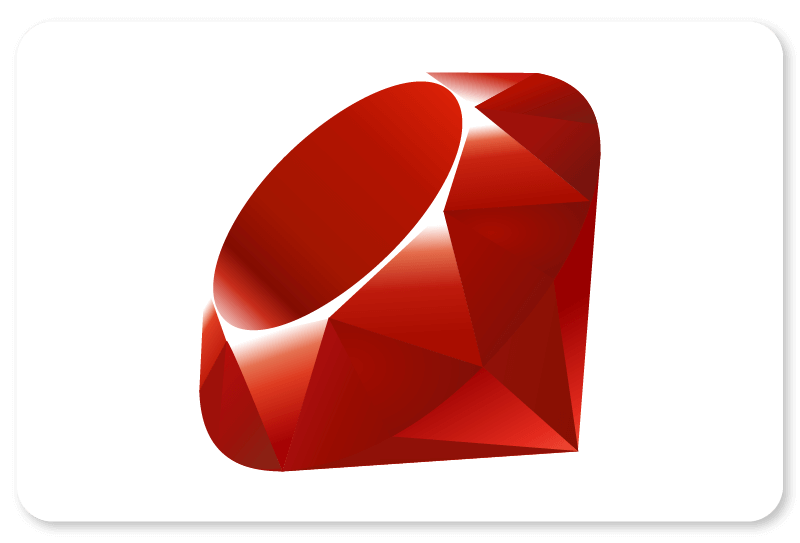 Ruby is the best language for blockchain development to headstart your career with.

Developed by Yukihiro “Matz” in the mid-1990s, this high-level and general purpose programming language empowers blockchain developers to prototype their vision effectively and effortlessly through open-source third party APIs and plugins. The language also gives developers an opportunity to mix its features with that of other languages to build an enhanced platform.

It is highly considered by Asian developers for building Blockchain-based software and platforms. 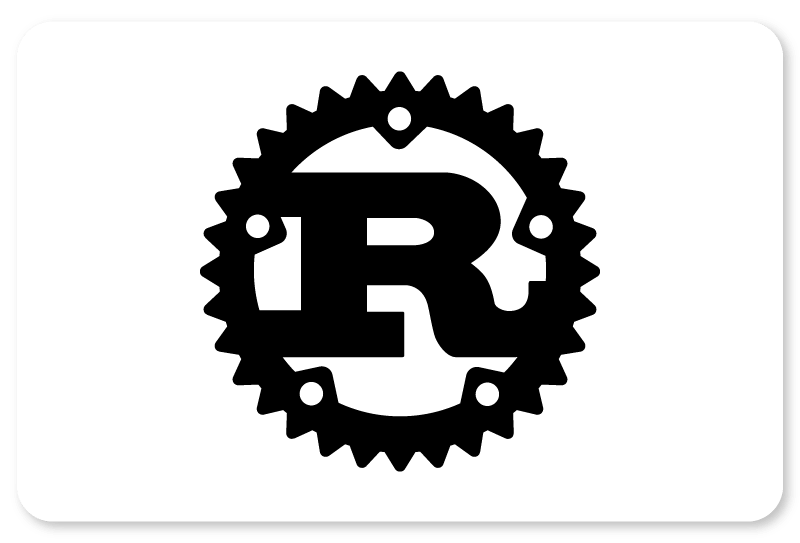 Though a newbie in the Blockchain ecosystem, Rust is also being widely considered for building innovative, immutable, and secure solutions. 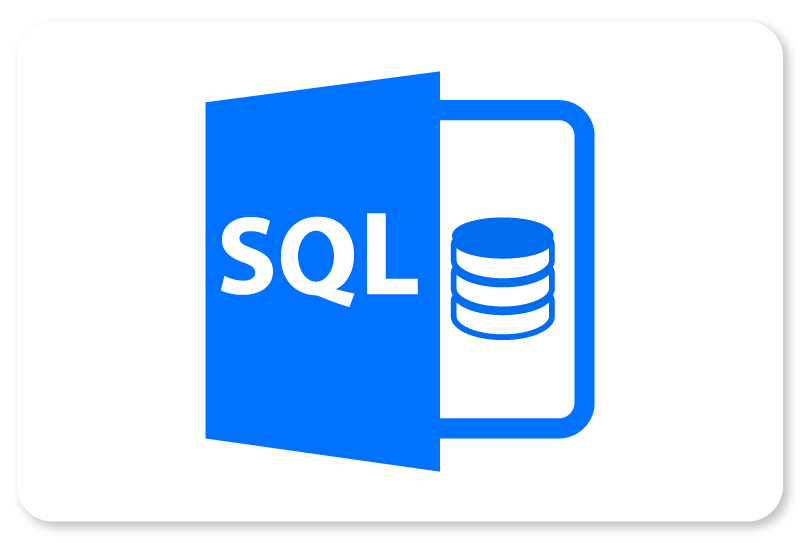 SQL (Structured Query Language) is also one of the top blockchain technology programming languages to consider in 2022.

The language was designed by IBM to make communication with databases like MySQL, SQL Server, PostgreSQl, and Oracle easier and efficient. It is used for building secure and effective enterprise solutions in the Blockchain domain. A clear evidence of which is Aergo. 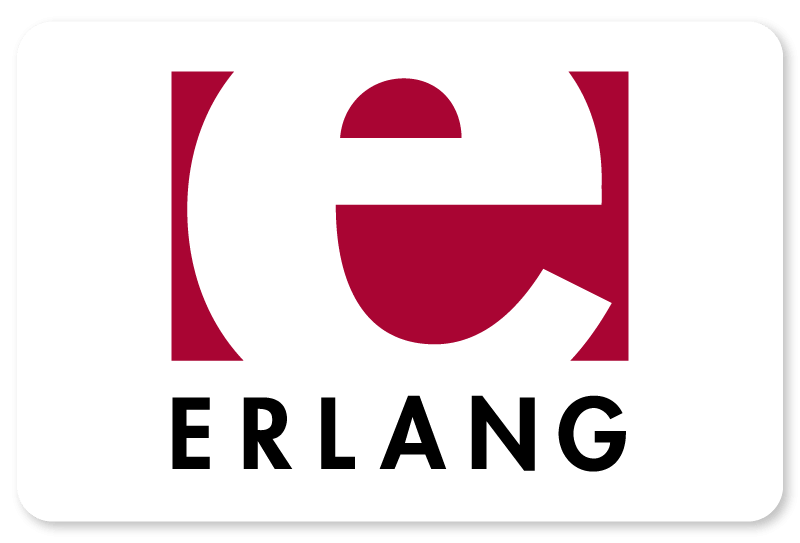 Erlang is another top Blockchain coding language you must consider for a brighter future ahead.

The language, though less popular than reputed names like blockchain programming Java, JavaScript, and Python, serves Blockchain development companies with options like:

Something that makes it the right choice for building peer-to-peer networks in a Blockchain environment. 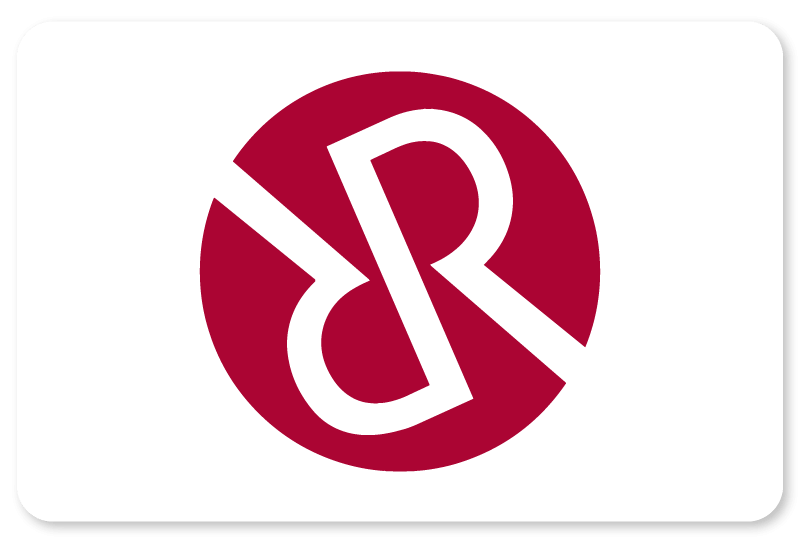 Rholang is yet another impressive addition in the list of Blockchain programming languages. The language, unlike C++ or Python, operates with a functional approach over object-oriented. It also assesses the whole app as a series of functions which are then solved in a sequential manner.

Because of this, it is a favorite of developers when they wish to build a high-level project like Smart Contracts.

The language has the potential to work as a contractual digital intermediary, and comes loaded with features like simple error control process, and opportunity to use propelled cuts, pointers, and arrays. It also assembles over Go and gives users an escape from executing discretionary codes, which has been a critical issue for present day businesses.

Q. Are Blockchain developers in demand?

Yes, blockchain developers are highly in demand. In fact, it has been found that the demand for Blockchain engineers in 2020 was 517% more than what was recorded in 2019. And this number is bound to increase in the coming years.

Q. What do you need to learn in order to start developing on the blockchain?

Though the answer to this question is too vast, let us summarize in a few basic pointers:-

Q. What language is Ethereum coded in?

Ethereum programming language, which is currently in its 2.0 version, is coded in Go, C++, and Rust.

Q. What language is Bitcoin Blockchain written in?

The Bitcoin programming language, as per our experts, is written in C++.

Q. What programming languages does blockchain use?

There are a heap of programming languages that can be used for Blockchain development. This includes primitive languages like C++, blockchain programming Java, JavaScript, and Python, and new entrants like Solidity, Simplicity, and CX.

Q. How to learn blockchain programming?

So, these were some of the programming languages that can be considered for entering the Blockchain world and making the best of the flourishing opportunity. These languages, as already covered in this article, hold different potential and thus, can be used for building different forms of Blockchain and cryptocurrency-based solutions. It implies that you must know which language is best for what type of Blockchain development, and eventually, polish your skills in the same.

Now, while learning through online blockchain programming tutorials and training programs is a good effort to be well-versed with its theoretical concepts, if you wish to do some practical stuff or learn how to program a blockchain under the shade of a reputed Blockchain app development company, connect our recruitment team for an internship opportunity today.