Wearables – The Emerging Future Trend for the mHealth Apps

When wearable technology first became available, few people gave it a second thought. Whether it’s a Bluetooth headset, Google glasses, or an Apple watch, average “not-so-tech-savvy” people were first hesitant to invest in these products until they learned about another key market trend, mHealth apps.

Users have been using mHealth apps for a long time, thanks to the introduction of smartphones. These applications were confined to keeping track of their health information and other such things. With wearables in technology, they now have a hands-on means of tracking many elements of their health in real-time. Users now have the perfect means to keep track of their health, whether it’s their blood pressure or heart rate per minute, thanks to the incorporation of wearable technologies in mHealth apps. Below are some numbers that show the rise in wearables in healthcare. 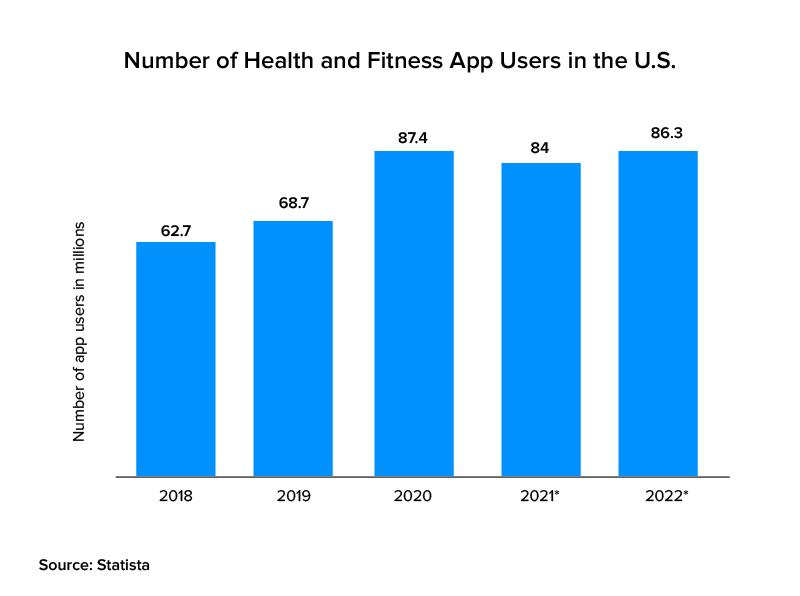 Impact Of Wearable Technology In Healthcare

The mHealth business is seeing a significant increase in wearable health devices due to increased customer demand for keeping track of their personal health. FitBits and smartwatches have become ubiquitous due to wearable fitness technology’s integration into society, which leads to the future of wearable technology with no signs of slowing down.

Some of the primary focus areas for mHealth apps are remote monitoring and consultation. Apps that track patients with conditions like diabetes or asthma will have the most rapid growth. This is what sets them apart from fitness applications and the reason why Healthcare app development companies are in demand to develop apps to increase the usage of wearable devices in mhealth apps.

The wearable applications will grow so that it lowers the ultimate healthcare costs. Healthcare is a traditional industry and always looks out for solutions that are beneficial for them, which brings down the cost of their own care.

Till date, Wearable technology has already shown its marks in education, commerce, communication, navigation, and entertainment verticals; but now, industry experts are predicting that the greatest potential lies in healthcare.

Moreover, the wearable technology has already started to revolutionize healthcare by supporting patients and doctors in their critical activities like providing real-time access to their electronic health records.

But, the full potential of wearable health technology has proved its presence in the healthcare industry. And, its limitations have gone beyond assisting doctors and patients. Apple and Google’s newly launched trendy wearables is enticing many users and making new records in the history of Wearables.

In 2014 Consumer Electronics Show in Las Vegas, Sony, LG and Garmin introduced devices that track everything from heart rate and blood pressure to a patient’s O2 saturation. By 2018, the overall number of wearable health devices shipped to consumers is expected to reach 130 million. By 2021, miniaturization developments have also influenced wearable technology in the healthcare market, allowing device makers to put sensors into wearables that were practically undetectable to the end user. 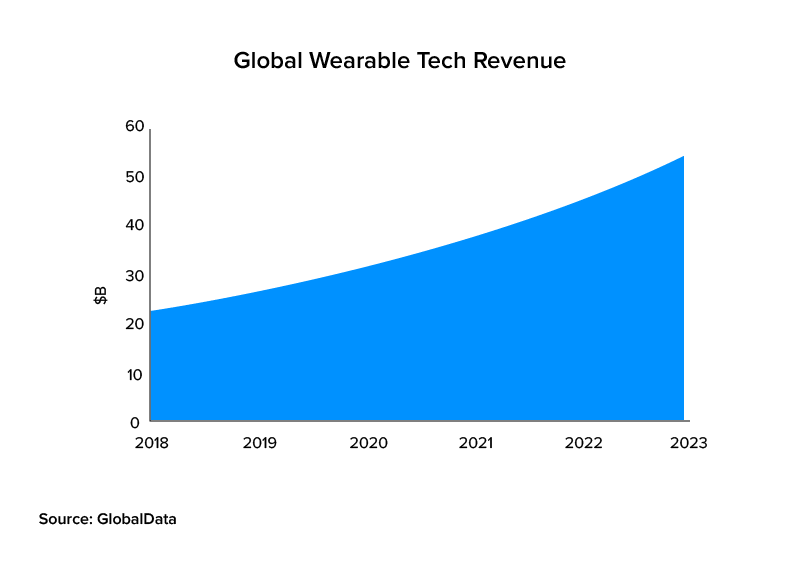 With such a huge appreciation and acceptance from the users, wearables for mhealth apps are emerging as the perfect technology for the healthcare industry.

Integration of IoT And AI

AI and the IoT are two of the most popular wearable technologies in healthcare. In the event of an emergency, IoT mhealth wearable devices can help locate the physicians or doctors closest to the patient. This enables the patient to receive treatment on time, saving both parties time and hassle.

The use of glucose monitors as wearables in healthcare is an example of IoT implementation. These wearables are linked to inhalers, making it easier for the doctor to diagnose and treat the patient accurately.

Similarly, AI assists gadgets in learning, responding, sensing, and comprehending in order for them to execute administrative and medical healthcare responsibilities. Some of the AI related mHealth wearable applications are:

Predictive analysis has proven to be extremely useful in providing individualized care. The technology is currently being used in a variety of additional mobile health monitoring devices,  apps and pharmaceutical ecosystems. Predictive analysis is expected to be utilized for the following:

Predictive analysis, when implemented and used at the proper moment, can help prevent patient health deterioration, save patients from self-harm, reduce readmissions after 30 days, and reduce no-shows at appointments, among other things.

Biosensors are one of the most recent advancements in wearable devices in the mhealth market. They are not the same as smartwatches or fitness bands. The biosensors are envisioned as a self-sticking patch that will allow patients to continue with their regular activities.

The biosensors also record and monitor heart rate, temperature, physical movement, and respiration rate of the patients. As per some studies, the technology is expected to prevent patient deterioration into respiratory or cardiac arrest by 89%.

Body-worn smart apparel is another possible mHealth wearable technology advancement. Mobile applications, big data, machine learning, and cloud computing are all required for this type of innovation. The present health monitoring systems, which only log a limited amount of physiological signals as digital data, are ineffective for chronic illnesses. In the case of long-term health monitoring, the healthcare industry needs something more efficient and precise, as well as a wearable device in healthcare with greater memory and better machine learning capabilities, as well as artificial intelligence integration.

Smart clothing is a new market that has yet to garner significant investment from tech giants. As per Global Data, smart clothing is expected to grow at a CAGR of 12% from $650 million in 2018 to $1.2 billion in 2023. Also as per the data, smartwatches are expected to be the largest and fastest-growing section of the wearable tech market during the forecast period followed by fitness trackers.

The positioning of sensors or sensor deployment is the fundamental difference between normal wearable gadgets and body-worn smart clothes. All sensors required to track the vitals of patients in smart clothing require precise integration with textile clothing. The positioning of sensors, sensor quality, electric cables, signal capturing devices, and user comfort are some of the important things to consider in order to produce a correct design. The more comfortable the fabric of smart clothing is, the more successful the outcomes will be because the wearer will not have to change the clothing to fit his body form as often.

The mHealth apps simply link to share and communicate information. My Fitness Pal, which connects to exercise tracker app My Run Keeper, is a nice example of a mHealth app. It can add to My Run Keeper’s calorie calculation based on the number of calories burned for a certain day.

Another app is Endomondo, which keeps track of fitness objectives and motivates patients to exercise. For a range of exercises, the app can track pace, calories burned, and heart rate. The motivation is that it allows people to brag about their successes to their friends since it is shared on Facebook.

With the rising demand for mHealth wearable devices, a growing number of app development and IT companies are taking notice. Moreover, as a result of technological advancements and greater life expectancy, numerous insurance firms are remodeling their policies. Wearable devices in healthcare are expected to cut down on hospital visits and provide immediate primary care. As a result, people’s overall healthcare costs would be reduced.

The potential for innovation is huge, and the need for it grows at an exponential rate every year. As the demand for automation develops, more healthcare institutions, including the medical business, will gradually adopt wearable health technology to deliver quality care.

Appinventiv is a pioneering company on mobile app development which believes in building quality apps, at the right time. We have assumed a leadership position in the mobility space, within a short duration of time, using the latest technologies. Contact us for your requirement, we will be happy to help. 🙂

Why is it the right time for your healthcare business to go digital with payments?

The pandemic has been a difficult phase for all of us. However, there is a silver lining, we have successfully digitized operations and payments in most sectors around the world. But the fact remains that digital payments in the healthcare business are still a far-fetched goal. 51% of patients still receive their medical expense bills…

Why does your healthcare organization need an ERP solution?

Many innovative leaps in healthcare technology have not only expanded options for medical treatments but have also digitally transformed operational and clinical processes. Now, with improved technology and cost-effective medical solutions, healthcare businesses must streamline their internal information flow and communications to provide efficient care. This is where ERP in healthcare comes into play.  Healthcare…