Java vs Python: Who is Winning the Coding Battle?

Marvel vs DC. Coke vs Pepsi. Nike vs Reebok.

The battle of Java vs Python is nothing less than that of these top rivalry. Both the programming languages have gained limelight in the coding world in different aspects. They have different use cases and even fan bases. In fact, they are used as a metaphor to showcase things entirely different/incompatible.

However, there’s one common factor between them: Both have survived and remain on the top in the programming world since 2000. They have outshined in the market despite the bustling hassle due to the advent of new programming languages.

But, how did they make this possible? And can they beat each other in the coding world as well?

Let’s dive into the programming environment and find out in this article.

Before we begin, let’s look through the prism of history and know the history and pros of python and java.

Java is a general-purpose, object-oriented programming language developed back in 1995 by James Gosling at Sun Microsystems. The language supports the idea of WORA (Write Once, Run Anywhere) and has a syntax similar to that of C and C++. 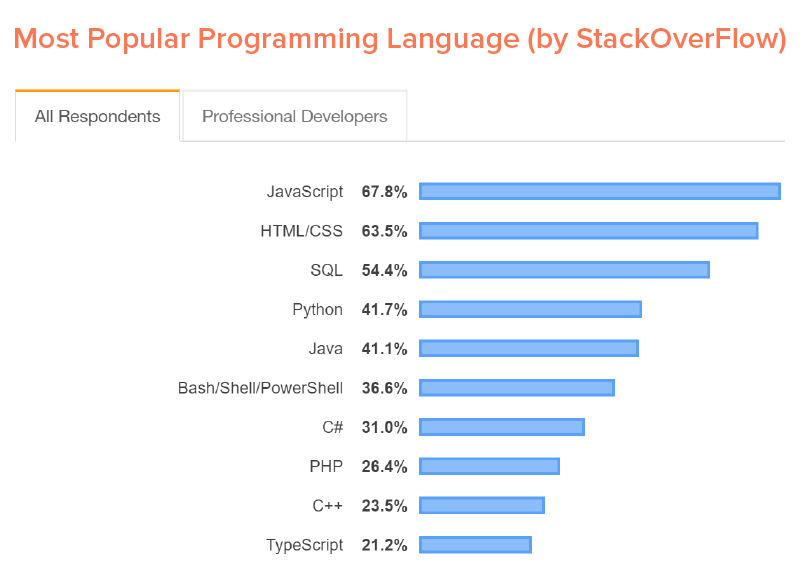 It is one of the most popular programming languages in the market with a reported 9 million mobile app developers loving it. A fondness that has been a ripple effect of the benefits it offers to the development environment :-

With this covered, let’s take a turn towards Python, before deciding the winner of the Java vs Python war.

Python is a dynamically-typed general purpose programming language developed by Guido van Rossum in 1990. The original intent behind its development was to bridge the gap between C and the shell, and simplify the process of creating system administration utilities. But, later its use was expanded to other development areas also. 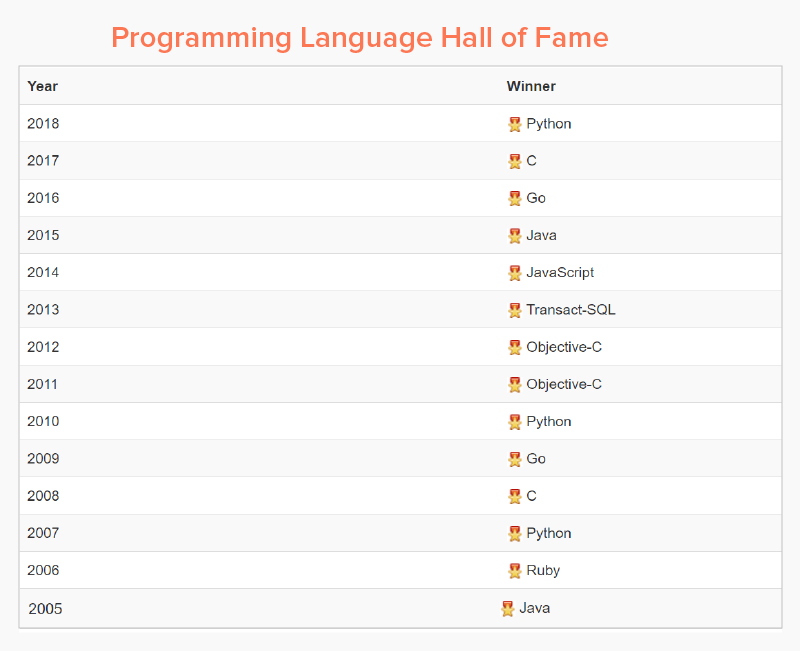 The language bagged the title of ‘Programming Language Hall of Fame’ for 2018 because of the plethora of advantages it offers, such as:

Now as we have taken a look into the basics of both Java and Python, it is likely that you are familiar with the similarities and differences between the two languages. So, let’s not wait anymore and turn towards the core part of the article, i.e, Java vs Python comparison.

(Also read: PHP vs Python: Which Language Is Dominating The Market?)

Factors to Consider When Comparing Python and Java

The foremost factor to consider is the market popularity.

Though Java’s popularity has declined since the advent of Kotlin, the language is still popular in the market. And when it comes to Python, the language is enjoying astronomically higher growth in the development arena. 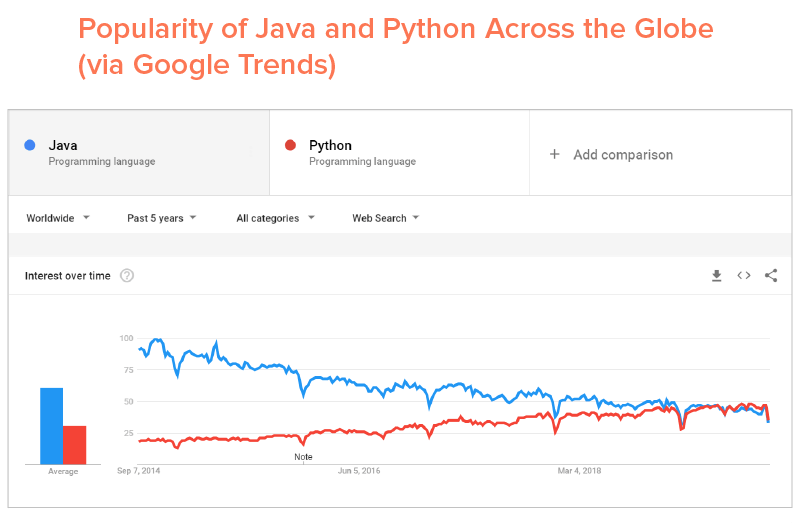 This gives a clear indication that both the programming languages are the right options to start your career with, in the present scenario.

In case of Java, Java Virtual Machine (JVM) – a chunk of JRE (Java Run Environment) – provides the runtime environment to operate the code. It converts Java bytecode into machine language which can be directly compiled at the time of execution. This eventually offers a seamless architectural experience to developers.

And when focusing on Python from architecture front, the interpreter translates source code into machine-independent bytecode. It then stores the bytecode file in some folder. When you run the same program, it employs the bytecode without translating it again. These bytecode are then shipping to PVM, where the actual code executes.

Since Python follows a dynamic programming concept, the codes are short, and much easier to use than those written in Java.

Because of this, Python lead the ‘Java vs Python’ battle.

Java comes with a Just-In-Time (JIT) compiler which compiles bytecode into native machine code in real-time, and JVM that calls the compiled code directly. Now, since code need not be interpreted, compiling process does not consume much time and memory. This eventually adds to the speed and efficiency of the development environment.

However, in the case of Python, codes are interpreted based on the variable time, which slows down the pace of compilation during runtime. Also, since the object type of objects is obtained from container objects, higher memory is consumed. This reduces the speed and efficiency of the language.

This makes Python lag behind Java in the ‘Java vs Python’ battle in terms of performance.

Python has a linear and less dispersed coding format, when compared to Java. For example, there is no need to put a semicolon at the end of every station. Also, the curly braces are not much practised.

This, as a whole, makes it easier to read and understand Python codes when compared to Java.

When it comes to agile environment, both Java and Python are second to none.

On one side, Java is considered a rigid option due to its undeviating refactoring support and universality of IDEs in development (such as Eclipse, IntelliJ, and NetBeans). Something that makes it an optimal option for embracing web and mobile app technology.

While, on the other side, Python already enjoys a presence in the agile domain and python has been a favorable language for developing apps having IoT, AI, Machine Learning, and more.

Python’s database access layers are weakly active when compared to Java’s JDBC (Java DataBase Connectivity). Because of this, Java gets the privilege to easily connect with different databases like SQL and SQOOP, which eventually makes it more suitable for Enterprise app development solutions.

In terms of development, both the programming languages offer ample opportunities. Something, which again make it difficult to find which one has an edge over the other.

Java is chosen as the best programming language for building:-

Whereas, Python is recommended for developing:-

Again, both Java and Python enjoys a wide community support.

Python has a strong community of over 1,637 Python user groups in around 37 countries and191 cities. These user groups organize various events, including PyLadies meetups where women meet and code together.

Whereas, when talking about Java, it also has a large and vibrant community support. There are several Java User Groups (JUGs) across the globe. Also, there are various high-profile events like JavaOne organized by the Java programmers.

Both Java and Python, as revealed by Gooroo, have the potential to offer a profitable future to developers. Both languages are highly in demand in the marketplace, something that can be understood from the number of monthly jobs advertised related to them.

While this proves the number of job opportunities for Java and Python developers, it’s the best time to have a look at the average salary details for these two skills between 2017 and 2019. Something that will help developers to determine which one of the two offers more salary.

While these Java vs Python comparison factors will give you a glimpse of the two coding world, it won’t be enough to choose between the two languages. They have not-so-significant- similarities and differences that make it difficult to choose one. So, it is better to consult with renowned full stack developers to make a sound decision.

1. What is the difference between Java and Python?

While there are various differences between the two, the prime difference between Java and Python is that the former is statically typed and the latter is dynamically typed.

2. Which is faster Python or Java?

Java is faster than Python because of JIT compiler and JVM.

3. Is it better to learn Python or Java?

It is tough to say which one is the best option to learn, provided both cover different aspects of the development environment and have different scope.

4. Is the future favoring Java or Python?

The future of both Java and Python is quite bright. So, it is tough to define who will be the leading programming language in the future.

5. Can Python be used for mobile app development?

Yes, it can be used for mobile app development with the help of a cross-platform framework, Kivy.