Google I/O 2017 ended with a series of announcements and developments that the world is all set to witness in practice. One such announcement was that of using Kotlin as the official language for developing Android apps. The industry giant announced its plans to use Kotlin, along with Java and C++ as the programming language to develop Android Apps.

The statically typed programming language runs on the JVM (Java virtual machine), just like JAVA. Developed by the JetBrain team of programmers based in Russia, Kotlin uses the LLVM compiler infrastructure or can be assembled to JavaScript source code.

In this article, we will see what has made Kotlin the desired language among the leading Android Application Development companies around the world. We will also look at some of the ways through which you can make the transition from Java to Kotlin smoothly.

Before we get into the reason why Kotlin had to come into existence, let us look at the ways it overpasses the popular programming languages that have been used by the Android App Developers, till now.

Kotlin follows a very secure path by allowing to define just a few type of operators. Nevertheless, these operators are so omnipresent that even a beginner in software development would understand them and what they stand for.

Kotlin has been designed to be extremely very lightweight and thin as part of its core architectural aim, thus making it ideal for memory restrictive platforms and small programs.

Java is not famous for being one of the most crisp languages, while this is not a problem entirely, it is very bug friendly. When you’re encoding for Android by using a couple of most used idioms, the verbose code might lead to greater chances of getting bugs.

When writing lesser code at the back of a language which is very concise, there are automatically lesser probability of errors, making it less tiresome for the developers.

Developers can easily write modules with Kotlin that would work perfectly with the present Java codes. It’s fully compatible with the JVM and every Java frameworks and libraries, making it easy to be integrated with the Maven or Gradle build systems. While some languages are object-oriented or assertively functional, Kotlin is not over the roof opinionated and refrains from enforcing the philosophy of one over another.

Kotlin is developed by JetBrains, the company behind IntelliJ—the IDE that Android Studio is based on. It’s no surprise, then, that Android Studio has excellent support for Kotlin. Once you’ve installed the Kotlin plugin, Android Studio makes configuring Kotlin in your project as straightforward as opening a few menus. 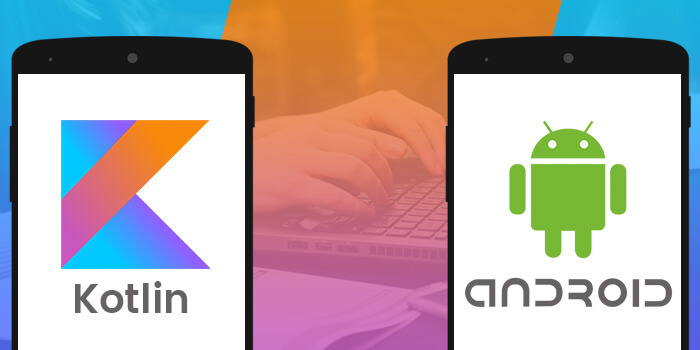 Kotlin allows one to state the containers of information, which automatically implement elements like copying and equality.

Coming from JVM background, Kotlin completely supports annotations like @test or @inject- something that is not allowed in Swift.

Unlike Swift that operates on Reference Count Approach, which forces developers to think of memory ownership and run time, Kotlin assumes the presence of Garbage Collector, which makes managing memory a lot easier.

Even with their set of shortcomings, Android world was working just well at the back of these programming languages, with the evidence being in the numbers that there are 3.3 Million apps in the Play Store (as of September ’17) operating to add value to the 1.4 Billion active users.

‘So, why the languages that had helped develop 3.3 Million Android apps weren’t enough anymore?’

The reasons that led to a mass acceptance of Kotlin by the experienced android app developers, worldwide can be attributed to – Null Safety, Functional Programming Style, Usage of Anko in place of XML, Removal of ButterKnife dependency, Builders & Extension Function, and Hacks for smooth transitions.

It’s not just the app developers who are excited about Kotlin becoming Google’s official language, Kotlin will be touching other aspects of technology as well, such as –

It’s not just the app developers that are looking forward to or are already making use of Kotlin, there are a number of established and renowned brands that are using Kotlin as their primary language.

Now that you have seen how revolutionizing Kotlin has proved itself to be for the Android developers, around the world, since its inception, let us now look at the ways you can prepare yourself today, in the smoothest way possible, for the time when Kotlin will replace every other programming language for Android developments.

It is time that you join the crowd of Android developers, all around the world, who are busy collecting resources to make sense of the new programming language. While you can easily convert Java codebase in Kotlin, take out time to analyze the differences in code and formats today itself.

Bonus Tip: Slow your onboarding process. Give at least 1 to 2 weeks to your JAVA developers to make sense of the platform.

Bonus Tip: Beyond the initial additions of Kotlin, the no-change and incremental build times usually remained constant irrespective of the number of files converted. You will be able to get a fair sense of what the build times would be after changing one file.

Kotlin in itself is extremely new for the majority, adding that nervousness to the blend of upgrades that are witnessed by elements that Kotlin will be working with, can lead to a complete mayhem. This sudden flood of information will lead to delayed work, mistakes in the program, and Kotlin behaving weirdly, overall.

Bonus Tip: Upgrade one at a time. Instead of taking an aggressive approach to just come on top of the competition, is a strategy that won’t work here. First, find the mix in which Gradle, Kotlin, Android Studio and everything else, work perfectly together. Once you are down with that, move on to upgrading them.

Following these and similar other ways to make life easy with Kotlin, before incorporating it into your project, will make it easy to transition from your programming language to the Google’s official one. The key is to give your team the time to make the get acquainted with the platform and make the transition then.

With everything covered to get you to the stage when you start introducing your team to Kotlin, let’s look at some lesser known ways Kotlin will make Android App Development easier for you.

Are you ready to make the transformation?