Becoming a Developer is easy. Staying a developer, on the other hand, is an altogether different ball game. The industry that is on a ever growing spiral, keeps offering something new every second to not just keep tabs on, but also learn in advanced level.

Apart from memorizing and haunting every article and discussion on StackOverflow, there seems to be no other way to get an understanding of the exact development process.

Is there a magic formula, which we can also call shortcut to learn the functioning of some of the most intriguing Android apps? That too right under our noses?

Yes. There is. One of the least used secret weapon to understand how Android apps work.

Let’s find out what it is.

The secret weapon that is a treasure of information that you need to improve your Android development learning skills is – Open Source Android Apps.

And with this article, the treasure is now yours. We have created a list of open source apps, divided among popular categories that sees maximum users attention, for you to peruse through and apply to become a top-rated android app developer.

How To Use This List of Open-Source Android Apps To Get the Development Skills that Would Make You Better Android Developers.

I have divided the list of some of the most used open source Android apps in categories below along with the links to their Play Store Page and their GitHub.

First look at the apps in the Play Store/ F-Droid or the APK and get an idea of its look and feel, flow and then visit their GitHub Page for the code. Now, use the code to either develop a similar app or just to gain insight on how the transition happens within the app, code wise.

Education is one of the most viewed categories of Play Store and the one that has been catching the attention of Android Developers for quite some time now. While, there are a number of ways you can transform the industry with your app in the near future, here are two Education Apps that will help you start.

Available on Play store, HW-Manager focuses on managing homework. Every task that the students add in the app have title, due date, subject, and an additional information section to put in notes. While all the common subjects are already fed in the app, the students have the option to add the subject name manually in the app setting. 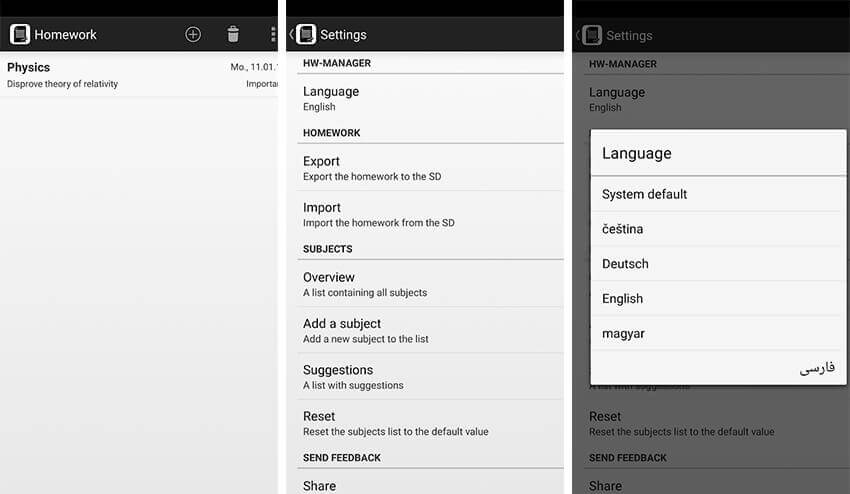 While there are a number of note making apps already present in the Android App Store, this HW-Manager is the one open source app that can teach you how to implement reminders and notifications in the app.

Another most used open source android app in the Education domain is Slide. The app allows students to create minimalistic design slides for presentation. The app makes a presentation with just plain text.

The app, which is available on the Android store, allows you to export the slides into PDF to make it easy to access by devices can read PDFs.

Using this app, you can learn how to export parts of an app to other platforms. Also, it will give you an idea of the transformation of how the words appear.

B. Time and Calendar

While already present in the smartphone devices in default mode, Android users continue to install them to track a whole range of different things such as events, birthdays, meetings, health checkup, etc.

Same is the case with Time based apps, there are a number of apps that help keep track of the time users spent in meditating, running, and even sleeping.

If you are looking to develop your next Android app in this category, here are two open source Android apps to help you out.

The app works exactly like its name suggests. It is a no-nonsense calendar app, which has been developed on Android’s official programming language, Kotlin.

While this app is not for learning the in-depth technicalities, but if you wish to brush up your Kotlin knowledge, Simple Calendar app is ideal for the purpose.

The Android App has become a part of a number of meetings in the current time. The open source app is used as a stopwatch to inform when the time is up, while giving all the participants an equal opportunity to make their point.

Using the app, you can learn how to blend a simple functionality with other features.

With smartphones now becoming a sea of data and information, every user is on a constant lookout for a File Manager app that can manage their data in separate files, wherever needed.

Here are the two apps to help you join the club of hundreds of brands offering file management services to Android users. 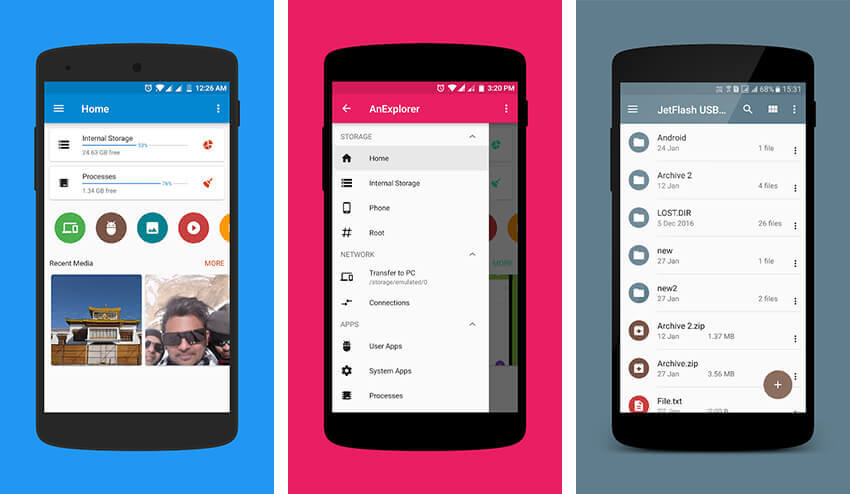 The open source app works around management of data and files on Android Users’ smartphones and tablets.

You can learn a lot like loaders, custom views, file handling, and root management etc by studying source code of AnExplorer app.

With a simple, easy on the eyes UI, Amaze File Manager is also one of the most used open source Android Apps presently in the store.

Using the app source code, you can get yourself an idea of how to implement features like root browsing and samba support.

With the number of apps now finding their place in the Android devices now growing, the need for apps that would keep a check on issues like device speed, battery usage, leaving heavy caches are continuously increasing.

If you too would like to develop an app that would help your users monitor the state of their devices, here are two apps that can help you out. 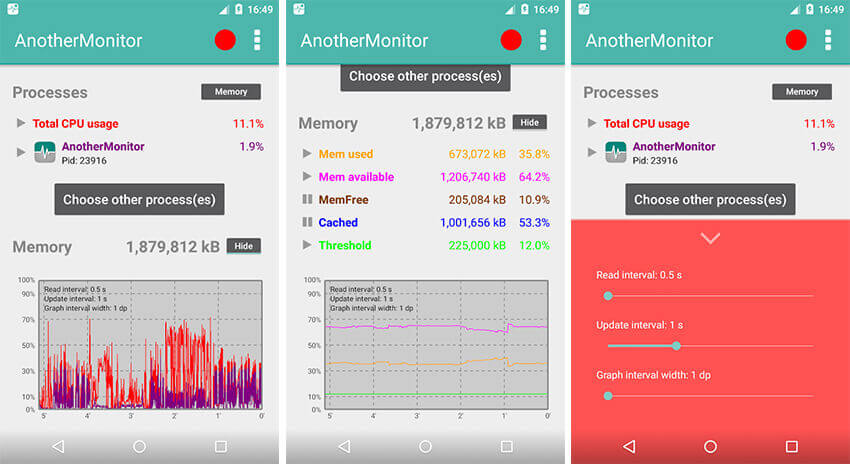 The open source app helps its users in tracking the state of their devices in terms of usage. If you want to learn about how monitoring of Android processes happens, how to track memory and CPU usage and other things related to tracking and monitoring, then AnotherMonitor is the perfect Android app to begin with.

The Android App is used by hundreds for monitoring their calls, texts, and data usage.

Using this, you can learn how to implement safety features in the app, while learning to track your users’ devices correctly and in real time.

One of the most popular categories of Android Play Store, Social has the biggest scope of experimentation and innovativeness. Bringing with itself, a series of difficulties as well.

The fact that users would like to share their stories and moments with the world in real time makes it important to have the back of features that would help with just that.

To get around the functioning of the deemed difficult app category, here are two open source apps to get you on board. 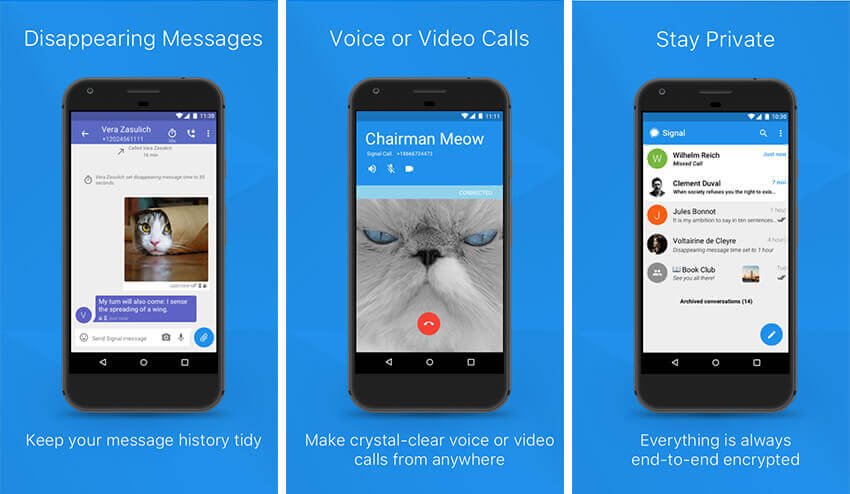 The app allows users to have encrypted conversations within the platform. It gives the users the freedom to use encryption in both instant messaging and voice calls that happen over the app.

Signal is your app if you need to learn how to enable the end-to-end encryption feature in an application.

Still new in the Android Market, ElloShare is a photo sharing app, which integrates with the users’ phone gallery that makes it easy to upload images straight from your phone into the Ello app.

If you are looking to learn about the functioning of image upload and sharing on a platform over the internet, in real time, this open source app can be your guide.

So here was the list of the open source apps that can teach you how to develop Android apps that rank on top of the Play Store, in no time.

Let us know how your life changes at the back of this article.