Why Swift is Preferred for Enterprise Mobile App Development?

Since its launch, Swift has been a trending topic among the enterprises. It has opened new doors of opportunities, empowering the entrepreneurs to take the next ‘Big’ step in the business world. Today, a large number of startups and established companies are looking forward to Enterprise mobile app development using Swift programming language.

“LinkedIn, Hipmunk, Yahoo Weather, Lyft and many other have already developed or upgraded their iOS apps in Swift. When are you going to do so?”

If you are an enterprise and confused why to consider Swift for app development, here are some of the points jotted down by our experts to help you out. Go through the points, clear your doubts and enjoy a higher scope of business with Swift language. 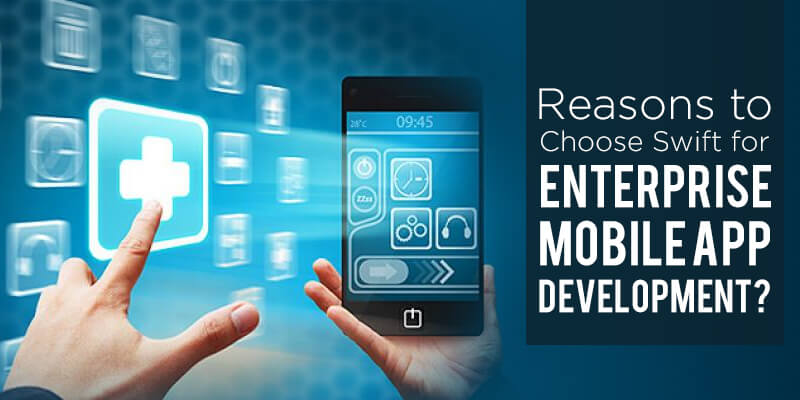 Users, nowadays, prefer mobile applications integrated with the latest technologies and techniques. Since the Swift is quite new language when compared to Objective-C, it would be an advantage to build your application in Swift.

Swift offers clean syntax, making it is easier for the developers to read, write and modify the code. Also, it has been found that the code lines in Swift language are much lesser than that in Objective-C. This implies that your iOS app will be developed in lesser time and cost, especially when the enterprise mobile application company you have hired charges on an hourly basis.

Swift is open-source which makes it easier for the iOS app developers to utilize Swift across a wide range of platforms and also for a backend infrastructure. One can easily upgrade all the source codes, bug tracker as well as email list periodically. Thanks to its robustness, one can go through the technical documentation. This, as a whole, enables the developers to build innovative applications with a futuristic approach. Besides this, the mobile app professionals can send their feedback to Apple for improvements in Swift development language, with the presence of Jira- a bug tracker.

According to the top app development agency, Swift employs the fastest algorithm calculation metrics and thus, offers higher speed advantages. Due to this, it has been highly appreciated by the developers.

“According to Stack Overflow Developer Survey 2017, Swift is the 4th Most Loved Programming Language.” 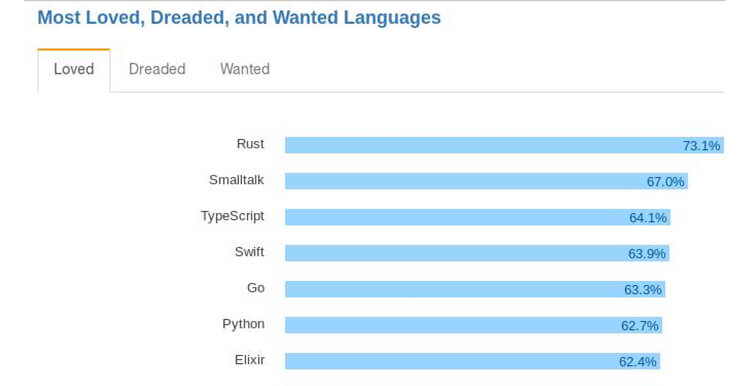 When talking about iOS app development with Objective-C language, you cannot push the updates without the involvement of C. However, no such dependencies are being observed in case of Swift development language. Thus, it is easier to perform maintenance for Swift than that in Objective-C.

Swift has eliminated various pitfalls found in Objective-C development, which means you will get a safer enterprise mobile application.

Objective-C had an object-link which had consumed some of the RAM of the computer, but it is not so in case of Swift. The Swift development was a single object-oriented program and switched to structures. The amount data type and SDK classes have also reduced, which ultimately made the memory more effective.

Another benefit of choosing Swift over Objective-C is that it compiles data at a faster speed. It has been using the LLVM (Low-Level Virtual Machine) compiler for optimizing native code for the operating platforms. This allows the developers to rewrite several groups as structures. On the contrast side, the Objective-C has only a few classes which result in slower coding and increased time frame.

Swift has been built with a multi-faceted language program due to which the app developers can comprehensively understand the language and develop different kind of apps varying from simpler to the complicated ones.

Besides the above-mentioned benefits, Swift is also an apt choice for Enterprise mobile app development since it uses the latest features of all the programming languages and even allows the developers to build a fully-functional application for Android platform. There is no exaggeration in saying that Objective-C is the past and Swift is the future of mobile application development.