Facebook Data Breach affected over 87 Million Users in March this year and the days that followed are affecting the millions of mobile app development companies globally.

This is the story of what happened and how it continues to affect the mobile app development industry even days after the fire has settled.

In the weekend of 17th March 2018, the news and uproar arose against Facebook when the news came out that the social media giant had been wrongly sending out personal user data to Cambridge Analytica, the political consultancy that worked on Trump 2016 election campaign.  The case was not that of a hack, it was of not informing the users in black and white of what data is being shared to the third party apps that request access into not just users’ but also their friends’ Facebook profile.

The next few days were utilized by Facebook in large scale reputation management – accepting what happened heads on and making auditing of all third party apps, to see how they are using the user data, their action plan.

With the news of data breach having settled now, the restriction on mobile app developers who are accessing users’ Facebook profile remains. 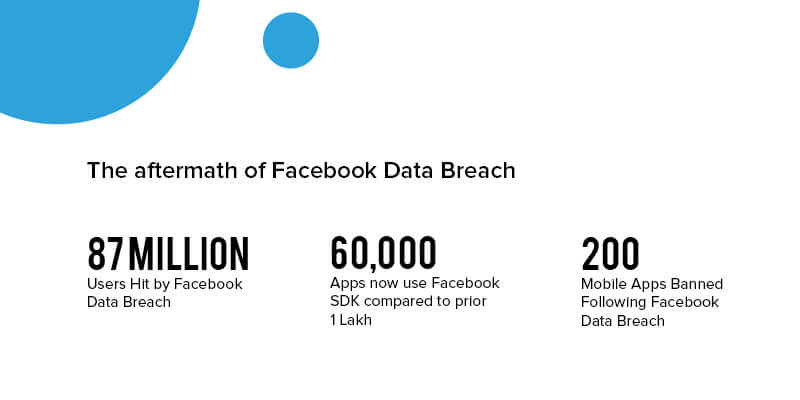 Following the day the data breach news broke out, Facebook has put all the third party apps that are associated with the social media platform under audit scrutiny. The brand is now going through all the apps analyzing what information they are taking and how they are using more minutely than before. This, in turn, resulted in Facebook banning over 200+ mobile apps.

Under its new data privacy statement, Facebook has put its foot down on the decision that it would be taking away the developer access from apps that are not being used by a user in over 3 months. Facebook also said that it is changing the login process in the next version as a system that would limit the access data to only the users’ name, profile picture, and email address. If the app needs any more access it will have to seek Facebook’s permission.

Also, Facebook has announced the new set of European Privacy controls, which highlights that users will now be asked to give permission if they wish to see an advertisement from the third party apps, giving the control of personalization to the end users.

Following this, doing targeting advertisement through Facebook has become a little difficult for the app developers. The app development companies that also handle the marketing efforts might have to start looking at other social media platform for app marketing opportunities. 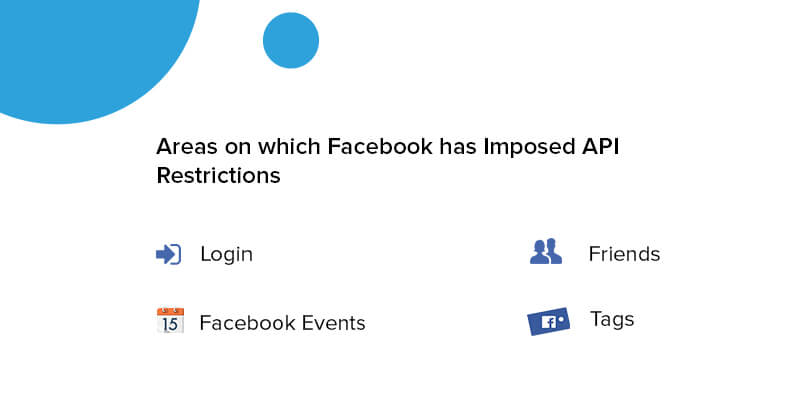 Incidents like these, like what happened when Uber got hacked or when PayPal was hacked, end up giving a direct negative blow to the app development industry, with Facebook incident, it’s no different.

The biggest impact that mobile apps that give login access through Facebook have faced is a decline in the login rate emerging because of the lost user trust into how their data will be used.

As mobile app development companies, it has become our responsibility to ensure that we have a framework in place where the exact detail of how the information is being used is specified to the users. We will have to make conscious efforts to only take in that information that the app actually need to function.

As for asking for viewing friends’ profile for marketing goes, apps should look at other ways to extend their user base at the back of one user. They should make use of another marketing medium like discounts on sharing the app or sharing the recent purchase on Facebook to take the word out.

Going a little in-depth in the technical side, here are the things that a mobile application will not be able to do with Facebook bringing major changes, rather restrictions in the access that its API is giving –

Now that you, as a business that is on mobile using the Facebook API, know what all restriction you will be facing following the Facebook new data privacy new guidelines, let us look at the solution that you have.

The only solution that you have left with amidst all the restriction and scrutiny is changing your business model.

You will have to find other ways to get users’ information beside relying on Facebook for it. Plus, your app layout should be clear enough for the time when Facebook scrutinizes it for the rightful intent behind collection of user information.

In short, if you want to continue using Facebook as a mode of getting user data you will have to be your intention known and even then, it is time to expand your advertisement mode and not rely on just platform.