Blockchain Technology: All Set To Revamp the Future of Transactions

Blockchain technology application extends across a variety of industries and services, too. For example, as a retail investor, you can access blockchain as a diversification tool for your portfolio using exchange-traded funds (ETFs). Cryptocurrencies can be a valuable asset to add to your investment strategy.

Moreover, NFTs are the possible source of revenue for businesses looking to invest in marketplace development. Check the development cost of NFT marketplace for further details.

The distributed ledger system deployed by blockchains increases its transparency and accountability. The append-only structure of blockchains allows data and transactions to be added to the chain, but prohibits deletion or modification of existing transactions in the chain. This feature allows tracking back of transactions to the genesis block where a transaction originated. Another advantage of blockchain technology is the ease and speed of settlements that it offers and the systematic value that it is providing to various industries with the growing economy. Owing to all these advantages, blockchain technology is poised to revamp the future of transactions in a big way.

To understand the implication of blockchain technology on the future of transactions, we need to understand some basics of this transformative technology – something that we have covered in much detail in our Entrepreneur’s Guide to Blockchain. Let us here look at the features that come together to define the hyped decentralized technology.

Blockchains are made of blocks of transactions linked together in a chronological sequence. Copies of the ledger exist on each node in the blockchain. Anybody can view and access a blockchain but addition of a transaction to the blockchain will require consensus of all miners in the system.

As explained before, blockchains have append-only mechanism. Data once added to a blockchain is immutable. Since all blocks are inter-connected, a change in one transaction in one block, will impact all connected blocks and alert all nodes in the blockchain. For this reason, blockchains are perceived as highly secure. Another security feature is its encryption mechanism. Though a blockchain is open-source and visible to all, the data within is in encrypted form. To decipher it is nearly impossible without proper credentials of a legitimate miner. Hence, blockchains are less exposed to hack attacks to a greater degree than other mediums.

To maintain the integrity and functionality of a blockchain, a consensus and rewarding mechanism is followed. When a transaction originated in a blockchain, all miners in the chain start verifying it by solving complex mathematical puzzles using super-powered computers. Once a puzzle is solved by a miner, his solution is verified by other miners. When they reach a consensus, the transaction, along with its solution, is bundled into a block and added to the blockchain. The miner is rewarded by Bitcoins or altcoins (in virtual currency-based blockchains) for his efforts. The other miners start looking for other pending transactions and the blockchain keeps growing. 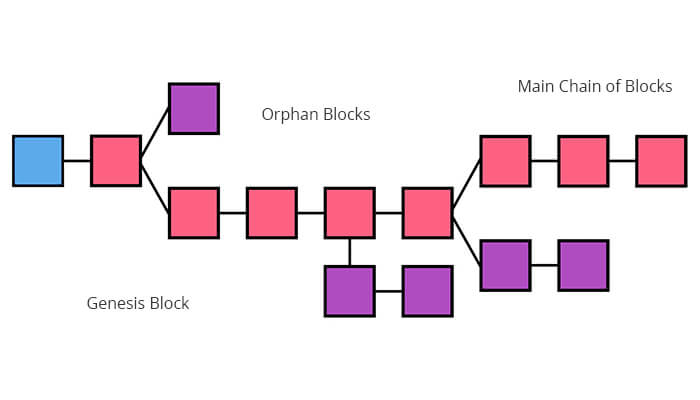 A common myth is that there exists a single blockchain in which all transactions are added. This is not true. There are multiple blockchains in the system. They can exist independently or be connected to one another. The blockchain ecosystem is like the internet in this sense. But a fundamental difference between blockhains and internet is that the blockchains are not connected to a central server or hub. Each node in a blockchain is like a server and harbors copies of the distributed ledger of that blockchain.

How Blockchain Technology Will Impact Transactions

1. Increased Transparency and Security of Data

The way in which businesses and organizations store data will undergo drastic changes by the use of blockchain technology. Presently, record-keeping is a cumbersome task that requires dedicated staff and incurs huge overheads. It’s also prone to human errors and physical hazards such as fires and thefts. Blockchains are virtual distributed ledgers, free from of all these shortcomings. Transactions are encrypted, immutable, and stored in an orderly fashion. They are accessible to all nodes but cannot be altered.

Blockchain transactions are not mediated by third-party intermediaries. They are verified by miners who work round-the-clock in solving mathematical puzzles. As soon as these computations are done, the transaction is verified and added to the distributed ledger. The change is reflected throughout the blockchain. There is no need for lengthy documentation or hefty verification charges. The reward for miners is nominal and isn’t a burden on parties involved in a transaction. Elimination of intermediaries reduces transaction costs and speeds up the process.

For instance, blockchain in the real estate industry is revolutionizing the transaction speed by enabling smart contracts binding stakeholders to stay rigid to its terms and conditions.

Traditionally, it took days or weeks for settlement of transactions. For example, you might purchase a two-wheeler but registration of its ownership can take months. In blockchain technology, settlements are done instantly and this is perhaps, its biggest advantage. As there are no intermediaries and all verification is logic-based, human involvement is minimal and so are processing delays.

Also check out “what is blockchain-as-a-service and its various business benefits aligned to industry niches”.

Private blockchains beat the very essence of anonymity and decentralization. Banks and private organizations have generated their own blockchains and control the private keys and right to admission. While this enhances security of transactions further, it defeats the very purpose of having a decentralized ledger system.

The total cost of maintaining the Bitcoin ledger is approximately $600 million. As the blockchain size increase, the cost will also increase. Moreover, the operational and set-up cost of mining rigs is not small by any standards. Addition of more miners in the system constantly ups the competition. So, there is no guarantee of rewards despite paying heftily for participating in the system.

In a race to validate transactions, each node in the chain works overtime and ends up consuming a huge amount of electrical energy. If the cumulative cost of energy consumption and labor is considered, blockchain technologies might turn out to be a financial liability for businesses.

While this was about the operational cost, the Cost to develop Blockchain App also has a similar story to tell. Since the technology is fairly new in the industry, the blockchain developers needed to develop a Blockchain app is still not widespread, which tends to increse the cost of development. You might also want to explore; how to make money with your dApp

Another roadblock is a lack of awareness about how blockchains work.Apart from banking and finance sectors, not many industry folks understand blockchains. This discourages them from exploring use cases for their own transactions.

For blockchain technology to bring any real benefit, there needs to be coordination between industries and organizations. But the reality is far from it. Organizations are developing their own blockchains to cater to their own applications.

While decentralization of blockchain is a definite plus, there is a compelling need to have a regulatory body to exercise oversight. In the absence of regulations, impact of any negative activities in a blockchain can affect participants directly and hamper transactions from start to finish. Regulation is also important for controlling the size and costs of blockchains.

Blockchain technology indeed has a huge potential where transactions are involved. But to leverage this capability, further exploration and maturation needs to take place.