The series of surprises that started with Google I/O 2018 event has not yet ended. After announcing the Android P and Measure app update, the tech giant has recently launched the ‘Messages for Web’ – the web version of Android messages mobile app. This Android messages app update will let the Android users have chats from their PC and Mac- giving a relief from holding phones for a long.

Announced on this Monday, the app allows you to open your Android messages and continue the chats from any browser. All you need to do is to open this URL: messages.android.com on your web browser. Open the three dots on your messaging mobile app, select ‘Messages for Web’ option and scan QR code from your phone, just as we do in the case of WhatsApp Web. 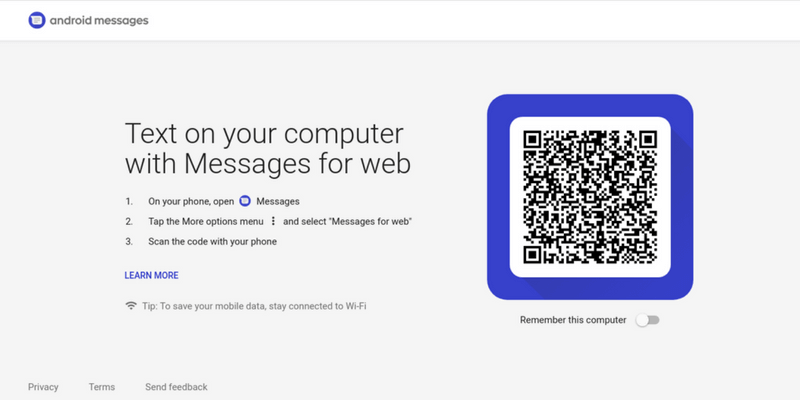 Although Google has launched many chat apps before like Google Duo, Hangouts and Allo, the ‘Messages for Web’ is quite different. This android messages desktop update is completely based on its prime feature, i.e., messaging. It does not offer any phone call, video call or any such option as a cherry on the cake. It just lets you enjoy SMS and MMS from a desktop.

But still, this Android messages update has a bunch of cool features, making it more competitive to Apple’s iMessage app and Facebook’s Messenger app. Some of the significant features are:

Not just this, the Android messages app is also expected to support payments without involving Google Wallet, which will heat up the competition between the two top tech giants.