In-memory and NoSQL is a database combination that is being used by a number of businesses, across industries by companies relying on a plethora of architecture patterns.

The combination has also grown to become a favorite of applications dealing in real-time events and unstructured pool of data, like in the case of Machine Learning based applications.

A database that has emerged as an ideal name in the combination category is Aerospike database.

The enterprise grade database solves a series of challenges: The inconsistency of traditional NoSQL, Relational systems not having enough performance, and Mainframe being too costly and difficult to reach the internet scale.

In order to know how these advantages would translate into business benefits, it’s first imperative to understand what In-memory NoSQL means.

What is an in-memory NoSQL database?

Let us divide the concept into two parts: In-memory and NoSQL database for a better understanding.

There are two database types: SQL and NoSQL. SQL databases are table based and work with a predefined schema. Meaning, developers have to feed in data in the form of a table (rows and columns) in the database. Additionally, a predefined schema (layout) has to be maintained.

The structure comes in extremely handy when the entities and the kind of data that they work with is static. Example: in case of Uber and Instagram, the information related to users and businesses are devised in a static format, thus relying on SQL.

While practical in a variety of conditions, they come with limitations, mainly around the need to follow set guidelines and layouts in terms of data input.

NoSQL was introduced to solve these issues. 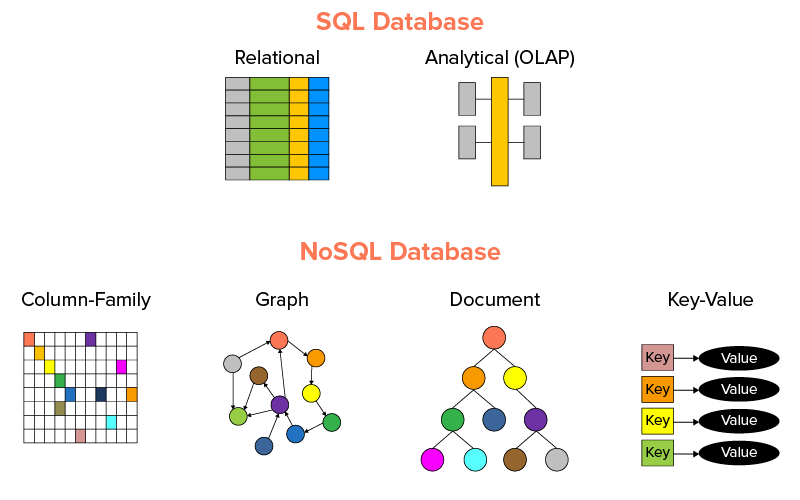 They are anything but table based: key-value pairs, document based, or graph databases. They work around unstructured data. Meaning, nothing has to be predefined by the developers as queries for the database. Any form of data – image based, paragraphs, etc can be used.

It is devised for multiple operational needs –  real-time apps which interface with the customers or extend support to APIs in microservice pattern, and is heavily used in big data analytics. NoSQL enables high-performance, agile information processing at massive scale: a key feature for new class of operational databases. Apart from Aerospike, HBase and Caasandra are two of the best NoSQL databases.

There are two types of databases: One that relies on disks and SSDs for saving data and another that uses memory or RAM to save the data. In-memory databases are the latter. These databases are used in cases where the data has to be fetched in real-time (a feature that their counterpart doesn’t offer).

But since the data is stored on memory, there’s always a chance that the data might get lost when the server fails or faces a downtime. To handle such situations, the majority of in-memory databases persist data on disks by saving operations in a log or through screenshots.

Now that we have looked into what in-memory NoSQL databases stand for, let us get our attention to Aerospike.

It is a scalable, distributed database. The Aerospike NoSQL database architecture is devised to fulfill three primary objectives: 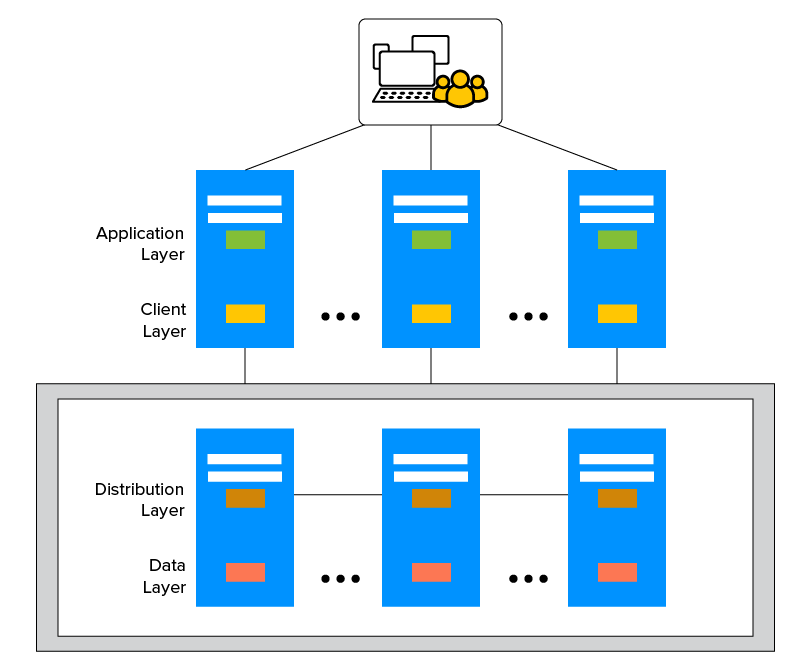 There are a number of elements and features which separates Aerospike database structure from other NoSQL databases. But, one key differentiator that makes it the first choice of world’s top companies is Aerospike’s hybrid memory architecture (HMA).

The index in case of HMA is saved in-memory while the data is stored in a persistent SSD and read from the disk. This, in turn, saves the space occupied in RAM, while keeping the data securely stored in the SSD.

The HMA in backend database in Aerospike architecture offers sub-millisecond latency and high performance with very less hardware spend. This results in lowering the total cost of ownership, enabling massive scaleup at low cost than pure RAM. This helps in the creation of rich and compelling UX which are key to determining success in the digital age.

Benefits of Aerospike Database for Business 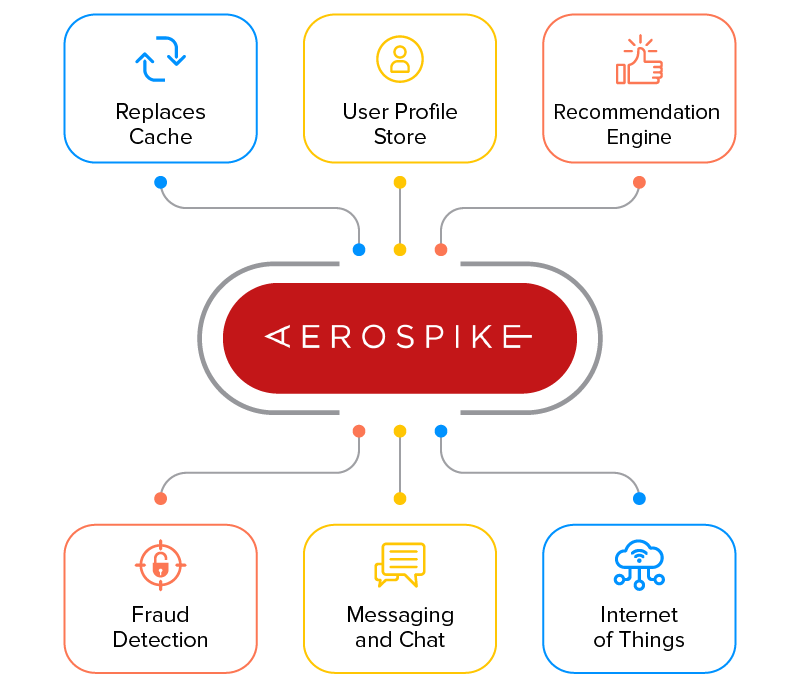 One of the key aerospike database advantage lies in high throughput and low latency makes it an ideal cache replacement platform. Cache is best suited when you work with static data. But, if the data is constantly changing, you will either have to deal with differences in database and cache or overwhelm database with writes.

Compared to Redis and Memcache, Aerospike data model comes with a built-in clustering which uses high performance SSDs. It also comes with the functionality of automatic cluster and transparent resharding, done through the mode of Aerospike Management Console (AMC).

When developing a marketing or advertisement app, you will have to store the users’ profiles. These profiles will come with information on recent user behaviours, partner cookies, segments loaded from analytics system, and a plethora of other data. The data in this category is usually between 1 to 10 KB. But, additionally, you will also require other frontend data such as – campaign budget, cookie matching, and status.

Optimized for Flash, user profile storage becomes one of the primal Aerospike use cases. It has helped form the user store for a number of popular advertising agencies such as Nielsen, AppNexus, Adform, and The Trade Desk. It is also much cheaper to operate Aerospike with large-terabyte scale compared to other databases.

For a recommendation engine to work right, you would need to use innovative mathematical formulas along with domain based knowledge for increasing the online engagement. If you are planning to develop one from scratch, you would require a fast data layer – one that supports various requests for every recommendation. It will also have to be flexible for you’d either need greater throughput or greater data as the system would evolve.

Aerospike in-memory database, with its following features makes up for an excellent database:

Detecting fraud is every business’s goal, especially when it is their users money or private information is at stake.

Ideally, an application gets 750 milliseconds to decide whether or not an event or transaction is fraudulent. Within this time span, a user profile and the transaction made has to be validated according to the rules set by data scientists. A single request more often than not leads to several database lookups. In such a situation, latency is the key.

When working on advanced algorithms that fraud detection requires, the tech stack is generally made of advanced libraries: ones that cannot easily push compute in databases which use SQL. Aerospike, with its low latency and NoSQL become an ideal database for such use cases.

Messaging has become ubiquitous to mobile app usage. The definition of an ideal chat platform development is one that is available 24*7*365, have zero downtime, carry the functionality to share multiple data types, provide the option to save the chat history, all the while keeping it secure.

The fact that you can feed in different data types in Aerospike makes it fit for the job. But, it also comes with other benefits, such as:

In the IoT environment, the IT system of an organization must collect and respond to over millions of inter-dependent processing events every single day coming in from thousands of devices, sensors, and apps.

The input types might include temperature, location, health, fingerprint, vibration, pH, flow, or even facial recognition. These inputs are even interconnected for providing enhanced monitoring, controlling, and feedback purposes.

The system latency, which collects this data should be extremely low (only a few milliseconds) for making the data available to the IoT app.

For the IoT trends 2020 to actually come true, it will be of prime importance that low latency is maintained and there is little to zero downtime, even if it is in the name of maintenance. Aerospike for big data analytics comes with the feature set to meet the low latency, high uptime and performance need of IoT.

1. What are the limitations of Aerospike?

While Aerospike has come far in terms of solving its challenges and setbacks, there are a few challenges that remain. They have highlighted the Aerospike’s known limitations, here.

Yes, Aerospike is an open-source database.

4. Aerospike vs Sql server: What separates them?

Aerospike is a NoSQL database, which is known to work around unstructured data, unlike SQL servers which require a certain type of data entry. Aerospike is also open source, while SQL is commercial. The former doesn’t support XML, while the latter does.

5. Which are the companies using Aerospike NoSQL Database?

There are a number of data centric brands that have taken their business to Aerospike – Adobe, Snapdeal, PayPal, Signal, etc. 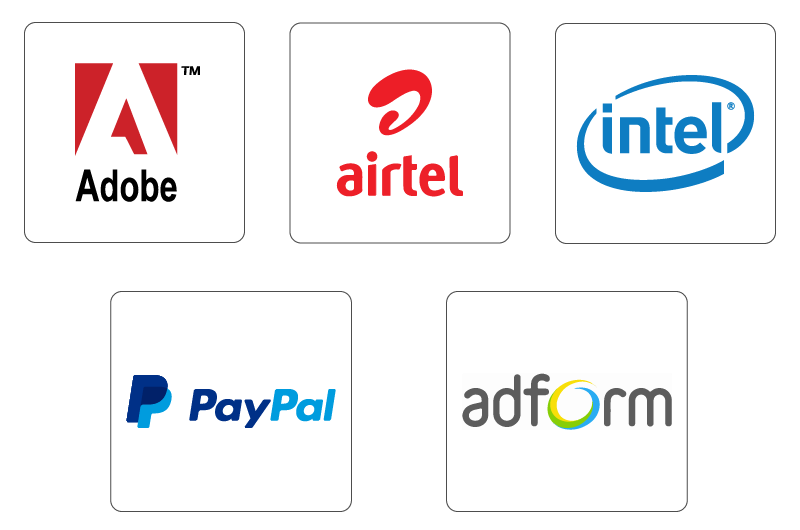 APIs have become omnipresent in the world of software and mobile app development. Right from private solutions to public-facing services apps and partner integrations, it is present everywhere. They are helping developers in creating apps that cater to a diverse set of customer needs. They are transforming the architectural patterns with a much sophisticated approach…

With the advent and popularization of mobile apps, the focus has now started shifting on not just developing an amazing app but also on understanding the underlying factors that differentiate an amazing app from a common one. Every detail of an app that provides an effortless experience is incomplete without the mention of its efficient…