An Introduction to Blockchain Funding Models Beyond ICOs

2017 was the year when Blockchain first entered the investment world.

The prevalent situation of confusion about the genuinity of Blockchain projects is what enticed the technology enthusiasts to take the matter in their control and create their own funding model to initiate some traction in the adoption of decentralization.

This need to get a new class of investors on board is what conceptualized Initial Coin Offering (ICOs). A model that went on to become a major hit in 2017 with the funding rounds now hitting new heights.

By the end of 2017 and starting of 2018, ICOs had now reached a point where the industry was now passing comparative lines and questioning if ICOs are replacing Venture Capital funding rounds.

In 2018, however, we saw a slight setback in the ICO adoption in the market, in terms of the picture that was now coming on the forefront – a picture of scams in funding bitcoin development. The market though kept rising to the occasion, even when the accusation of scams were surrounding it, with only a slight downfall. Something that now made people question if ICOs are still worth investing.

Came 2019 and we saw new types of Blockchain funding models entering the industry – promising to help Blockchain entrepreneurs and investors get into the decentralization world with more confidence. These models soon became the most renowned non-traditional funding models operating in the market today.

In this article, we are going to introduce you with the world of Blockchain funding types that are now slowly moving away and beyond from Initial Coin Offerings. For in no way, there is a shortage in demand for Blockchain fundings, if at all, the decentralization range getting funded is only increasing. Giving the question – will investment in cryptocurrency and blockchain startups continue to rise or stagnate? An answer in Yes. 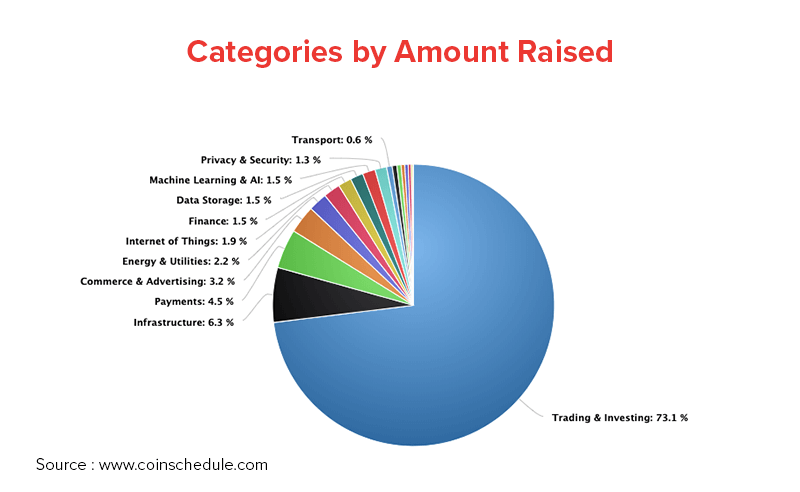 But since the whole Blockchain powered funding process was conceptualized with ICOs, we will not make it sit out of the list of Type of Blockchain Funding Models. Just like we have not excluded it from our Blockchain guide for entrepreneurs.

The concept is first to initiate funding powered by Blockchain ecosystem. Working mainly at the back of Whitepapers, the model invites investors to put in their money in the decentralized project in return of cryptocoins, which is expected to see a rise in the time to come – thus increasing with it the investors’ money and eliminating the need to explain how does ICOs work. 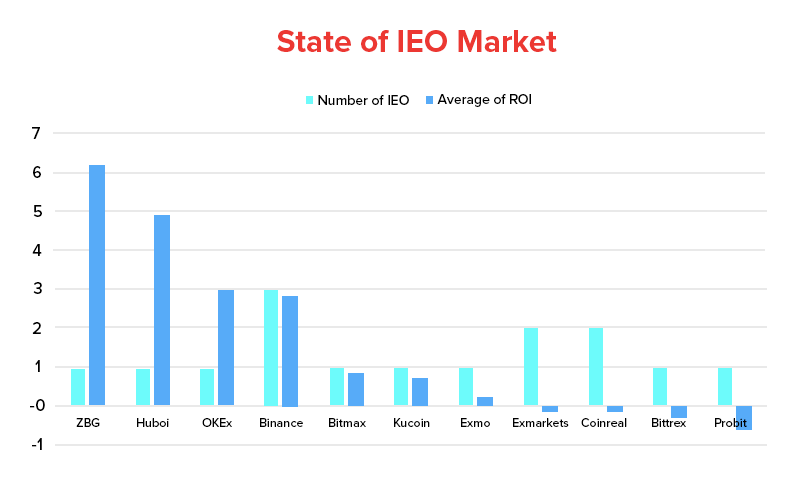 Being one of the most closely similar to ICO Blockchain funding types, the core of IEOs lies in the basic concept of Initial Coin Offering – with the only difference being in the fact that unlike ICOs, where the whole funding round and an event happens on the company’s website, it happens on the crypto-currency exchange.

The crypto-exchanges are meant to develop a platform in which the developer pool is minting and selling their token to the individual contributors in return of either fiat or any other cryptocurrency.

The primal answer of how IEO differs from ICO is that the investors need not send their cryptocurrency to some smart contract. Instead, they will have to open an account on a platform on which the IEO will take place.

The next step would be to fund in their crypto-exchange wallet and then make use of those coins for purchasing the company’s digital money.

The benefit of this is that the whole IEO model becomes tradable almost instantly, while in the case of ICOs, the investors are made to wait for months to sell their coins. In addition to it, the exchange is also interested in marketing their tokens for they receive a percentage of tokens which are sold in the offering.

While only minutely different from ICOs (at least seemingly) the benefits that IEOs have to offer are very huge in comparison.

An idea coined by Vitalik Buterin at the beginning of 2018, DAICO is ICO made more trusted and accountable.

The Blockchain funding model starts off as ICO with investors sending their funds to the development team and receiving tokens that are proportionate to the funding. The difference comes when in the way that the funds are all locked away from the development team and they cannot access it – unlike in the case of ICO – thus answering how DAICO is better than traditional ICO.

In the second phase or the phase where the difference in DAICO vs ICO emerges is in the fact that following the DAO model, the token holders vote in favor of or against the project proposal. Meaning, the development team will only be able to implement the proposals which got enough positive votes – an event that happens on the smart contract.

The contract, in case of DAICO, has a variable called ‘Tap’. The tap is set to zero at the initial stage, meaning the development team won’t be able to access funds a.k.a Tap mode. This mode gets activated as soon as your ‘Contribution’ mode ends – the part where funds were given by the investors.

Now, the development team has to submit in resolutions which contain the project development phase while the investors have to unanimously decide whether or not to vote for the rise in Tap value. If they raise the value, funds will be given to the developers, otherwise, it won’t be – a part known as Withdraw mode.

In the case where the investors and the development team are unhappy with how it is all happening, investors can vote for self-destructing the contract, in which case refunds will be made to the investors.

The benefit that DAICO offers over ICO is a complete scam proof ecosystem. Unlike ICO scams where businesses take in all the money and leave the project, DAICO enables the investors to have full control over when to take their money out. And even in case of a scam, their whole investment never gets wasted for they get the refund while the tokens held by the developers are completely destroyed.

While on a superficial level DAICOs appear as more of an investor-benefitting funding model, there are some pretty strong for cases from the business front as well –

The funding model that is the sub-section of Security Token Blockchain Offering is a fresh take on the ICOs. Unlike in the case of Initial Coin Offerings where the investors only get coins in return of their investment, Equity Token Offerings get them a pro-rata ownership in the company including the dividend and voting rights. The equity-crowdfunding model enables off-chain companies to issue share on the on-chain platforms in the ETO vs ICO debate. 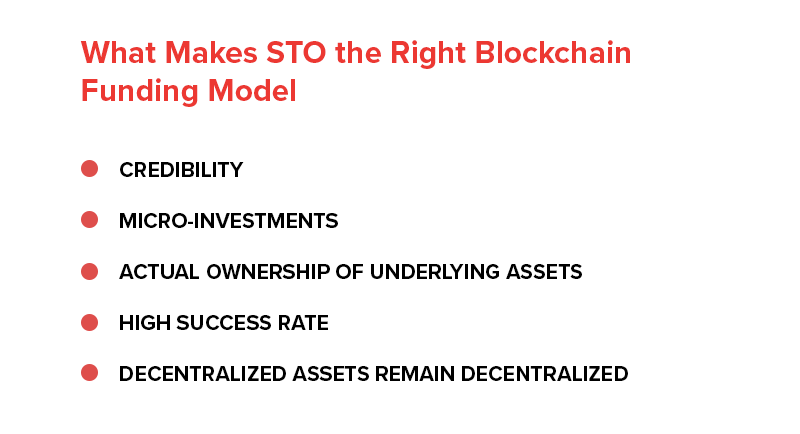 When you choose to go with the ETO model, you invite off-chain companies like private equity and startups to onboard without relying on caseless utility tokens. Something that opens your blockchain project for the world to invest in. There are some other implications of choosing ETO for your business as well, like:

Here were the four types of Blockchain funding models that are presently operative and emerging in the world to help set up several decentralized projects off the ground.

Now, the question remains how do you decide which funding model is right for your business? Our team of Blockchain experts and Bitcoin Blockchain developers has the answers. Fill in the contact form below to get the answers.