“1000 downloads, $100 millions of revenue” – All such metrics pop in our mind, whenever we think of taking our months of hard work to the final stage, i.e, mobile app launch. We expect some miracle to happen that makes our app go viral, and get into the list of TikTok, Uber, and Pokemon Go.

But alas, not everyone lives this moment.

The mobile market has gone so competitive that there are endless apps offering the same functionality. In such a scenario, waiting for users to come to your application on their own, rather than putting efforts into an app launch strategy is a sin.

To ensure that you do not commit this mistake and get no outcome from your investment in terms of cost to make an app, we will be discussing the right way to launch your application here.

[In case you haven’t decided when to take this big step, check the blog: What is the right time to launch your mobile app? ]

But, before we look into the right way of launching an app, it is necessary to be familiar with the fact that mobile app launch strategy does not come into play when you release your app. Instead, it comes into being right from the day you take the first step to make an app.

So, to get higher success numbers and earn more money from your app, here are the list of steps to take – categorized under Pre-launch and Post-launch strategy.

What Pre launch marketing ideas you should consider?

Any application who has not prepared a market for its launch can’t drive higher revenue. So, it’s imperative to invest in pre launch mobile app marketing.  Something that can be possible effectively by following the pointers given below:

When you launch an app without knowing who your target audience is, it is likely that you end up making an application that no one likes and face other potential threats. So, one thing you need to do before starting with different stages of building an app is market research. 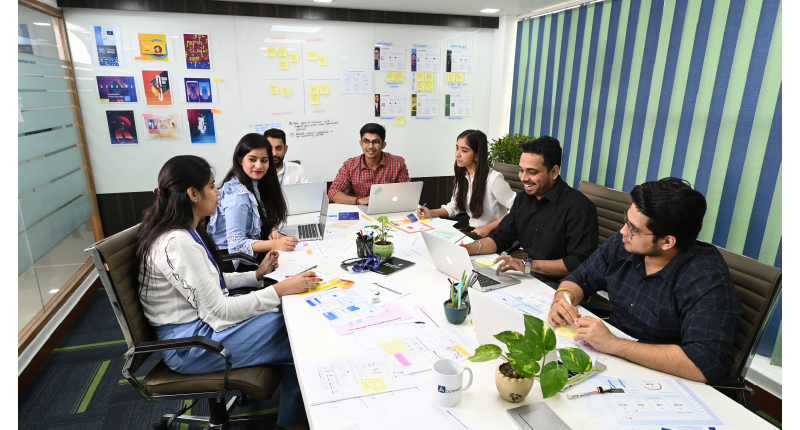 By doing so your app will be prepared for whatever situations arise post-launch.

Marketing of the app is done way before the actual launch app. Some app owners start the app promotion even before the mobile app development is finished. Early marketing creates a positive image for the app and also creates awareness about the app.

So, how to market an app successfully? To muster support for your mobile app reach out to friends, communities, influencers, or create product videos and share online. You can also create a blog or a website which will act as the landing page for your app.

[To know other such methods, refer to our comprehensive guide to promote a mobile app.]

3. Create a buzz with social media

Social media can blow up things faster than a bomb. So many apps have gone viral and all the credit goes to social media. Reddit, Facebook and Instagram are great platforms for promotion before you actually launch mobile apps. 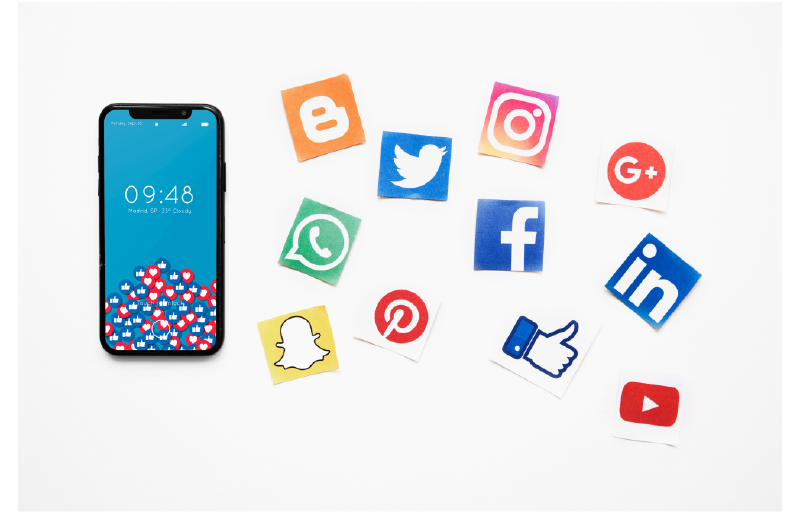 A press kit is basically a resource for journalists and publishing houses to convince them to review your app. The kit includes all the information about the app such as screenshots, images and other details. You can also include videos by uploading it on YouTube.

5. Reach out to beta testers

Beta testers are registered testers for apps on the App Store or Play Store. They can be the best source for honest feedback for your app. Make sure you take the advice from the testers and use it to improve your app further. 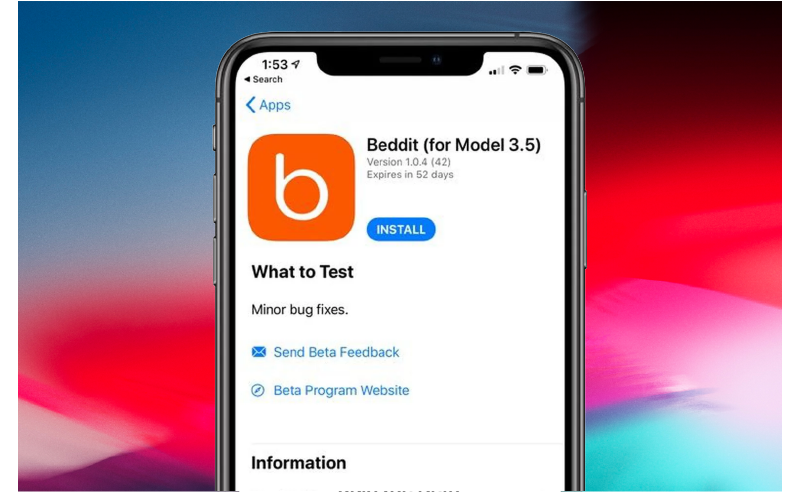 Now you may ask how to come across these beta testers to execute a perfect mobile app launch. For that, you can find many websites that provide beta testers. Make a choice as per your requirements.

Your app store page is also your landing page which means it’s the first place your customers visit.

Including images, videos and screenshots of your app will showcase the app quite well. Getting featured in the Play Store or the App Store is a big hit for any app. The aim is to get more downloads from all these factors. The key focusing points are:

So this is all about how to prepare your app before you submit an app to the app store.

Now you might be thinking, “What to do once the app is launched?” and the answer follows in the next section which has all the steps of post-mobile app launch.

How to Plan Post-launch App strategy?

1. Ask for referrals such as word of mouth

The best practices of launching an app involves word of mouth promotion. It is said that word of mouth is the most effective form of promotion and brings in genuine users. Reaching out to your friends, communities, colleagues and family members to spread a good word about the app would create awareness among a large group.

Vigorously linking your app everywhere is another strategy that you can follow. When you launch an app, link the app on your email, comment sections, other blogs or social media. This way the link will become visible all over the internet and would bring in some curious users who might even stay forever.

Once you’ve gone as per the app launch timeline, the next thing to go for is to consider paid ads on Facebook, Instagram or any other online platform. These ads, when reflecting on the news feed of every person present on that platform, increases the chances of getting clicks on the application and drive higher revenue, alongside app awareness.

If you have partnered with qualified iOS mobile app developers to enter the Apple market, pitching the Apple’s editorial team and that of App review sites will also be helpful. When listed in the Top lists, your application will get more attention from the users looking for such apps, which will ultimately result in better outcomes.

Another thing to look for after mobile app launch is to keep an eye on user journey. When you, with the help of some metrics, identify what users are liking the most on your platform, what is irritating them, why and who are abandoning your app, etc., you can easily plan your perfect mobile app retention strategy and drive higher profits.

Communicating with end users is not something that ends up while you reach the final stage of the mobile app release process. It must be continued even after the launch of the application. This is because when you maintain a real-time communication with your customers, they feel heard and share their pain points as well as leisure pointers, which makes it easier for you to plan the next app update.

Now, while these were some of the strategies to consider before and after mobile app launch, let’s wrap up this article by looking into some of the mistakes you should avoid committing.

Pitfalls to avoid when you launch a mobile app

A poor working app can be the cause of the failure of a company. Once the app is launched in the market, there is hardly any chance to undo mistakes immediately. You will have to wait until the first app update is launched but by then the app would have lost too many users.

You can totally prevent this scary situation by avoiding these common mistakes made during app launch.

Many businesspeople consider the whole world as their market. They hope that this practice will enable them to get the attention of a wider audience and reap higher benefits. However, the reverse happens.

When your application is installed by the wrong target audience, they feel confused and irritated while using it and leave a negative feedback. This prevents various right users from tapping on the ‘download’ button as well as prompt developers to introduce various unnecessary functionalities.

So, rather than generalizing the market, one should run a survey, accumulate market data, and target potential customers to drive better results.

Another common mistake made by app enthusiasts while app launch planning is overlooking the essence of an effective onboarding.

A mobile app onboarding is not simply a way of introducing the app to the users, but it is the method to create an unforgettable first impression of the app. Meaning, if you create one without following the right app onboarding practices, you might fail to touch the hearts of the target audience and encourage them to go further.

Last but not the least, launching a complete application at once is yet another mistake that can lower down the benefits of mobile presence.

When you design and launch a full-fledged app at once, it demands higher time, effort, and cost. Also, the risk of failing entertaining the right audience due to change in their needs and market trends is also high. 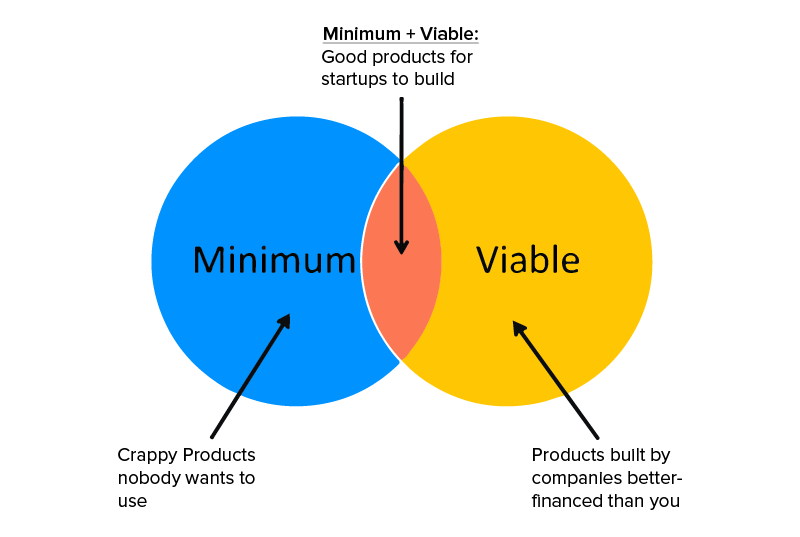 But, when you develop an MVP(Minimal Viable Product) instead, it not only saves the time and money associated with the development plan. But, also helps in validating your app idea, gather adequate user data, and make the best of the mobile app launch. So, look ahead to it.