Realtime vs Cloud Firestore: Which Firebase Database to Choose

History goes back on Firebase database not too far beyond. Founded as a mobile and web development platform, Firebase was brought into existence in 2011 and then in 2014 it was acquired by the tech giant Google and its fate changed.

Skipping ahead of the history of the evolution of Firebase, within one year after its acquisition by Google, it was merged with Divshot and since then it has expanded to become a unified platform for mobile developers.

Firebase now integrates with various other Google services to offer broader products and scale for developers. In fact, the benefits that it offers makes Firebase for startups an in-trend process.

So what is Firebase database? Firebase is a BaaS, that is, Backend as a Service. Using the Products provided by Firebase, it is not just the Mobile developers who can build high-quality applications. Google has launched several new features for Firebase web users as well.

There are two products of Firebase which make it possible to build all the applications we just mentioned. Realtime and Cloud Firestore.

Realtime is the well-established product of Google’s Firebase database and Cloud Firestore, while promising better technologies, is still in its beta testing stage.

Realtime database is Firebase’s original database. It’s an efficient and low-latency solution for a mobile app that requires synced states across clients in real-time.

Before coming to the individual properties of the Realtime Database and Cloud Firestore, let us have a look at what are the advantages and disadvantages of using Firebase database for your next project: 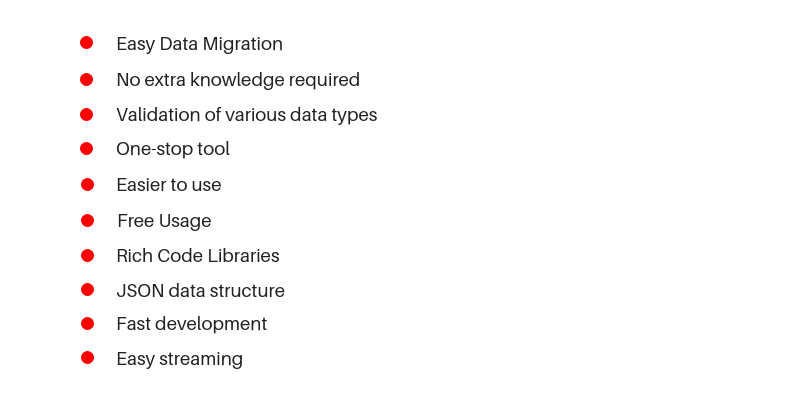 If we have a look at the list of reasons, why one should use firebase database as their one-stop database for all the mobile and web app development, we will see why Firebase db has become such a big hit in mobile app development industry.

Are you still wondering how does firebase work? Let’s rewind a summary of what we have known in the above article. 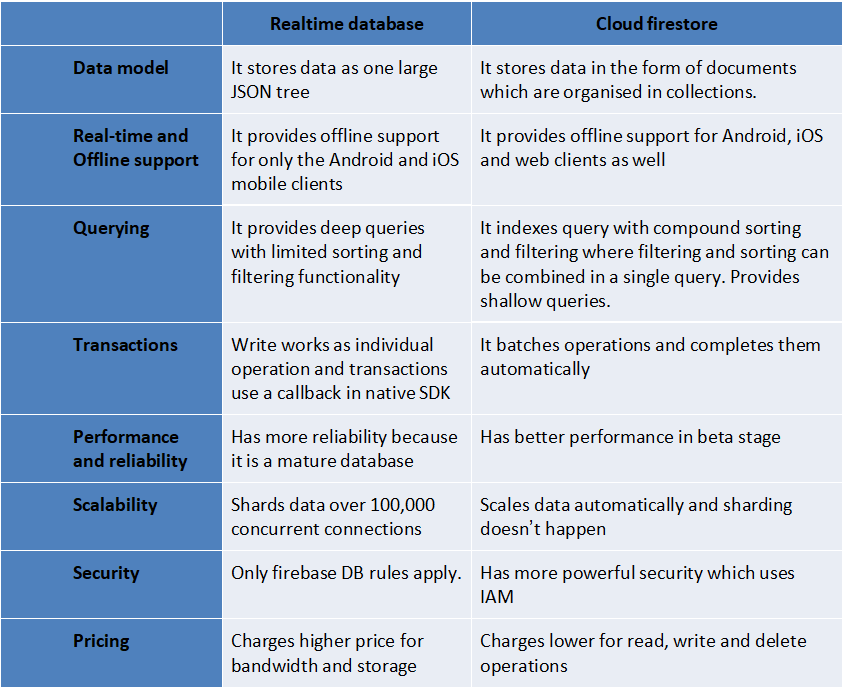 When to use Realtime Database:

When to use Cloud Firestore database:

In conclusion, the Firebase db models have it going well for them. Realtime firebase has been running successfully for years now and last year with the release of beta version of Cloud Firestore, better things are in store of mobile app developers and app development companies.