Set to release in the fall of 2020, iOS 14 was announced in the June of 2020 with a slew of changes and a series of groundbreaking announcements. Like clockwork, Apple comes with a multitude of industry transforming OS additions devised to make app experiences immersive, secure, and easy. But this time around, Apple has taken it up a notch with changes that would affect how advertisers target users.

While there are significant changes you’ll have to do to make the app UI ready like implement dark mode along with taking care of how to apply scene delegate, and modal presentation; in this article, we are going to look into how to get an app ready for iOS 14, especially in a way that it won’t gravely affect the app marketing efforts.

But before we head on to the part, let us recap the iOS 14 features.

1.  Home screen with an app library 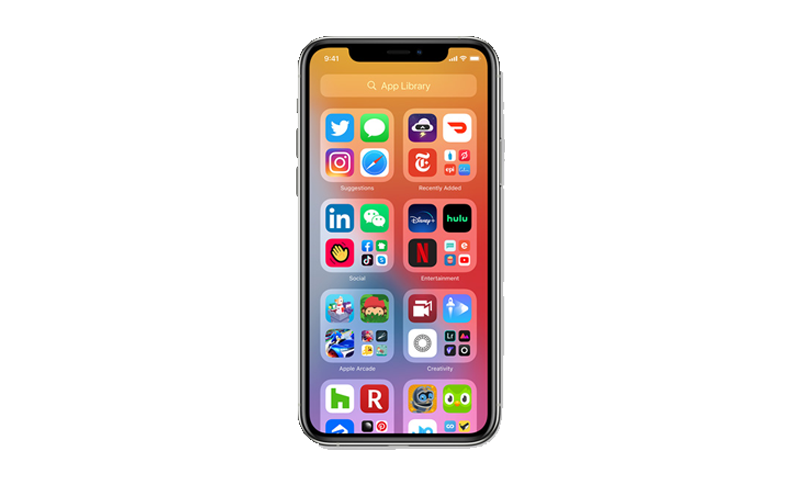 Apple is changing the home screen with iOS 14. Users will be able to remove the applications from the screen or even remove the screens. The apps also stay in the App Library which is one swipe away from the final home screen.

App library groups all the apps in big folders which shows the recently used apps. It even enables the users to search for apps in the search box placed at the top of the screen. The folders are also automatically organized according to Health and Fitness, Social, etc. 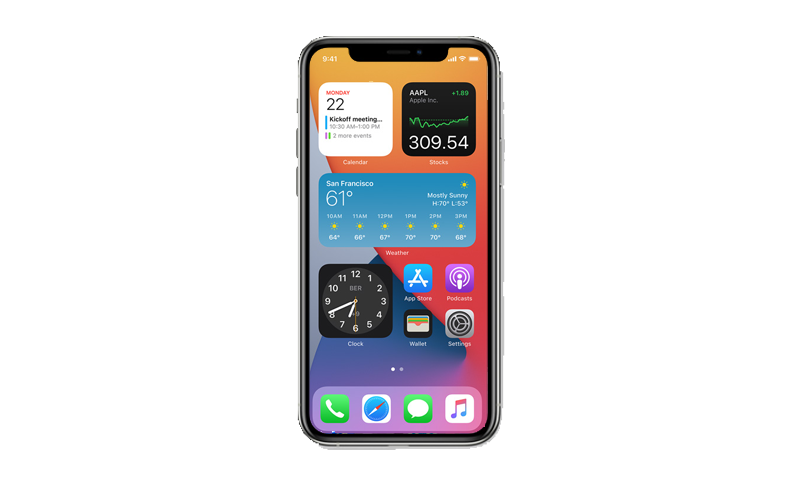 Widgets have been an integral part of the iOS ecosystem for a very long time but only at the backdrop as a vertical list of full-width boxes.

With iOS 14 the tech giant is changing the widgets experience. They are now designed to have a bunch of new sizes and with more information. Above all, they can be dragged to the home screen. 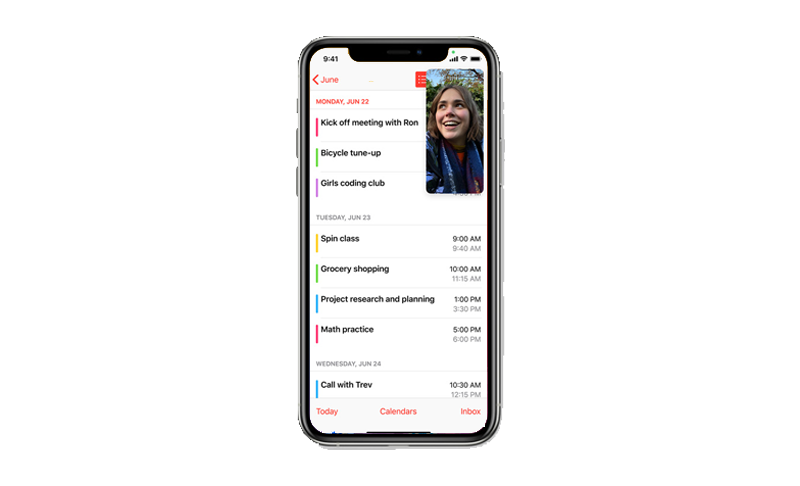 PIP mode is finally coming to the iPhone with the iOS 14 version. When making a FaceTime call or watching a video, you can easily swipe back to the home screen while the video or call screen will continue to appear on the screen.

The users can even move the box around the screen or simply swipe it aside to make the tab little. 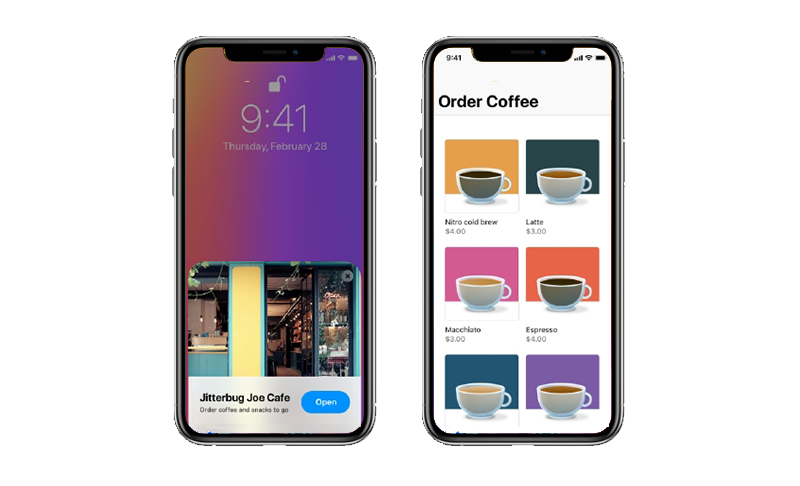 Taking inspiration from Google yet again, especially after Tim Cook agreed to relying on Google Search, Apple has launched App Clips with iOS 14. These are micro parts of the applications that enable users to use parts of apps without downloading, installing or signing up to the app to perform the tasks.

iPhone app developers create App Clips ensuring that the experience is under 10 MB. They are also encouraged by Apple to use the Apple Pay and Sign In with Apple facility to prevent users from creating or logging in the application. With the ability of getting triggered through maps, web, messages, QR codes, and NFC tags App clips can help businesses acquire new customers.

Apple has always maintained a leg up in the Android vs iOS security faceoff and with iOS 14, the list of privacy features have been expanded.

Users can give the apps details of their approximate location instead of exact location. Additionally, when an application asks for photos, you can select to share specific photos instead of the complete library.

It was only a while back when Apple Arcade was launched as a means to transform the gaming industry. With iOS 14, Apple is showing users games their Game Center friends are playing, accessing the recent games played, and making it easy to find and sort the Arcade games.

Apple is expanding AR tools for every iphone app development company with ARKit 4. Launched with iOS 11, the tools now enable developers to place Location Anchors to make AR objects occupy a place in the real world. Additionally, a device with A12 Bionic chip can perform facial tracking with a front camera even when it’s not a TrueDepth module.

They have also introduced a Depth API for iOS app developers to develop 3D mesh environments on iPad Pro having a LiDAR scanner.

Along with the above mentioned list of features, the process of getting an app ready for iOS 14 calls for an ios app development company to notify the users if the application is collecting a unique device code known as IDFA. The IDFA is a randomly generated code which Apple assigns to every device. The applications then use the codes for tying together the user activity.

Here’s an example of this in works: Through Facebook, a shopping app and weather app might access the identifier. The platform then uses the cross-app data for placing targeted ads for the advertisers in the app. 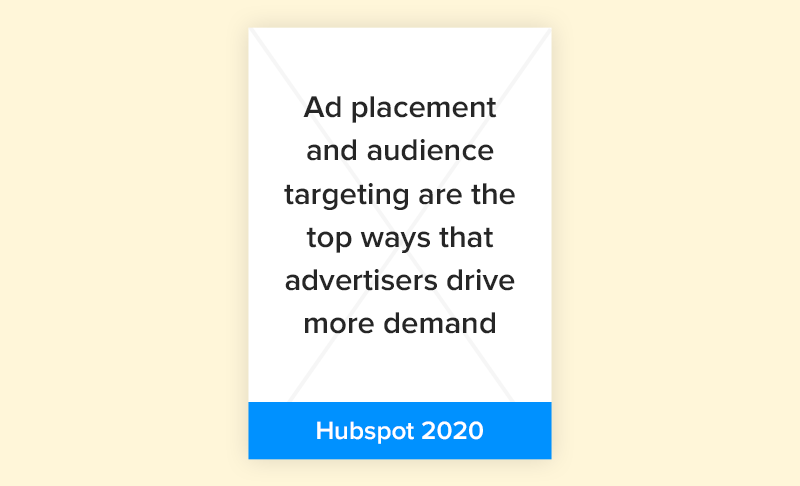 Facebook warned against the impact that the update would carry on how businesses promote themselves and monetize their advertisements. Facebook added, saying, “Because of advertisers’ reduced ability to accurately target and measure their campaigns, app developers and publishers should expect lower CPMs [i.e., views of their ads] on Audience Network and likely other ad networks on iOS.”

Let us dissect how iOS 14 would affect ad targeting in greater details.

How Will iOS 14 Changes Affect Mobile Marketing & What Can You Do About It?

By giving users the choice to opt-in IDFA, Apple has made it extremely difficult for businesses to make personalized advertisements. The event is even giving brands second thoughts on whether or not to migrate apps to iOS 14.

For the users who don’t opt for tracking, IDFA will return 0s, making the process useless. Ona  default mode, a user will be opted out right when they launch the app. Once they get the notification, they can decide to either opt-in or confirm opt-out on an app to app basis.

Several advertisement types like exclusion targeting, retargeting, segmentation, and lookalike audiences presently depend on the IDFA so this change will carry a deep impact on user acquisition and ad monetization.

Here’s how businesses can get their app ready for iOS 14 to take control of the opt-in IDFA update situation.

It is important for the advertisers to do a complete internal review of the present IDFA usage. There are a few things that you should ask your iOS application development agency to look at:

Gaining user content should be your next priority task. If the users opt-in, you would be able to return to the pre-iOS 14 stage with a greater competitive advantage of high consent rates. In fact, now would be the best time to get on the activity. You can:

Your BI stack should be prepared for both consent and no consent situations. You should look into:

Besides these three preparatory steps, you should also consult with your app marketing partner about the updated ways on how to perform user acquisition and revisit the ways that can be adopted to increase the numeric value of the answer to how much money you can earn through an app.

How Can App Clips Help Your Business Acquire More Customers