The Internet of Things refers to devices that collect and transmit data through the Internet. Heart monitors, smartphones, machines with built-in sensors and biochip responders are some of the IoT devices. There is no denying that the technology paves the way for the automation of several daily chores. On the other hand, this technology has the perspective to build a modern method on which the companies will operate. Hence, it is a most popular topic of conversation both in the workplace and outside of it. 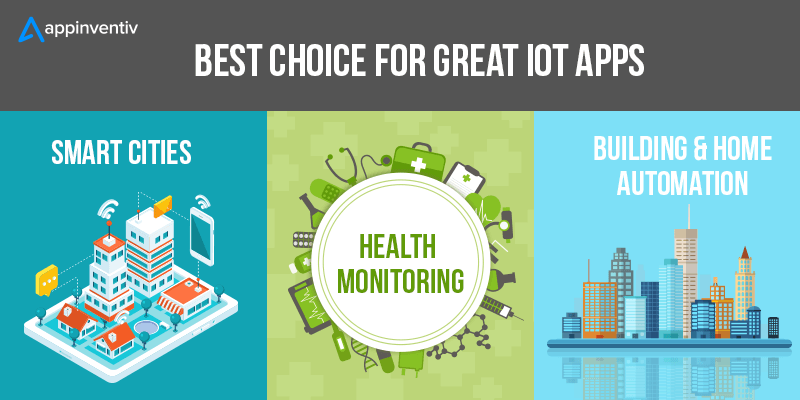 IoT enabled mobile apps to offer some amazing benefits and thus, the demand for the best IoT app development company is growing at a rapid pace. In this regard, renowned companies have managed to earn a strong reputation in the market by offering such apps. The developers of this firm have years of experience and are capable of providing best in class IoT based apps. However, before moving further, it is important to have a look at those areas where such apps have the potential for exponential growth.

Here, the technology can be used to monitor the vibration of buildings, monuments as well as bridges. Noise pollution can be controlled around hospitals and schools. In addition, traffic can be handled during peak hours, rains and accidents. Streets lights can be managed by automatically switching them on at the onset of darkness and switching them off in the presence of sunlight.

Bands and smartwatches are becoming the ultimate wearable devices. It not only combines the traditional watch functions, but several other features can be seen in a wearable device. The power of IoT apps on wearable devices allows users to automatically connect to devices around the home.

Such apps that take benefits of big data, ubiquitous and analytics are paving the way for smart city initiatives all over the world. Some amazing capabilities are introduced through these apps. Some of them include the ability to remotely monitor, manage as well as control devices and create new insights.

Innovative apps are used to monitor and control smart homes and intelligent buildings. Such apps are not only used to improve security but can also be used to reduce energy and the cost of maintenance. Areas, where these apps are used in building as well as home, include light and temperature control, energy optimization and access control etc.

The technology can be effectively used to identify health problems. It gives the power to check heart rate, digestive system and blood pressure to name a few. The information can be easily sent to the doctor for analysis. In addition, doctors can be called during emergencies.

There is no exaggeration in saying that this technology is taking over everything. If you are looking forward to having such mobile apps, then Contacting a leading app development agency is the best choice. Also explore the IoT app development cost and factors associated to kickstart your IoT development journey.This is because of it being the industry leader in IoT mobile apps development. Hiring such firm is like having a great tech team that is capable of offering apps that drive growth.