8 Ways You Can Earn Money from Clubhouse App

Clubhouse app appears to be trending in 2021. Why do you think it is witnessing an influx of interest in the recent weeks?

Clubhouse is the quintessential example of how to capture the short-lived, ever-deviating human frenzy in a jiffy. The social media app Clubhouse, which was still finding its feet in the beta-phase with a handful of users, shot to global stardom with assistance from the celebrated tech leader of the free world Elon Musk.

But what the h*** is Clubhouse? Why did Elon Musk bother to talk about it (or on it), and why are people scrambling to make money off it are some of the inquiries for which we have been searching solutions for.

These questions tend to bother two classes of people: One who is looking to build an app like Clubhouse and second people who are looking to make money by being active in the application.

Let’s jump right into it!

Clubhouse is an audio-chatting app conceptualized and engineered by the Silicon Valley entrepreneurial duo of Rohan Seth and Paul Davidson. The app offers rooms for discussions between two or more speakers that can be joined by listeners, without the option of intervention. Moderators reserve the right to allow the listeners to come in. Those in attendance (the listeners) have the option to raise a hand and seek permission to come in. 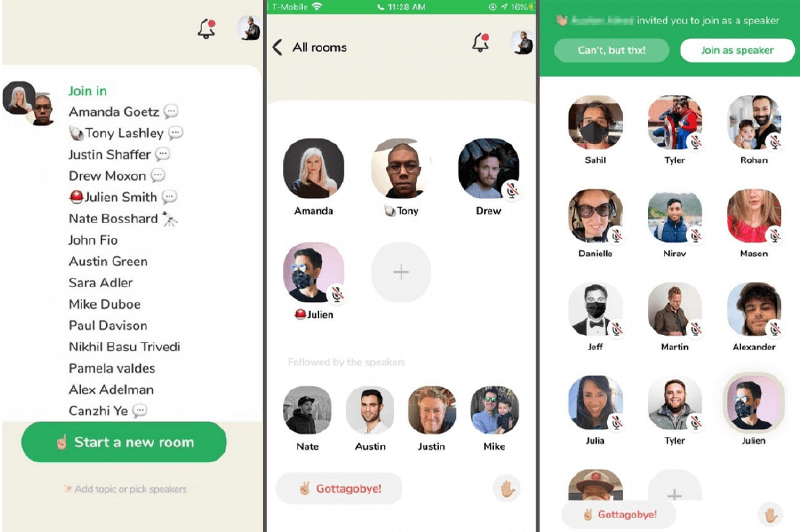 Think of it as listening to a podcast that is live-streamed and will neither be recorded nor stored for future-access. There is more to it. Membership rights are reserved for invite-only-pass holders with an iPhone. Yes, there is no Android version of the Clubhouse voice chat app, at least at the time of writing.

Subscribers can pick their interests upon logging into the app after which a list of upcoming or ongoing discussion rooms are displayed. They can tune in to a room of their choice and have the option of leaving the discussion as per whim. Its exclusivity, live-in-the-moment nature, and the no-nonsense attitude towards conversation hecklers accorded the Clubhouse voice chat application an identity that is hard to replicate.

Why is the Clubhouse App Trending?

As if the features weren’t cool enough, the app hit fever-pitch levels of overnight popularity when Elon Musk co-chaired a session with Robinhood co-founder Vlad Tenev and what panned out is history.

The Clubhouse audio social app was launched last year in March with an estimated 1500 beta-users. Today that figure has rocketed to about 2 million. In geographies where the internet is monitored to its finest details, Clubhouse memberships were being black marketed.

The reasons behind the glaring popularity of the Clubhouse app can be traced back to:

Although its iOS App Store page declares that an Android version is under development, don’t think people would wait for that long due to the fear of missing out on topical discussion rooms. 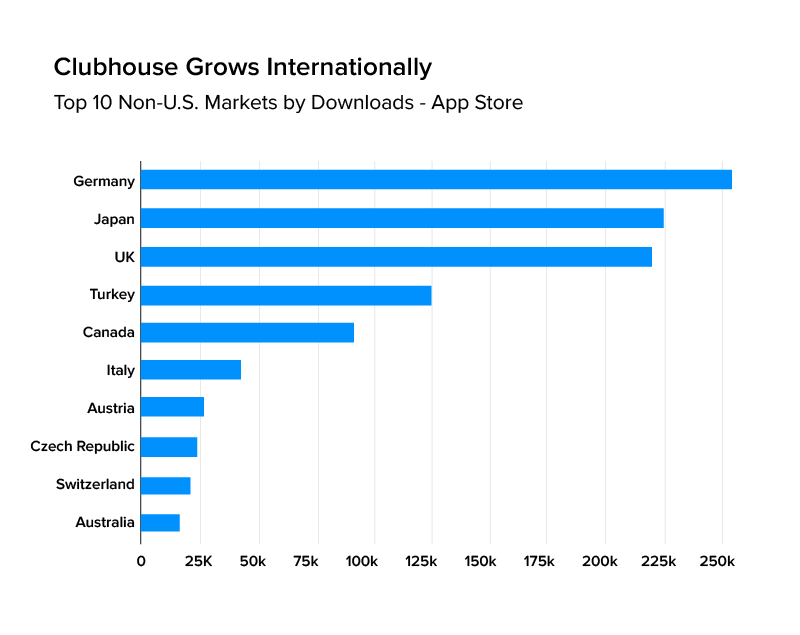 How to Make Money on the Clubhouse App?

With the core team of the voice app Clubhouse investing judiciously in development timeframes to ensure a cutting-edge product, startup apps from lateral industries such as advertising, merchandising, event management, and sponsorships have loosened their horses to think of ways to monetize Clubhouse. With most talk being hearsay, we’ve shortlisted the best plausible options with which to make money on this chat app called Clubhouse.

Making money in the Clubhouse app or rather through it would be, in some cases, straightforward, especially for startup founders. To draw a parallel, Instagram and Twitter began as social networks to aggregate people on a single platform. Yet, with time they’ve become nebulae for an outflow of influencers who use the services to partner with each other. Money is an eventual by-product. If we come to think of it, then influencers could leverage the Clubhouse App, and mint money in similar ways. 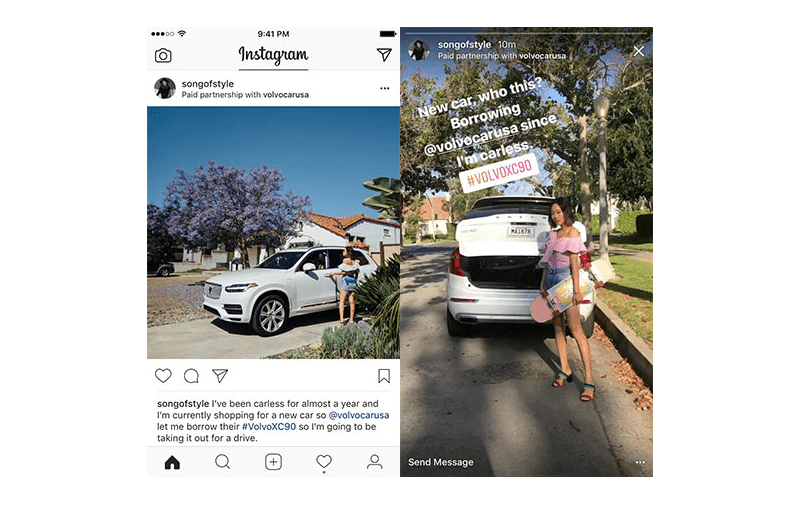 Again to understand this point just notice an Instagrammer with millions of followers. What do you observe? Aside from their staple USP, they can be seen promoting and using products under the guise of household favorites. Sponsorships can take a new form on the Clubhouse wherein after a gradual build-up of followers you can charge brands for impaneling you in a discussion. YouTube offers a clear use case for it.

The KPIs of such an agreement could include metrics like the total audience, per capita listenership, engagement rate such as cross-questioning, hand-raising, etc.

Since the onset of the pandemic, leading publications faced a pressing need to reunite with followers through social networks in an unprecedented fashion. As per one survey, businesses organized 46.5% more webinars to establish a daily connection with the followers. Many even capitalized the audience turnover by charging a fee depending upon the guest list.

The social media application development wing of Appinventiv continues to receive requests for orders trying to incorporate video conferencing features in custom apps. Clubhouse influencers would do no different and charge consumers for every second of their experiential advice. Helen Pritchard is one example. Her best-seller programme sold for £1,500 on Clubhouse.

Ask Me Anything (AMA)

This is just another form of an online crash course. Bear in mind! you need to have a subject matter expertise and people to value the same. Provided you tick this box fine, there is no reason to believe why people wouldn’t pay a nominal fee to gain direct access to you. Facebook and Instagram Lives give us an advanced view of how things could look, which would of course be, minus the video.

Remember those YouTube videos incentivizing your time by offering you a discount coupon in the description for an Amazon purchase. There is every chance the same would happen on Clubhouse. We speak from experience as a social media app development company, with machine learning and AI capabilities, real-time audio functionality can up engagement rates multifold and open the doors to lead generation and conversion rates.

Content creation apps like TikTok and YouTube, reward content creators financially once they meet an eligibility criteria. Although the content on Clubhouse would be of a different format, content creators could still accept tips. This could either happen through an in-app tipping system, which is yet to be introduced in Clubhouse or through a third-party vendor such as PayPal. Comedians for instance turned to video conferencing apps for collaboration during the pandemic, some accepting payments in digital wallets while others doing it for free.

If speculation is to be believed, then Clubhouse is working on a monetization model of offering grants to content creators on the platform. When digital platforms garner millions in platform-traffic, they often innovate schemes to encourage people to do more and continue the trend.

Google has been rewarding people for ages through its Adsense program, which is essentially appreciating and acknowledging a website’s domain authority. As recent as last year, TikTok set aside a massive $200 million Creator Fund to aid high-performing content on the app.

This is one trend we see a plethora of Social Networking App Development Companies move towards these days. Offer pay-outs to the top 10% – 20%. Although such features uptick the collective social media app development cost, yet in the long run pay ample dividends. 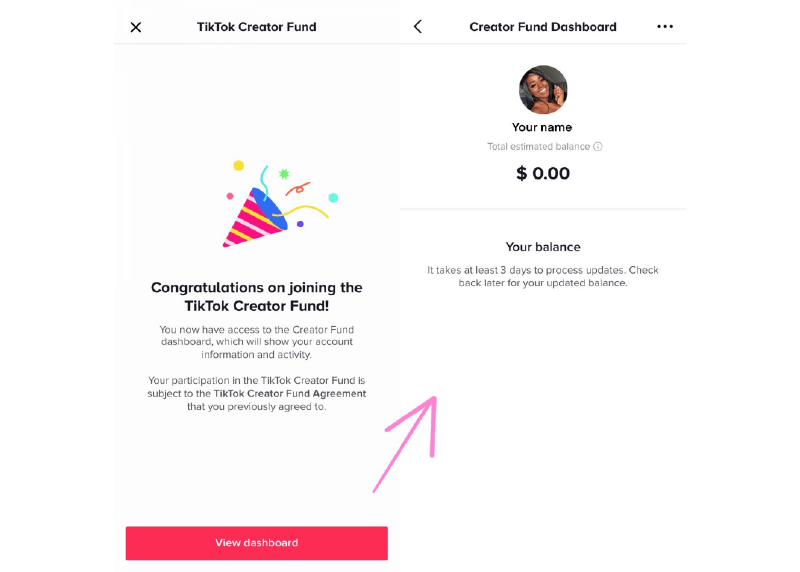 If the signs are anything to go by, then the app would be a hotbed for startups with an app idea to test the waters for an investment. Just as in Shark Tank or the equally popular series Dragon’s Den, there are discussion rooms that encourage members of the audience to come forward and pitch ideas.

The rooms are an open-invitation for public criticism (for those who can handle it) and doubt-clarification from investors whose radar is always active for the next big thing. For people wondering how to get investment on a mobile app startup or any product, maybe Clubhouse can be the answer.

We’ve answered the question of how to monetize your Clubhouse app account. Yet it is said that there is more scum out there than authenticity. Clubhouse being in the beta stage, that is, it would be non-committal in promising any of the in-app features we’ve discussed above. Their go-to-market strategy should be to take things as they come, and rightly so. The onus to stay vigilant and virtually distant from click baits offering a quick buck is on you, the subscriber.

[Also Read: How Much Does Clubhouse Like Social Media App Costs]

Appinventiv hosts some of the most creative minds when it comes to social media app developers. It is the most revered and reliable company for social media app development in USA, South Asia, and European Regions. But it is just one of our 50 shades. Our foray into on-demand requests for healthcare, real estate, entertainment, and event management (to name some) apps have earned us a reputation for being daring and successful. Explore our portfolio and decide for yourself!

If you think your idea and our muscle power can make a good combo, then get in touch with us.