Offline-first Apps: Why Your Mobile App Should Work In Offline Mode?

Around the globe over $2.7 billion currency is lost yearly because of a poor connection and bad internet speed. On a micro level, if an app does not load well more than 75% of the users would leave it, and additionally, more than 45% of users strongly feel that they won’t return to the apps which didn’t load.

As per some reports, the new research by Google has found 53% of mobile website visitors to leave the site if a webpage doesn’t load within three seconds.

There is a strong negative emotion that users carry towards applications not optimized for limited connectivity. This, when added to the fact that quarantines across the globe have made people more reliant on the internet resulting in a massive drop in download and streaming speed, is a bad sign for the app industry. The omen of lowered connectivity has turned app entrepreneurs towards offline apps. Also one should be careful and avoid any post launch app mistakes.

Before we get to the stage of dissecting what are the benefits of offline app development for businesses, especially in the current time, let us first peek into the state of internet connectivity across the US – a picture that validates the need for offline-first apps not just in the coronavirus times but till much after. 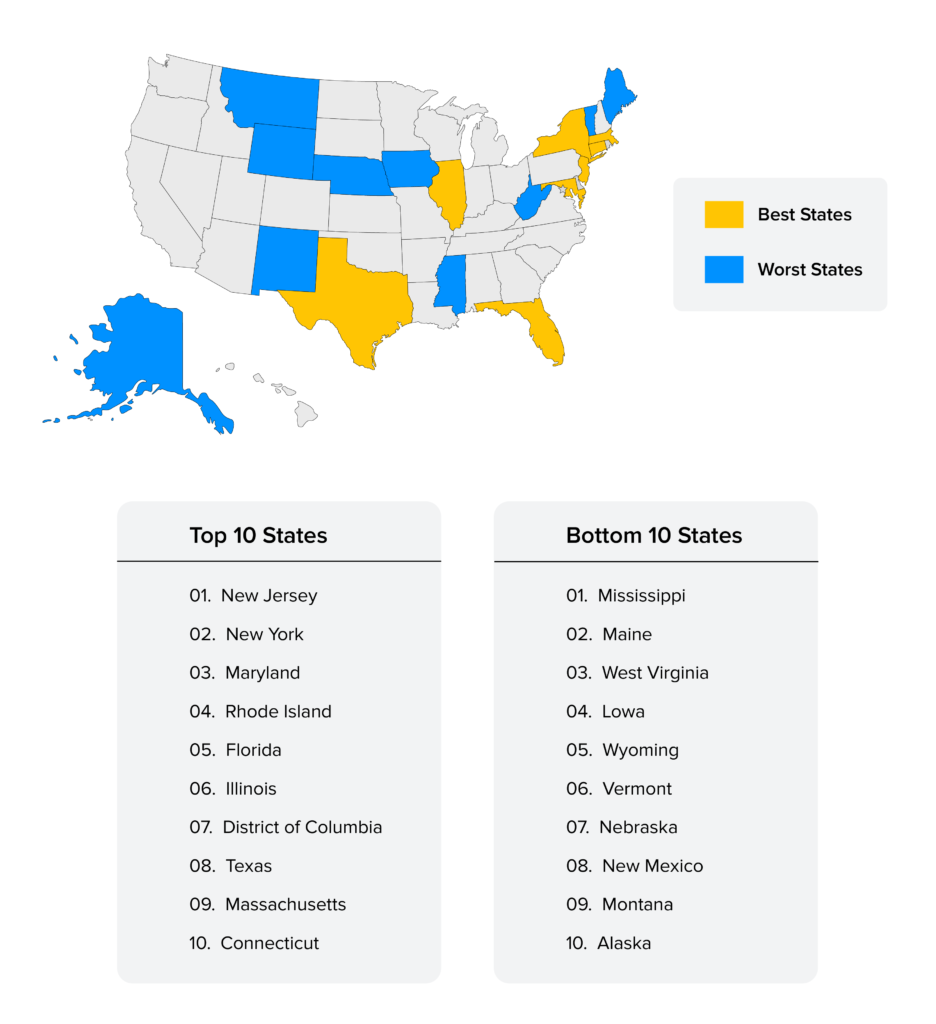 What are Offline First Applications?

Majority of the mobile applications in the market access a database located on servers and provide requested data to the users. Offline applications for android or iOS is a feature that permits the user to access mobile apps without the Internet.

The offline mobile applications, while still needing a server connection do not require a consistent internet connection. In this case, data is downloaded on users’ devices and can be accessed offline.

On a technical level, the offline first applications download updates from the server when a connection is available and simultaneously upload changes the users made when offline to the server.

What Are the Benefits of Offline Mobile Application Development?

The offline feature with its advantages is used by many famous apps such as Amazon Kindle, Uber, and Google Maps. Offline mode provides users the ease to use the app even when the internet connection is lost, flickering, slow, or low. Here are some benefits:

The first of the numerous benefits of offline mobile app development is that the user experience remains unaffected between high and limited connectivity. For a user the benefit of working seamlessly online and offline results in greater loyalty and return visits.

When you store all the data on the server, you must ensure that there is a powerful network and a stable connection. Additionally, the responsibility of providing the perfect condition also falls down on you.

While it is an unmissable stage, you can ease the work with offline app development. In this case, you will have to update information on the server when necessary and possible. The only thing you will have to worry about is choosing the best local database. You can either go with either of the react-native local databases or make a choice between MySQL and MongoDB.

Since offline mobile app does not rely on servers or the internet speed, they load faster. The users get to enjoy working on the application irrespective of whether they are in a fluctuating network state or on airplane mode.

An application which is not dependent on an active internet connection is always a step ahead in competition compared to one that works only through the internet. This is the number one reason why brands like Google, Spotify, Kindle, etc. have an unmatched customer experience backing their growth.

This is one of the most valuable advantages of an offline mobile application. It saves your phone’s battery that usually gets used more while traveling and leading to battery drainage and mobile shutting off when you are about to reach your destination. Using an offline app lets you avoid such conditions.

Although the benefits of offline apps give an impression that an offline running app is the route of app success, you have to realize that it is not a universal solution to every problem that comes associated with an unreliable network. The custom application development approach makes the most sense when you are working around features and use cases that put your app in an active state in a no-network area.

But when your app relies on making financial transactions or keeping people updated with real-time updates like cricket scores or share market, going offline-first will deem to be unsuccessful.

Is Offline-First Application Development a Necessity? An IFTTT Answer

A good starting point when developing an offline first mobile app is to know whether your app will be used in areas having poor signal – these can vary from apps that travelers use to being a key feature in enterprise applications.

If your application needs features that are dependent on being online at all times, it would be best to not work on an offline-first option. But if your application is more on data recording or consuming content – basically, one where interaction is not a mandate, you must go with the approach.

Searching for large data volumes can be difficult when your users are working with low and unreliable connections. You can better the experience by implementing a lightweight version of the online database.

If these three points stand true in your case – meaning taking an offline-first approach makes the most sense for your business, the next step would be to know how to get started. While your partnered mobile app development company would perform the technicalities, it won’t harm to be in the know-how of the changes that will happen in your app when it moves from an online to an offline state. Let’s have a look at the small guide to building an offline first app in the next section.

Show a Proper UI for the Offline State

Communication is the key to a successful customer experience strategy. You should notify the users when the application detects low or unavailable network conditions. This can be done both by displaying a blank interface or via a popup message. 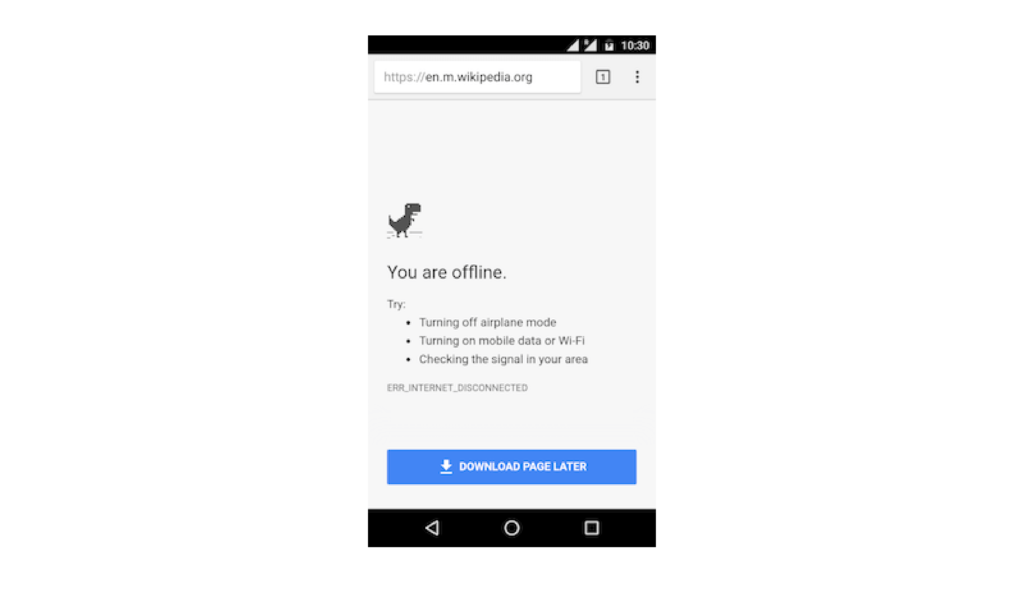 In case of applications that work with limited connectivity, the static information gets downloaded and stored locally when it first loads. The information generally is of the kind that is not altered frequently.

An example of this can be seen in Google Maps. It comes with offline functionality that enables users to navigate locations on a map and expand to some level of detail even when the connection fails. 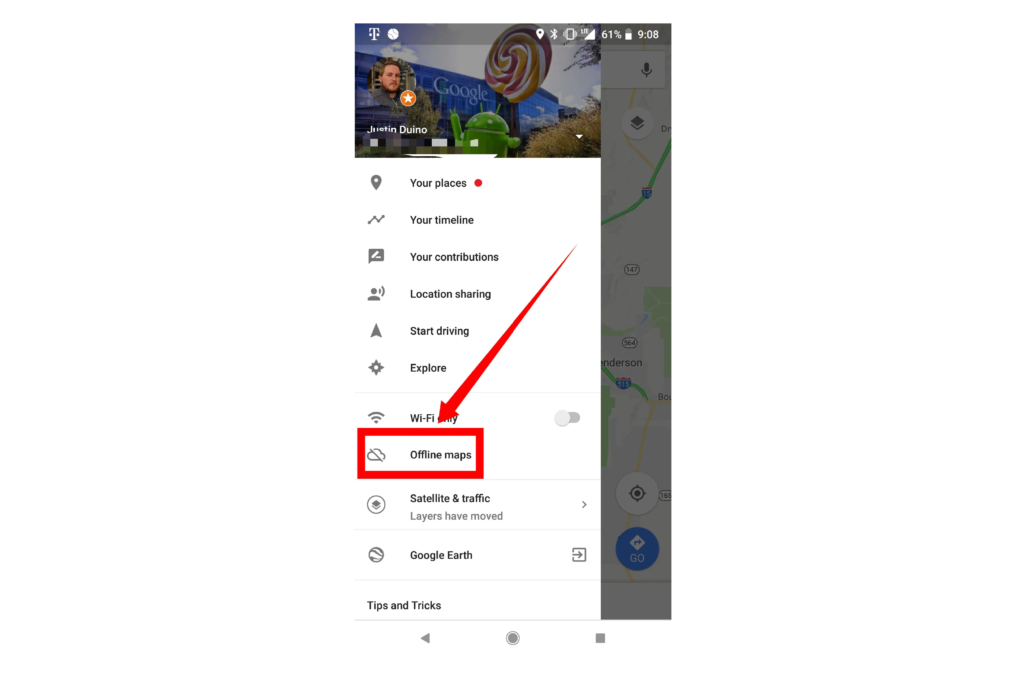 Unlike in the case of static caching, dynamic cache data are expected to be updated constantly. To enable this in a limited connectivity environment, users’ information is stored temporarily in the local cache (a process most commonly seen in PWAs) – this prevents blank screens during the offline mode.

In this case, the data is uploaded automatically in place of manually. With the help of advanced synchronization protocols, the offline mobile app development that makes use of this method can transfer the changed data version and the actions taken to edit it?

Q. What’s the use of having apps in offline mode?

These days, people are purchasing goods and services through smartphones yet there are numerous regions with very little network inclusion and surprisingly no coverage by any means. Thus, to experience such issues, the mobile application ought to have office mode.

Q. What are the various types of offline apps?

Q. What does it cost to build an app with offline mode?

The expense to create an application with offline mode relies upon factors like components, plan complexity, the nation of the development group, development stages, testing, and so forth.

At Appinventiv our answer to how to make an app offline lies in multiple considerations. We ensure that your application works with the best local databases, has a seamless workflow integration, faces zero data security and protection issues, and promises seamless connectivity.

Our developers are skilled in not just efficient online-first app development, which comes almost naturally to them, they also have the right mindset and technical know-how to build a offline-first mobile application.