For a sector that has been on a roller coaster ride of innovation and growth ever since the launch of both Android and iOS platforms, 2017 was its year of activity.

Last year came with a lot of new technologies and trends that were designed to make the app industry user friendly and innovative. If 2017 was about introductions, 2018 is about application and growth.

As the industry steps into 2018, there are a number stats and facts that has followed it from 2017, which has set a platform that is open for exploration and innovativeness. With the foundation set on most of the new technology entrants, there is a lot to look forward to this year when the industry will reach maturity level.

Let us look at the 2018 Mobile App Predictions, as set by the Top Mobile App Development Trends of 2017 –

With mobile apps extending their reach to a greater number of industries, app monetization is on a rise. It is expected that the global consumer spending will cross $110 Billion, after growing at a rate of 30% every year. The trend is a hint towards how app economy has now reached its maturity level, where it is offering real value for which users are ready to pay.

2. Phablet will dominate the device category list on which mobile apps will be used

Just like 2016, Phablets won the most active device race again in 2017, with 55% users opting for the device for working on their mobile applications. Seeing the increase from 41% in 2016, it is safe to assume that the device type will also rule 2018.

Second to the device type that is a blend of tablets and medium configuration phones, standing at 35% middle level phones were the ones most used.

3. Mobile Journey: What Apps Users will Move Towards and From Where

Irrespective of what Operating System the users were functioning in, almost half (46%) of the sessions started with Communication apps as soon as the device was unlocked. Next, the users moved to launch web browsers, which counts for 16% of the session time. Utility apps like App Stores, Contacts, Gallery etc. stands at the third operation of a session, with 10% of the total session time.

While these are the three categories users will continue to move around when their device is unlocked, Entertainment apps like YouTube, SnapChat, and Netflix will also find itself in the journey at 5.5%, but not at the start point. Along with the entertainment apps, gaming apps will also find itself amounting to 3.7% of the total device session time.

In June 2017, both Google and Apple announced changes to Play Store and iOS Store aimed at better showcase of editorial content and app curation. This has made both Play Store and Apple Store powerful platforms for the less famous apps launched by independent publishers.

This will give the lesser known apps an opportunity to be visible and come at the same level as that of their renowned app counterparts.

5. Demand for Video Streaming Apps will Continue to Rise

2017 was an extraordinary year for Video Streaming apps. The app category has been single handedly responsible for 85% and 70% increase in annual spending in iOS and Google Play respectively. Our expectation is that in 2018, the number of streaming apps on users’ devices will rise from just one.

The biggest names of the video streaming industry – Netflix, Snap, and Disney etc. have announced their plans to continue investing in the category. This trend guarantees that the category will continue to witness steady growth in both engagement and revenue, with more players coming in to take a piece of the profitable sector. 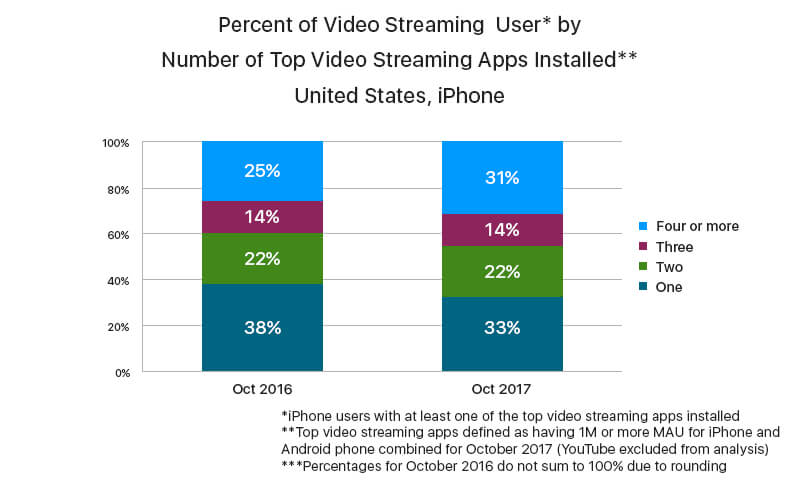 6. Instant Apps will Continue to Give App Stores Quality Check

By giving users the freedom to first try and then install the apps that they actually use, Google will be adding the “Try Now” option to more apps than the current limited list. Clicking on it, users will get a preview of the app with very basic features, without the need to install the app on their devices.

Introduced in 2017, Instant Apps were limited to just seven to eight apps in the store, but in 2018, it will be available to greater number of apps – a move that will bring an inordinate focus on quality.

With this move, Google has taken the ball out from app publishers’ court and has put it in users’ court.

For an app to have a chance at getting installed in user’s device, it will have to give an outstanding first point experience in the Preview Mode itself. This has already started bringing in a greater demand for android app development companies that could help app getting installed right after being ‘Tried’.

7. The Session Rate per App will Continue to be Low

As compared to 2016, the app session growth activity declined in 2017 to just 6% which was 11% in 2016. Even with the declining session rate, users now spending more than 5 hours on their smartphones, daily. But with a changed behavior.

As users are now spending more than five hours on their devices daily, they are dividing their time between new and old app experiences, instead of devoting to any specific app type. This movement has brought in a volatility in the session rate in a number of app categories –

Shopping category saw a rise by 54% as the consumers shifted their spending in mobile shopping apps. The adaptation of mPayment also played a major role behind the number. Media, music, and entertainment sat at 43% annual growth. While these categories rose to the occasion, Lifestyle and Gaming were the two categories that saw the least takers in 2017.

In another report by Vertoanalytics, it showed that the overall time spent has reduced in the social and news category, while it has risen for the travel and sports category. The trend hints toward the shift in content preference from once social centric to now sport and travel focused. 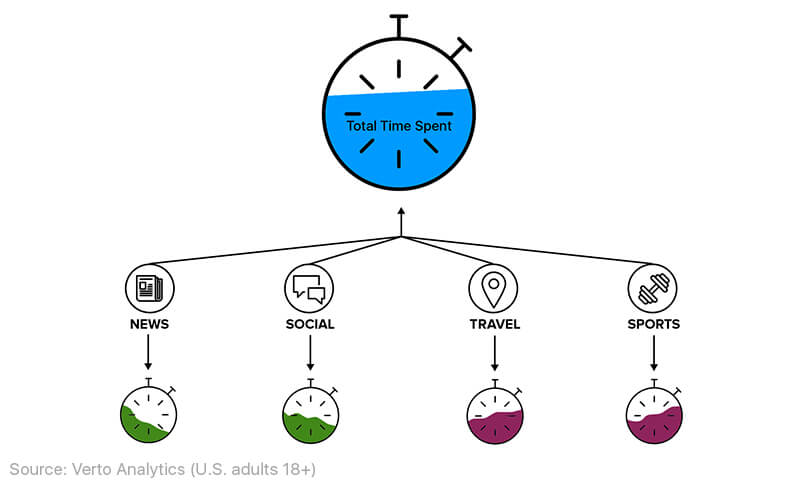 While being in the industry for quite some time, the adaptation of PWAs has been quite slow. The reason behind which can be attributed to lack of knowledge in the industry. But 2017 saw a number of brands investing in Progressive Web Apps, with all of them returning with similar experience that showed – faster page load time, greater conversion rate, lower bounce rate, and higher page session time.

With brands getting acknowledged with the vast benefits that PWAs has to offer, 2018 will see not just a greater acceptance of the technology but will also witness a shift from Native Apps to PWAs.

9. Blockchain will Place Itself in a Range of App Types

One of the most talked about technologies of our time, Blockchain, will find itself getting applied in a number of apps across a range of industries. From Real Estate to Healthcare and Payment, the technology will penetrate itself across a number of industries in 2018.

While the number of blockchain apps made live on the App Stores in 2017 were so few that they could be finger counted, the number will see a rise in 2018 with more brands exploring the security and ease benefits that the technology has laid its foundation on.

Are you ready for greater innovation and disruption?