8 Statistics That Prove IoT will become Massive from 2018

As estimated by an IHS survey, there was more than 20 Billion connected devices globally in 2017. Is 2018 the “Defining Year for IoT”?

With the world becoming more connected than ever, 2018 will be a significant period for Internet Of Things. The industry will be staring at greater investments, widespread adoption, rise in number of IoT app development services, and a place in the growth trajectory of a number of industries and economies alike.

In addition to this, there will be a rise in demand for IoT Mobile apps that would connect the devices, making them smarter. With this, 2018 will see a new found demand for an IoT Application Development company, which would have the necessary capabilities to connect the world.

Only with the support of the capable institutes, the world will be able to witness an array of innovations and growth around them in 2018 and beyond.

It is in 2018 that IoT will transform from its image of being a less paid attention to technology into the one that will be adopted by industries, globally and see major investments that will further its growth and innovation capabilities.

These factors that will get a greater share of focus in 2018, will contribute towards making IoT mainstream. And eventually, encouraging coders to look for tips to become an IoT developer.

Wit the support ready, let us look at the 8 Internet of Things Statistics that validates how IoT’s future will be paved with 2018 in the middle. 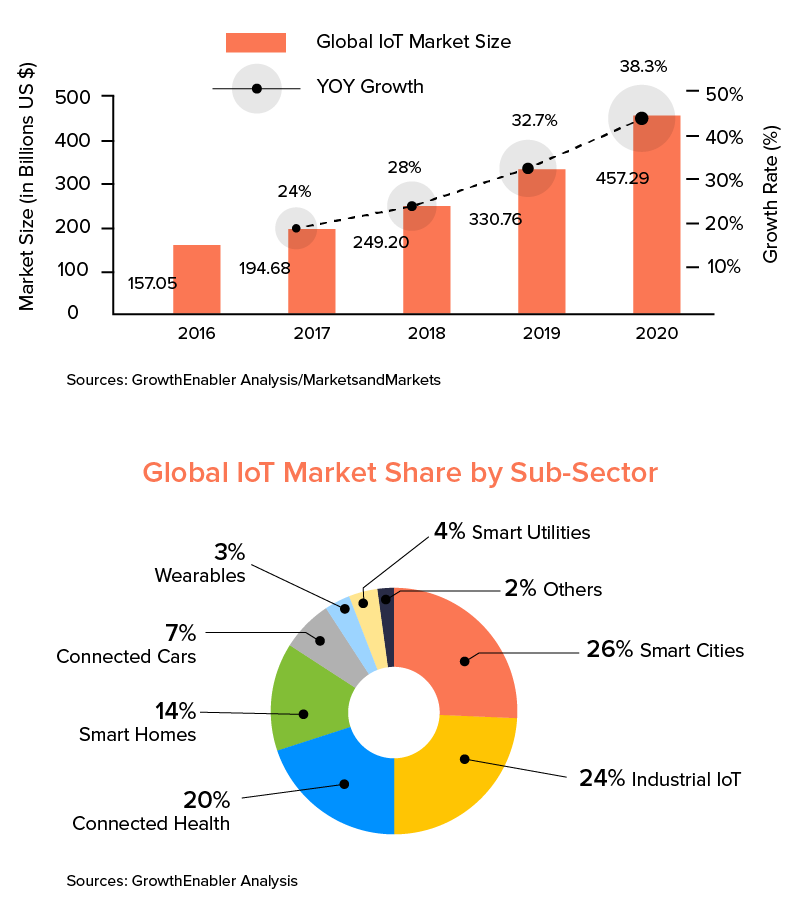 3. Bain forecasts that the B2B IoT market will make over $300 Billion yearly by 2020, which includes $85B of the industrial sector. It is estimated that the most competition in IoT will be seen in industrial and enterprise segments. Bain forecasts consumer apps will raise $150B by the year 2020, with the B2B apps being estimated at over $300B. 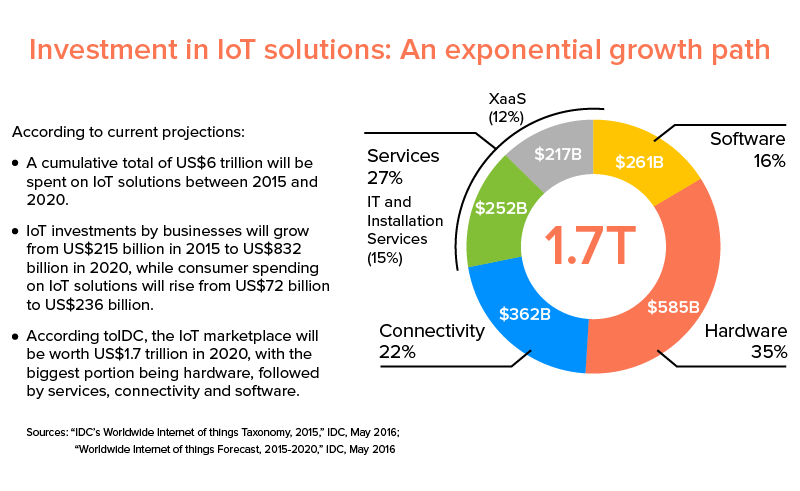 6. Refining the customer experiences (70%) and enabling safety (56%) are two domains enterprises have been using IoT solutions for, today. Attaining cost efficiencies, bettering the organization abilities, and gaining the supply chain visibility (53%) are the three most common uses of data that is generated using IoT solutions.

Enterprises expect that the IoT solutions will increase the revenue and open up new markets in the world. This estimate has led to a rise in Enterprise IoT Mobile Apps, worldwide. 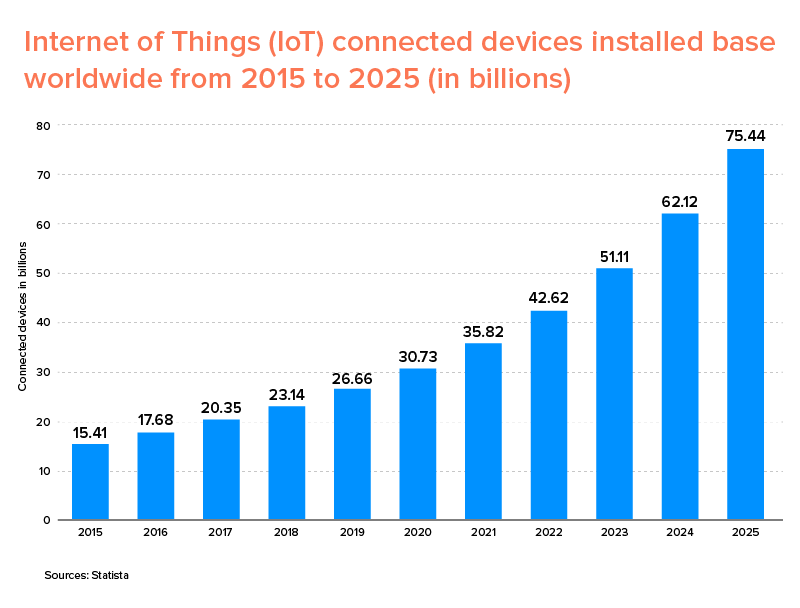 8. The premium research institute, McKinsey Global has estimated that IoT will make a yearly economic contribution between the ranges of $3.9T to $11.1T by the year 2025. Their prediction scenario consists of use cases and diverse settings including cities, factories, retail environments, and healthcare.

Now that you know how big the IoT market is going to be from 2018 on, let us delve a little into an element that will be the center of these innovations and growth – Mobile Apps.

The Need of IoT Application Development

While this is one example, there are a number of ways in which mobile apps have become an integral part of IoT.

It is impossible to talk about connecting devices without a mention of the only element that will be the bridge – IoT Mobile Apps.

There has been a constant demand for support required for building an IoT app, while it comes with its own set of challenges, the benefits are too loud to ignore. From Healthcare and Consumer electronics to Retail and connected Wearable Apps, there are a number of ways in which Mobile Apps have placed themselves in the middle of the Internet of Things revolution.

Are you ready to become a part of the time when the world will become connected?