A Brief Look at eSports – the Future of Sports Industry

IceFrog, the lead developer of Dota 2, has upgraded the game with the 7.25c update. The new update has introduced some important changes that change the experience of the game. Dota 2 has come of age.

Over the last 10 years, the Multiplayer Online Battle Arena (MOBA) has become one of the biggest games in the world, with a colossal Prize Pool where the last calculated figures stood at a whopping $34,330,068.

Such games boost the competitive nature of the eSports industry as it attracts a large number of people from all over the world.

What is eSports and why do people watch it?

Along with its share of synonyms, which include electronic sports, digital gaming, online gaming or any other neologisms that are coined every other day, eSports stands for providing a platform for mass entertainment where organized gaming events take place.

You can play either as an individual or as a part of a team. eSports has redefined the video gaming culture and many gaming companies generate obscene amounts of money through online platforms. Platforms like Twitch, Streamlabs, Nexplay, YouTube and now even Facebook allow 24/7 online gaming viewings. Through their services, people become part of the massive fandom with distinct tropes.

Terms like MOBA, FPS, MMORPG, RTS, etc. are the gaming genres that you find in online gaming portals. League of Legends, Fortnite, PUBG, Garena Free Fire, Dota 2, FIFA and Super Smash Bros are a few of the biggest franchises in the eSports industry.

Now that you know ‘what are eSports games’ and ‘how does eSports work’, the next aspect is an interesting one — why do people love watching it? The ‘why’ here is less subjective and more universal.

How do I corroborate that? Well, consider watching sports, any sport for the sake — say Football. The major football leagues have been postponed due to the coronavirus pandemic, but did that deter people from watching football online? There are innumerable interesting videos of teams, players, tournaments that people love seeing multiple times or have missed for the first time. Not only that, the fans love to see what their favourite sportspersons are doing in real life.

The basic aspect of gaming is it allows you to be in a virtual world, explore stuff and perform actions which are not a part of your routine lifestyle. That’s one major attraction. How does eSports escalate this? It provides a forum to see what millions of other people are doing, the gaming battlezones serve as a treat for the viewers and also a space for social interactions among players and spectators.

The online chat during live matches pumps up the tenacity of both the players and audiences alike as each expresses instant reactions during the gameplay paving the way for a healthy competition.

The visual aesthetics, the technical advancements, the captive storylines, everything engrosses the general public that’s why they love to play or pay to see others play.

The rise of eSports

The global eSports market is gigantic with 2018 ending with 380 million viewers as estimated by a Newzoo report. The report also predicts the numbers are likely to reach 557 million out of which 250 million would be dedicated enthusiasts and the rest 307 million will be occasional viewers. The market is expected to be worth a billion dollars and more as the number of players and viewers are increasing. 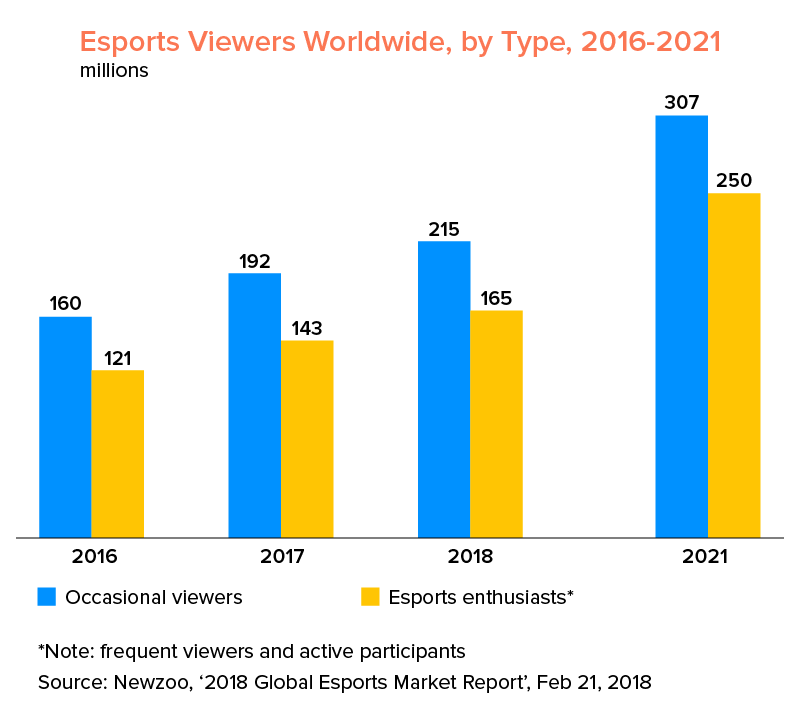 The Asia-Pacific market will witness a tremendous growth in eSports as it currently holds the lion’s share and the numbers will read something like $1.5 billion by 2022. It had a market share of 57% which was previously 51% in 2018. The second place is up for a tie between the US and Europe at $1.2 billion.

The awareness of online gaming is hugely increasing. People now know what is eSports gaming and why it is so addictive. Improvement in console-based experiences like Xbox and PlayStation has further boosted the urge for people to play and watch games. What multiplied the numbers were mobile applications.

During earlier times, people used to stream only via web portals and bigger screens. With many streaming platforms having their app formats ready and running, it has become easier for people to enjoy game-viewing through their smart devices.

eSports is also a pop culture phenomenon where people like to discuss gaming strategies and opinions which are hugely impactful. The scenario for the industry underwent drastic changes from having simple strategic narratives to creating a complex digital ecosystem. This has led to the creation of many eSports leagues which host the finest global tournaments, The IEM Katowice and League of Legends World Championship are two most popular gaming events. 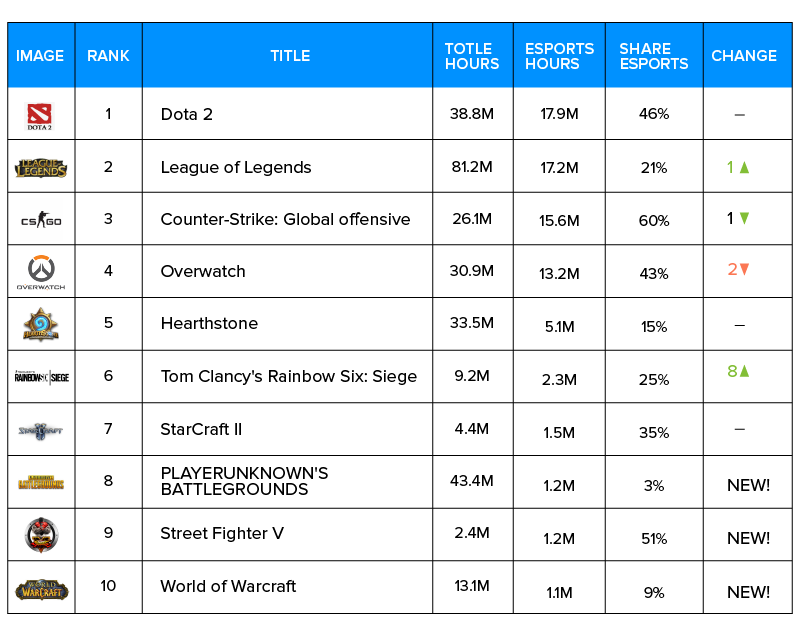 During the first quarter of 2018, audiences spent 17.9 million hours watching their favourite eSports athletes battle it out to make it big. Dota 2, League of Legends and Counter-Strike: Global Offensive were the games that grabbed the most number of eyeballs.

In fact, FIFA has its own edition called the FIFA eWorld Cup for console eSports players where, like the original format, 32 teams participate to win the Cup. The global pandemic due to the Covid-19 spread has created such opportunities for sports events like NBA and Formula 1 who have also introduced such modes. To hype it up, there are some world-class fantasy sports apps and platforms that have come up lately. 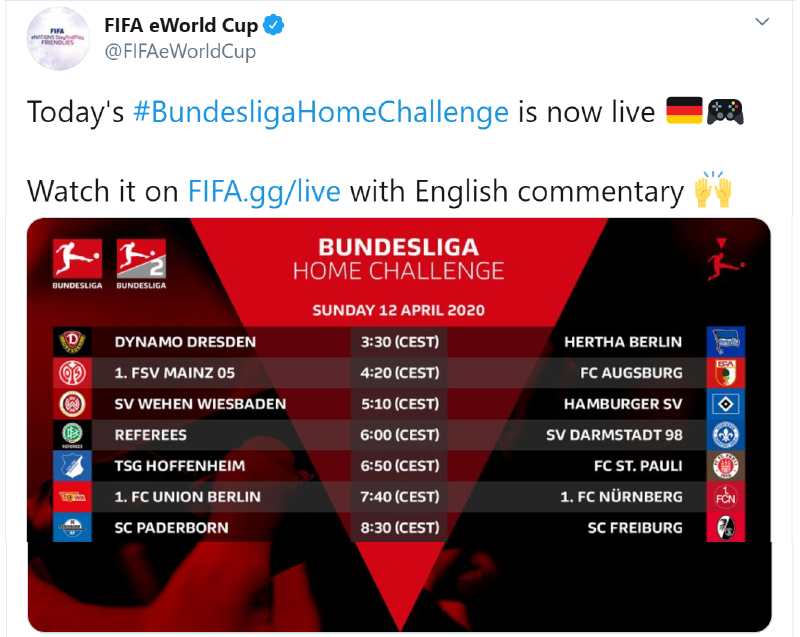 The above is a still from latest #BundesligaHomeChallenge timetable.

Trivia: The first eSports event was organized in 1972 called the ‘Intergalactic Spacewar Olympics’ at the Stanford University’s AI Lab. The first winners were given a year’s subscription of the Rolling Stone mag.

How do eSports orgs make money

Seeing such an unprecedented, although comprehensive growth, people had inquisitions. But now you know is eSports a billion-dollar industry or not and how steady it has grown with the internet. Another interesting aspect is how do the companies earn so much. Back in 2019, GTA online helped its producers, Rockstar earn $1.092 billion. This is just one game from which you can figure out how big the eSports industry is.

Trivia: GTA V was valued over $6 billion in 2018, the highest gross by any entertainment franchise.

Gaming companies who are creators of the top-grossing games earn insanely well. eSports companies majorly earn through sponsorships and advertising which roughly accounts to 80% of their statistics.

The rest of the revenue is generated via ticket sales, merchandising and media rights. Under the sponsorships and advertisements, you can clearly see product placements and recommendations, discount coupon codes on gaming equipment, brand clothes, etc. The ‘streamers’ are able to avail these discounts and offers with the T&C clause. More the sponsorships, bigger the growth of eSports. 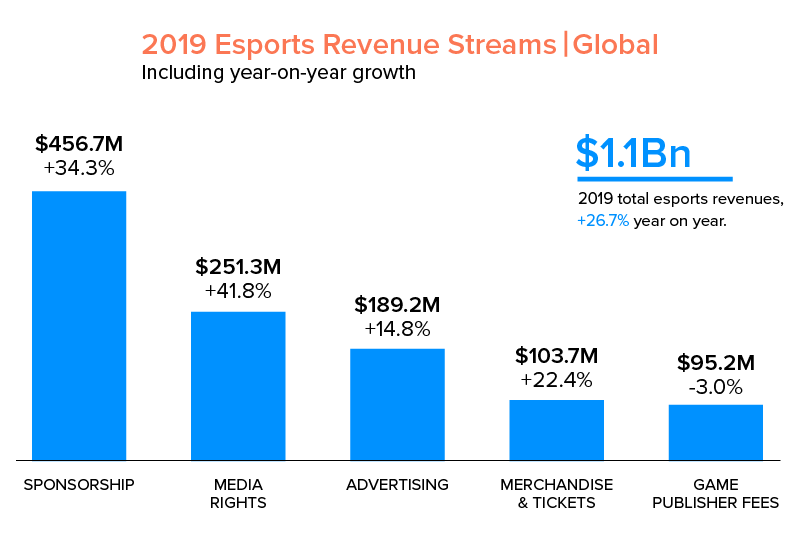 With more people flocking to online platforms, this has helped advertisers immensely. And also the lot consists of the fairly young which includes millennials and Gen Z mostly. This increases the scope of multinationals like Coca Cola, Intel, Mercedes-Benz and the others who are sponsoring the events/games and also reaping the benefits with massive returns.

All of this helps companies raise the stakes in deciding the winning amount. The revenues earned helped them to make the pool prize amount bigger with individual players making the million-dollar cut. 2019 took online gaming at its zenith with more than $211 million shelled out as prize money — the highest number ever calculated. A beacon that eSports future prize money will be much higher.

This has led to a tremendous increase in investments by venture capitalists and private equity firms. And the numbers have grossly increased. Where in 2017, investment raised were valued at $490 million, the amount raised just one year later touched $4.5 billion which is an unbelievable statistic with an 837% Year-over-Year Growth rate. Subsequently, this has helped agencies to raise the standards of sports app development.

The Future of eSports Industry

Despite representing the modern sporting culture, it has shaken hands with the traditional sporting world as well. In the Jakarta Asian Games, Digital Gaming made its debut as a demo sport, in the 2023 Pan American Games in Santiago, it is likely to be introduced and is being considered to be a side event at the Paris 2024 Olympics. The liaison is being discussed as an avant-garde sports confluence that will open newer avenues for the world.

Now that you’ve got the answer to the question that is eSports a billion-dollar industry, there is another noteworthy fact you should know. The grandest digital gaming competitions take place at stadiums and due to the pandemic, it has dented a major source of income for the organizers and game owners.

Nevertheless, once the virus steers clear, eSports future growth is on a steady uphill climb, and it will likely come out with newer ideas to make people fall in love with gaming.

Q) What is esports and why do people watch it?

Understanding eSports is simple — it is basically playing games online. Players, as individuals or in teams, participate to compete against each other and the winner takes away the rewards. People love watching it because it is highly addictive and they can cheer and interact with their favourite e-athletes watching them in real-time. It also provides a huge platform for discussion.

Q) How do Esports work?

They turn video game playing into sports. For example, Call of Duty and GTA San Andreas were introduced as console games but had developed an online multiplayer version as well. This helps to earn the franchises a lot of revenue.

Q) Is Esports a real sport?

An interesting question — to answer what is a sport, any game which requires hand-eye coordination, strategy and competitiveness is a sport. Except for the excessive physical labour, eSports have all of these.

Q) How to play esports?

Very Simple. You need to buy a game and see if it matches your system requirements. You can choose your gaming platform as per your wish. Go through tutorials and walkthroughs before starting out so you know what’s in the platter. Practice a lot. Join a team which has dedicated ‘eSportspersons’. You can attend training camps as well to have a learning curve.

Q) Is Esports worth investing in?

It is. YoY capital investments have increased 837% in a single year, taking it from less than 500 million to 4.5 billion in a single calendar year.

Q) What is the difference between esports and gaming?

eSports is an online multiplayer platform where many people are playing together to compete amongst themselves. There’s prize money for the winners. It is usually played in teams. Gaming, on the other hand, can be a leisure activity where one is not necessarily playing to win real prizes.

The idea of picking players and then running contests on the basis of their year-to-date statistics has been operational since some months after World War II. If we dig deeper, we can find the earliest published account of fantasy sports involving an Oakland businessman and his partner Wilfred Winkenbach - who devised the concept of…