Android Q Name: The Big Reveal Has Been Made

Android Q name – the one we have been waiting for ever since its first beta was released back in March – is finally revealed.

With this announcement, Google has officially put an end to our imagination of whether the Android Q’s release name would be Quaker Oats, Queen of Puddings, Quindim, or something else.

The name, however, is one that you would not have even thought of.

Android Q will be called Android 10.

It is not just the name that has become a hype in the market, Google has also launched various enticing Android 10 features only in a matter of few days.

These features, which were not announced at Google I/O 2019 conference, are expected to add sweetness to your Android experience. They are predicted to not just give users an escape from existing issues, but also offer something new to try.

[While we will talk about the new features in this article, you can check the already released Android Q features here]

The upcoming Android version, Android Q is coming with bubble chat heads, which are a popular element of Facebook Messenger family. 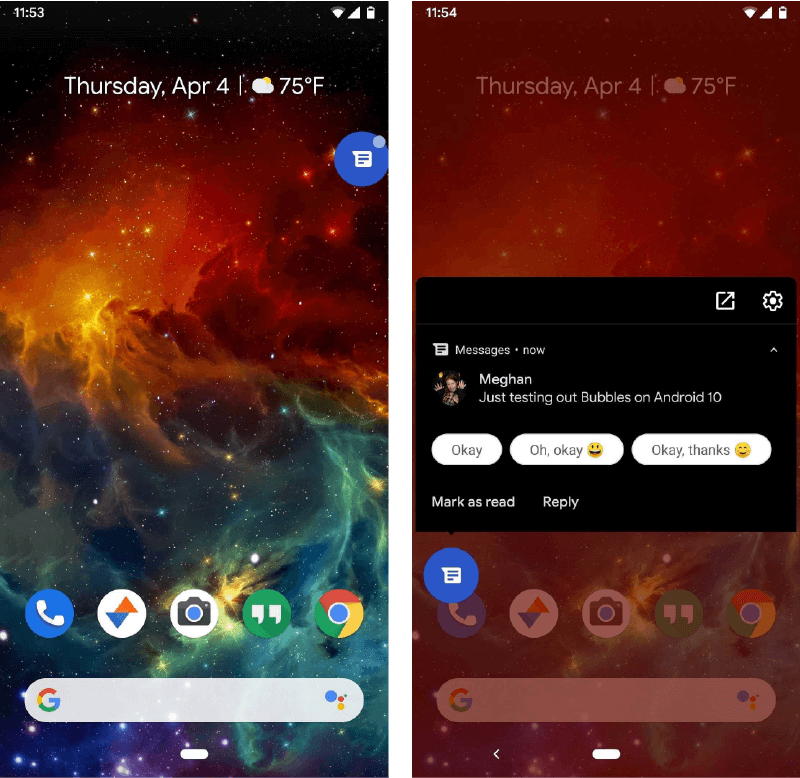 These ‘bubbles’ type icons can be overlayed on other apps and give users a quick access to the real-time interactions, when selected. In this way, they will aid the idea of multitasking and eventually enhance user experience on foldable smartphones.

Earlier, users were supposed to share password via text or other unencrypted modes of communication whenever it has been changed. This was increasing the risk of password been obtained and misused by a third person.

To fix this, Google has come up with a better WiFi password sharing method. Now, users can share password via QR code which can be scanned on Android (even older versions) and iPhones for instant connectivity. 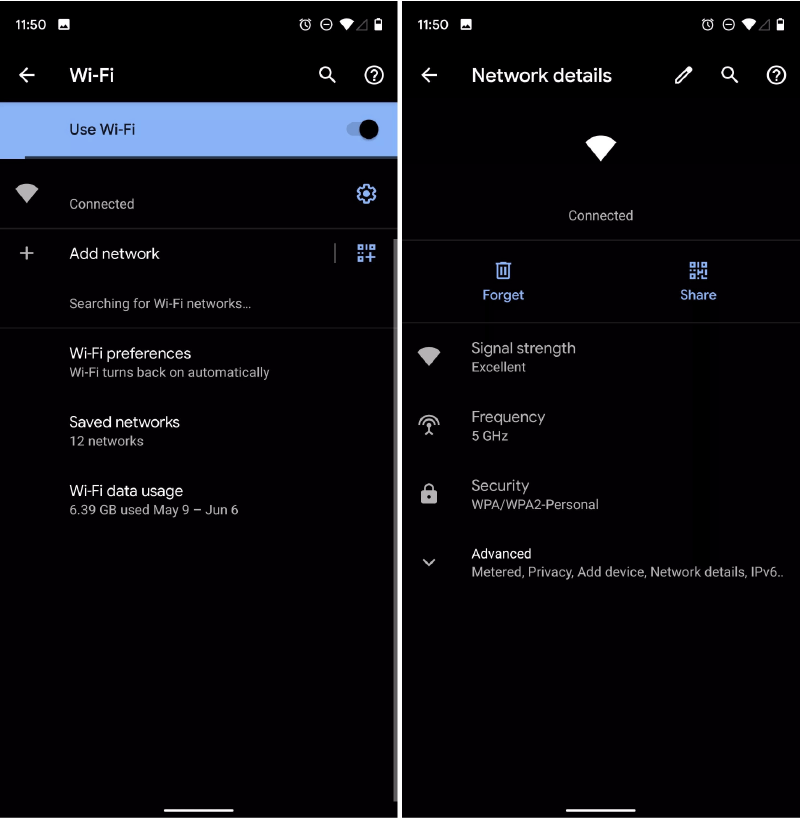 Besides, this feature can be activated only with proper authentication. Meaning, no one would be able to use WiFi even if they have taken/stolen your phone.

Note: Google has also considered users not having a QR code scanner in their devices while introducing this feature. And thus, has also offered password in ‘plain-text’ just below the QR code.

Another exciting features that the latest Android version 2019 is coming loaded with is an option to undo app removal. 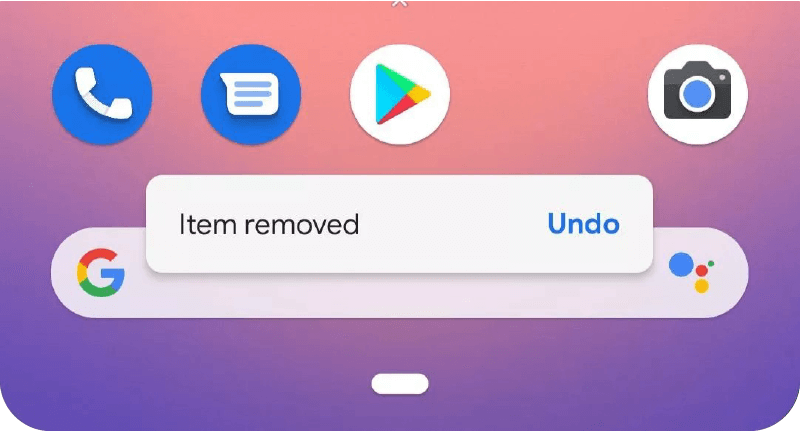 This feature facilitates users with an opportunity to undo app removal from the home screen within a few seconds.

While this seems like a minor change, it can be a boon for users who have accidentally removed an application and have forgotten the name. Or at least, do not wish to go through the pain of searching and installing the application again.

Support for Google Pay Cards is also one of the Android 10 features making users cheer with excitement.

This feature will enable users to pay from credit and debit cards saved on Google Pay with just a single long press on the power button. And in this way, fall in love with digital payment mechanism.

Android, so far, was lacking any direct medium to view which apps are accessing data on devices. But, with Android 10.0, this scenario will change.

Android Q offers an all-new Privacy section in the ‘settings’ section that will ease the process of discovering and revoking permissions for particular applications. 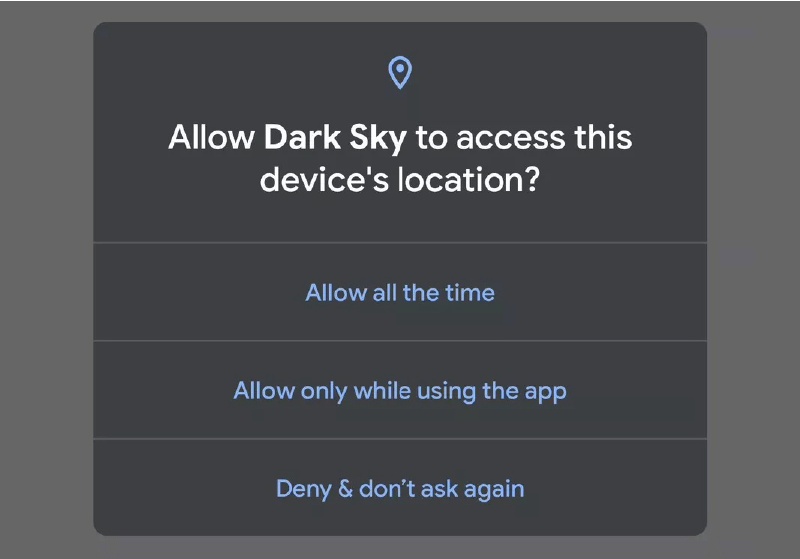 Now, users can decide if they wish to let apps access their real-time location throughout, never, or only when active. And eventually, enjoy better security as well as battery life.

b. Restricted Access to ‘Call Logs and Text Messages’

Android Q also provides an option under the ‘Developer’ section called “Restrict SMS & Call Log Access”. This option, when enabled, will confine access to default phone and messaging app only.

While Android Q name is enjoying the spotlight, the revamped bluetooth bar is also not lagging behind.

The all new Bluetooth bar is coming up with options that could make connectivity the best thing about Android experience. This includes:

With this, the new Bluetooth device will automatically connect to your device. 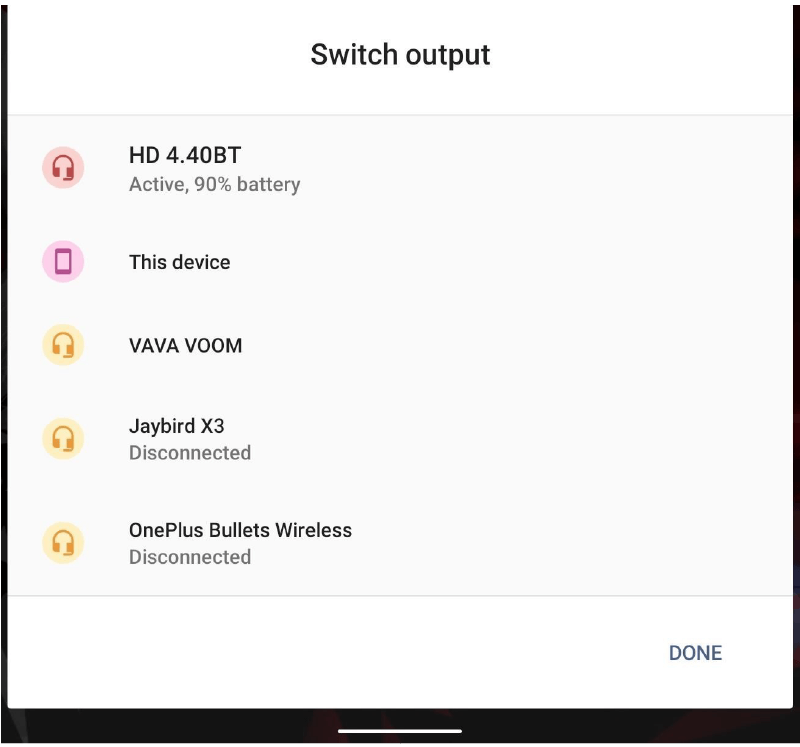 The experience of Android 10 dark theme will reach to the next level with the option of ‘Forced dark mode’ and ‘Override Dark mode’.

Google team realized that the dark mode appears in different shades on different devices depending on the display panel used. For example, it looks black on Pixel 3 devices, while it appears to be somewhat gray on the Essential PH -1. And the reason behind is that the former employs OLED panel while the latter relies on LCD.

This was emerging out as a challenge for Android app developers and users to have a common experience.

To mitigate this, Google has offered the option of ‘Force Dark’ that applies dark theme on any app without creating a new theme. In this way, the tech giant enables developers to provide dark mode experience to user faster than what could have been possible with any other tool.

Likewise, Google has introduced the option of ‘Override force-dark’ to empower users to activate dark mode even when the app does not have any theme.

Android Q is not coming with Desktop mode functionality, but also with support for freeform windows. 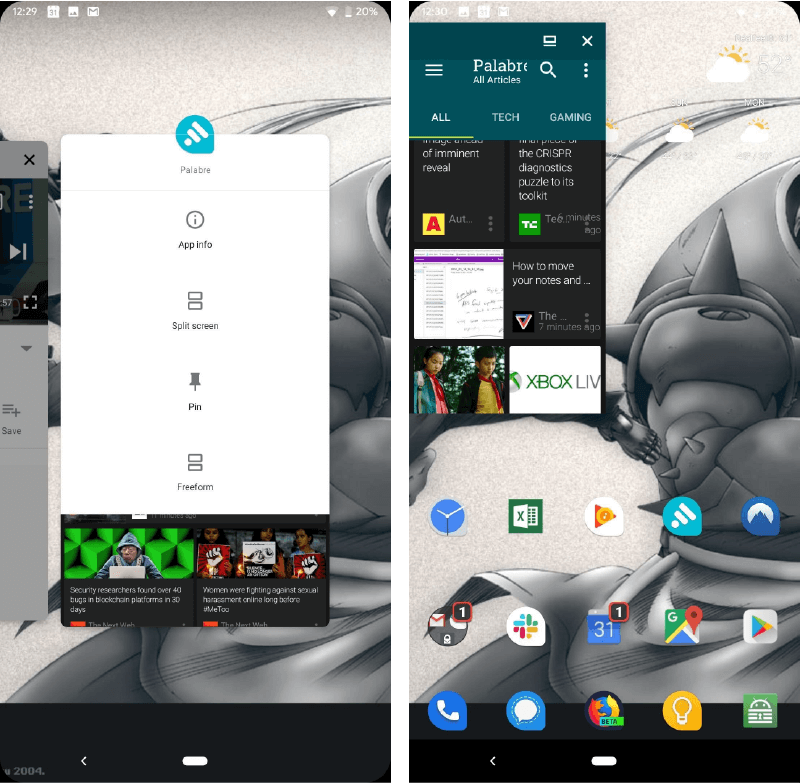 These windows, unlike PiP (Picture-in-Picture) mode, will be small rectangles that could overlay on top of other applications and resized as per users’ choice. Besides, these windows are not confined to videos; they can represent any page in the app.

While Google already announced Vulkan API in previous Android 10 beta version, they have made Vulkan 1.1 mandatory for any 64-bit device to run Android 10.

However, it will be an option for 34-bit devices.

Additionally, the tech giant has unveiled support for ANGLE – an open-source graphics engine abstraction layer and compatibility with OpenGL which is also a graphics engine.

Android Q supports TLS 1.3, the latest TLS standard for HTTPS security. This standard is 40% faster and secured that its preceding standard and thus, will deliver accelerated and protected experience. Something that will become the favorite of users, once Android 10 launches.

Additionally, various minor changes have been made in the features rolled out before Android Q beta 6 release. A few of them are:-

The journey that started in 2005 with naming Android’s 1.5 as ‘Cupcake’ has taken a new turn. After religiously following the tradition of naming Android versions after desserts, Google has finally decided to give up the idea.

They announced that Android Q will be called Android 10. Also, all the upcoming OS versions will be named in numeric form, implying Android 9 Pie was the last OS version with a sweet name.

But, what’s the reason behind breaking this 10-years history? What made Google let go of the exciting idea of making sweet meals the codename for their OS versions?

Let’s find out in the next section of this article.

After ruling the Internet with sweet emotions for years and making users guess what would be Android Q’s name, Google realized that this tradition is a barrier in delivering enhanced experience globally.

The team disclosed that these dessert names are not popular across boundaries. Since Android runs on around 2.5B devices, everything related to it must hold a global prominence. This implies, the names for each Android version must be picked such that they are known to everyone across the globe.

“Pies are not a dessert in some places, and marshmallows, while delicious, are not a popular treat in many parts of the world.”

They further shared that in various spoken languages, different alphabets sounds similar. This is further adding to confusion arising around Android versions names.

“In several languages, there is no distinguishable sound for the alphabet ‘L’ and ‘R’. So, when some people heard us say Android Lollipop out loud, it wasn’t intuitively clear that it referred to the version after KitKat.”

Another reason that they offered in support of their decision is that in various languages, names translate to words and letters that disturb the alphabetical order sequence. And eventually, make it inconvenient for users to comprehend the actual name of the Android OS version running on their device.

So, putting an end to these issues and deliver an improved experience to their audience, they have decided to switch from ‘sugary names’ to ‘boring numbers’ to represent OS versions. Something that is started with finalizing Android Q name to be Android 10.

While this is just one instance where Google has taken a major step in terms of delivering better user experience, many more have been recorded in the past few days. For example:-

1. Google has not just changed the name, but also the logos and colors to improve visibility. From Android 10 onwards, logos will be in black color – and not green.

“The logo is often paired with colours that can make it hard to see—so we came up with a new set of colour combinations that improve contrast. It’s a small change, but we found the green was hard to read, especially for people with visual impairments.”

2. The team redesigned Google Play Store to give a clear and appealing experience to Android users. The new play store is based on Material design with white interface, round-edged buttons, and relocation of tabs.

3. They also increased the app approval time to ensure that every application that go live on Play Store is safe and secure for users.

While Google has taken various steps during this journey from beta 1 to final beta, we will probably come across various other user-centric changes by the time Android 10 launches on its pre-decided release date, i.e, somewhere in Q3 2019.

So, let’s keep our fingers crossed and ears open for the upcoming news from Google.