Android 8.1 Update Rolled Out – Here are the Best New Features for Users and App Developers

Android 8.1 Oreo is finally released! Though it is not jam-packed with the features as observed in Android 8.0 Oreo, it is loaded with various new features and capabilities that will take your new year excitement to the next level.

Here’s everything new that Android 8.1 brings to the app developers and users –

According to the experts, you might not able to notice the speed. However, you will be impressed by the details your camera will capture. More interestingly, third-party cameras applications like SnapChat and Instagram will also be able to take advantage of this HDR’s superior processing feature.

The Android 8.1 has come up with the accessibility of Google’s Neural Networks API (NNAPI). This API will enable the app developers to make better smart applications based on machine learning, like language translation and speed recognition apps. This new update, as per the Android app developers, will also add TensorFlow Lite with which they can optimize AI-enabled features of their mobile apps.
Besides this, the new update will optimize the details of Android Oreo interface which means the main menu and widgets will be more responding to how dark/light the wallpaper is. The developers will also get the facility to build android apps that would be able to respond the main color of the wallpaper.

With Android 8.1 update, users will be able to add virtual characters like Foodmoji, Star Wars: The Last Jedi and 3D Text to their pictures and make their experience memorable. For this augmented reality experience, Google is relying on ARCore- the best alternative to Apple’s ARKit. 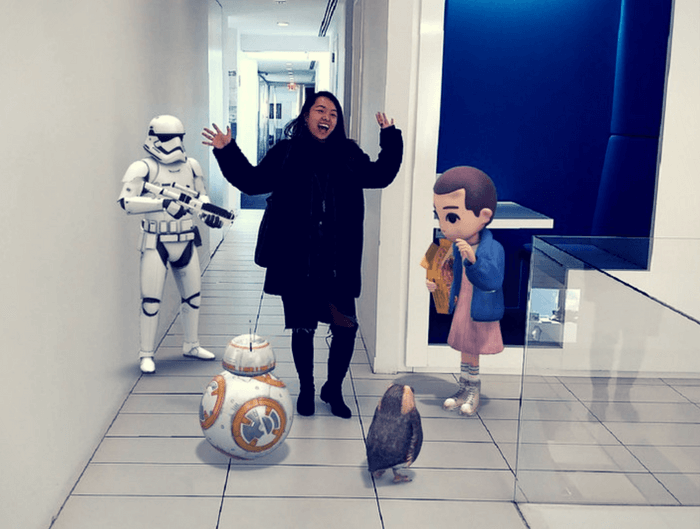 ARCore is less robust than Tango but has a higher future scope which was the main reason why Google decided to shut down its Tango project.

Google’s most pioneer project, Android Go, is available on Android 8.1 Oreo. As announced at Google I/O 2017, Android Go will be offering exclusive experience on low-quality devices. Google has amended the complete suite of apps, including Google Maps, Gmail, Google Assistant, Gmail, Gboard, Chrome, and Play Store to encourage all the Android application developers to support the platform.
Along with, Google has declared a new files app Files Go along with a new search app called Google Go.

Android 8.1 Oreo brought the Bluetooth battery display feature in the Bluetooth settings with which you will be able to know when your Bluetooth headset or earphones are about to die.

When compared to Android Oreo, the ambient display of Android 8.1 includes more data besides the notification icons and alarm settings.

Android 8.1 update is available on the Nexus 6P and 5X, Nokia 2 and Pixel devices (Pixel 1, Pixel 2, Pixel 1 XL, Pixel 2 XL, Pixel C tablet) right now. However, it is expected to available on more devices by the next year with more opportunities for android app developers and users.